Arsenal have handed starts to Shkodran Mustafi and Aaron Ramsey for their trip to Bournemouth.

The pair replace Gabriel and Lucas Perez while Francis Coquelin also comes in for Mohamed Elneny after Sunday’s win over Crystal Palace.

Elneny has travelled to Gabon to take part in the African Nations Cup with Egypt, while Mustafi replaces Gabriel after making his full recovery from a hamstring injury.

The Gunners can move to within six points of league leaders Chelsea if they win at the Vitality Stadium, with the Blues set to face Tottenham in a mouthwatering London derby tomorrow night. 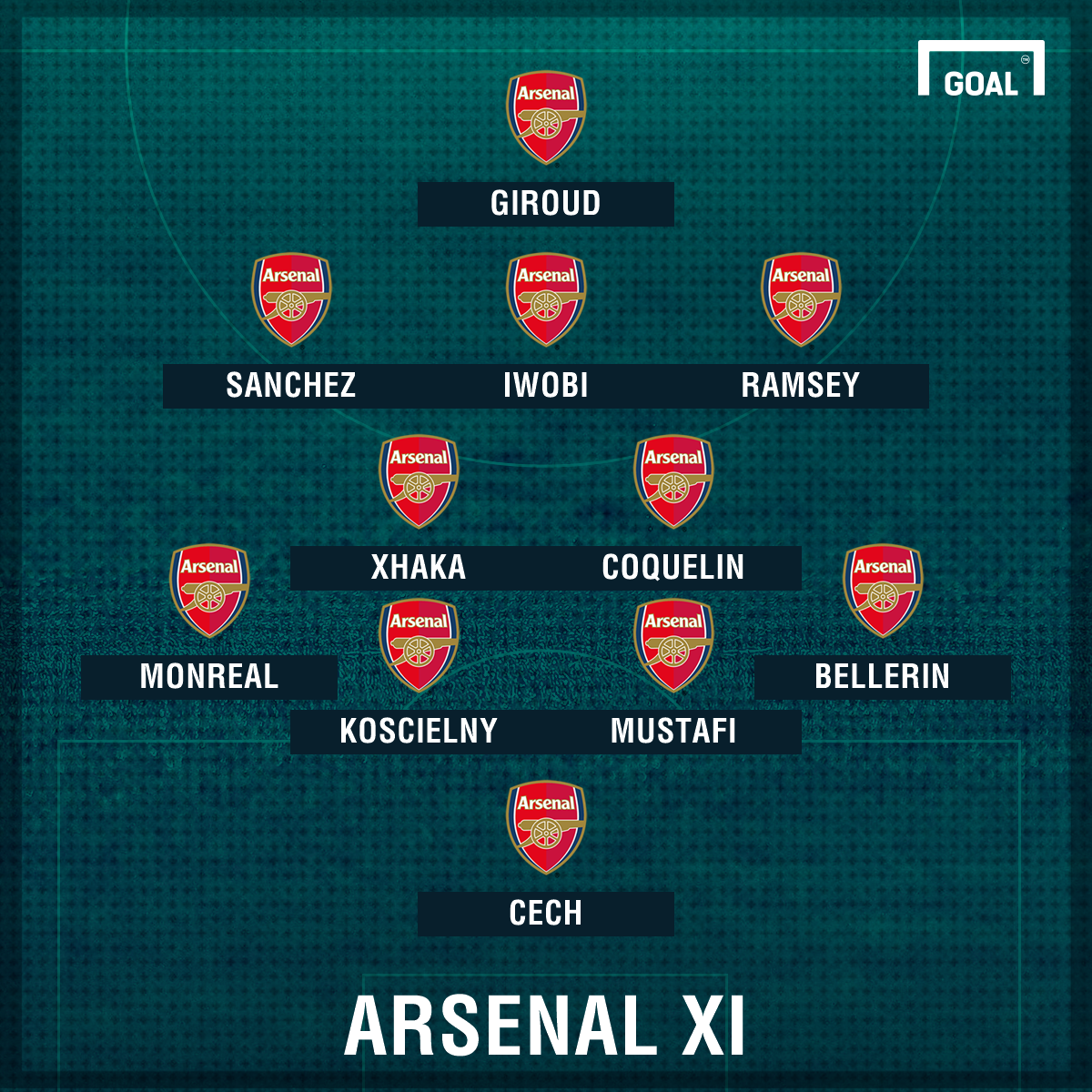