Silver lining: The 1,111,111,111th international break of the 2019/20 season gives us an opportunity to assess how each Premier League team has performed, so far, this campaign.

So, using quotes from Martin Scorsese’s filmography during the week of The Irishman’s release, let’s do it. Let’s assess how all 20 Premier League teams have fared during the first 12 weeks of the season. 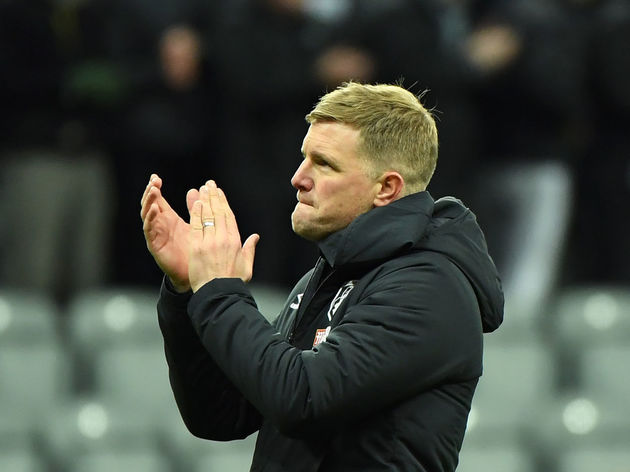 ​The Cherries aren’t as pretty, or as fun, as they used to be – but that isn’t necessarily a bad thing.

Sure the football isn’t as free-flowing, the goals aren’t as innumerate, and no one watches their game on Match of the Day, but Eddie Howe’s side seem to be tightening things up at the back in recent weeks.

You wasted eight aprons on that guy. (Goodfellas) ​Arsenal wasted £72m on a forward called Nicolas Pepe and they still have a negative goal difference. Hey, ​Aston Villa are back.

Sure, they’re not great – they’ve lost their last three games on the bounce – but at least they’ve looked a lot more competitive than the last time they were in the Premier League (which isn’t hard to be honest).

Some day a real rain will come. (Taxi Driver) Many, including me, expected a real rain to fall on the Amex Stadium this season; washing ​Brighton & Hove Albion back down to the Championship. But, quite surprisingly, Graham Potter’s team have been pretty decent.

Strong at the back and playing more expansive football than ever before, Brighton are, weirdly, here to stay.

You might be demonstrating a failure to show appreciation. (The Irishman) Put some respeck on the man’s name.

With this script, I’ll teach each and every one of you to be the best. (The Wolf of Wall Street) A promising young manager who loves the club? Check.

​Chelsea are the real deal.

To me, it meant being somebody in a neighbourhood full of nobodies. (Goodfellas) Wilfried Zaha currently sits 12th in the Premier League table, having won four of his first 12 games. Some of his best moments of the season include away wins over Manchester United and West Ham United, and a come-from-behind draw with Arsenal.

I got some bad ideas in my head. (The Colour of Money) The following are some of Marco Silva’s worst ideas:

– Deciding that Moise Kean is a right winger.

– Not practicing set-pieces EVER.

– Opting not to give Jordan Pickford growth hormones. ​Leicester City – led by big Brendy baps – have taken the fight to the supposed ‘big six’ during the first 12 weeks of the season.

And, so far, they’re better than five of the aforementioned ‘big six’,

They’ve scored the second more goals, won the second most games, have the second best goal difference, and are second in the table. Nice one.

This kid was great. They used to call him Spitshine Tommy, I swear to God! Now he’d make your shoes look like f**kin’ mirrors, ‘scuse my language. He was terrific, he was the best. He made a lot of money too. (Goodfellas) This team is great. They’ve won 11 of their 12 Premier League games, I swear to God! They’re eight points clear at the top of the f**kin’ table, ‘scuse my language. They are terrific, they are the best. They’re going to win a lot of trophies. You gotta have to things to win. You gotta have a great attack and a great defence. Now, ​Manchester City got too much of one (attackers) and not enough of the other (defenders).

What the f**k are you doing? You’re hanging around my f**kin’ neck like a vulture, like impending danger. (Goodfellas) Things have been going quite well for ​Manchester United in recent weeks. They’ve won five of their last six games in all competitions, and Anthony Martial is back fit and firing.

But there’s a vulture of impending danger hanging around their neck: their lack of squad depth.

The Red Devils are seemingly just one injury away from a descent into yet another crisis.

I tried, I tried hard, but I couldn’t save this movie from itself. (Gangs of New York) Steve Bruce is trying hard, but as each week passes it becomes more and more clear that Steve Bruce cannot save ​Newcastle United from itself. You always charge a guy with a gun! With a knife, you run away. (The Irishman) ​Sheffield United know what to do. ​Southampton were beaten 9-0 at home.

They aren’t exactly Norwich City, but they’re not much better.

I remember those cheers. They still ring in my ears. And for years they’ll remain in my thoughts.

Cause one night I took off my robe, and what’d I do? I forgot to wear shorts.

I recall every fall, every hook, every jab; the worst way a guy could get rid of his flab. As you know, my life wasn’t drab…though I’d rather hear you cheer, when I delve into Shakespeare. “A Horse, a Horse, my Kingdom for a Horse.”

I haven’t had a winner in six months. (Raging Bull) I remember the win over Ajax. The run to the UEFA Champions League final. And for years that will remain in my thoughts. But now when Tottenham play, what do they do? They lose.

Now I recall every goal conceded, every Hugo Lloris mistake, every soul-crushing home defeat; the worst way to start a season.

It feels like ​Tottenham Hotspur haven’t won a game in six months.

One of these days I’m gonna get ‘organised’. (Taxi Driver) One of these days, ​Watford’s immensely talented squad are going to click. And when they do, they’ll bound up the table. Failing to win any of your last six league games isn’t funny.

Neither is losing to Newcastle United.

Get your sh*t together lads.

I’m gonna win. There’s no way I’m goin’ down. I don’t go down for nobody. (Raging Bull) After a slow start, ​Wolverhampton Wanderers have found their feet in recent weeks by beating Manchester City and remaining unbeaten in all competitions ever since. Nice one.