Mikel Arteta’s wife has given a promising update on the recovery of her husband after he tested positive for the coronavirus.

Arsenal announced late on Thursday that various personnel at the club, including all first team players, had gone into self isolation after learning of Arteta’s condition.

The announcement came under an hour after the Premier League insisted that matches this weekend would continue as normal – a decision that was reversed soon after Arteta and Chelsea’s Callum Hudson-Odoi tested positive for the virus.

Arteta’s wife, Lorena Bernal, took to ​Instagram to provide an update on the state of the Arsenal head coach.

​“I want to say thank you to everyone who sent good vibes, texts, emails and calls, really it’s been overwhelming,” she said.

“I understand as well that you want to know what’s going on.

“My husband is feeling fine, he is well. It’s true that he had symptoms of the virus but the symptoms would have never stopped him from going to work in a normal situation.

“He would have just taken an ibuprofen or paracetamol and he would have gone to work so really, it’s nothing major.

“Some temperatures, some headaches but that’s it. That’s his experience. My kids and I are perfectly well.

“Apparently the virus is not lethal. It could be for a certain amount of people but the majority are going to go through it with mild symptoms.” 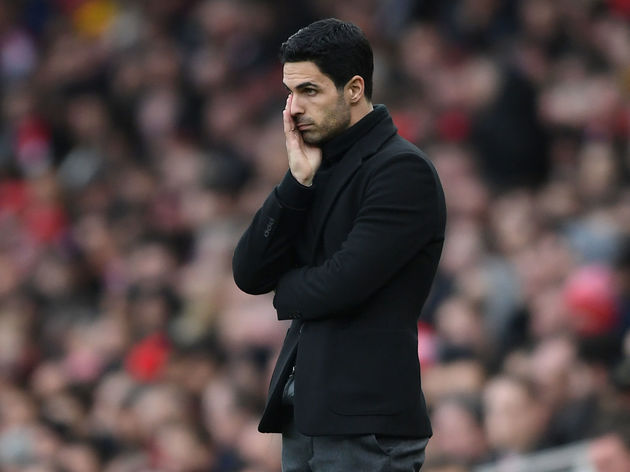 Arteta revealed in a statement on his own Instagram account ​on Friday that he was feeling better.

“Hi everyone,” he began. “Thanks for all the kind words and support. I’m feeling much better already.

“We are all facing a huge and unprecedented challenge. Everyone’s health is the only important thing right now. Respect and protect each other by following the guidelines and we’ll come through this all together.

“Well done to the Premier League for making the right decision by suspending matches. Thank you again.”