Arsenal manager Mikel Arteta is bracing himself for a “rollercoaster” ride as the race to finish in the fourth and final Champions League spot in the Premier League gathers pace.

Arsenal last played in the 2016-17 Champions League and though Arteta conceded he missed the competition, he remains focused on the job at hand. 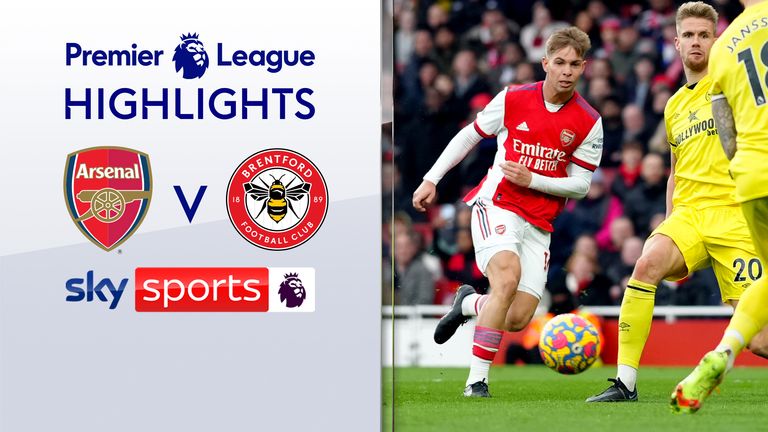 FREE TO WATCH: Highlights from Arsenal’s win against Brentford in the Premier League

“I think it’s going to be a bit of a rollercoaster,” he told reporters ahead of Thursday’s home league match against Wolves.

“There are moments when a team opens a gap and then (others) catch up. You see the fixtures we all have to play and they’re extremely tricky.

“(The players) know what every game means for us. We know where we are. That race is going to be right until the end. There are a lot of clubs involved. You see different results than expected. Points at home will be crucial.”

Arteta also responded to recent reports the club were looking to extend his contract, saying it has not yet been discussed. His current deal does not expire until the end of next season.

“I am really happy here, my aim is just to build with the club a winning team, a team that people enjoy watching, that they identify with,” Arteta said.

Arsenal are playing Wolves for a second time this month after December’s fixture was postponed. The Gunners beat them 1-0 on February 10, but Bruno Lage’s team have won five of their past six Premier League games and have the second-best defensive record in the division.

“The work the manager and coaching staff are doing is exceptional,” Arteta said.

Watch free highlights of the four midweek Premier League games – including Liverpool vs Leeds and Burnley vs Spurs on Wednesday – on SkySports.com and the Sky Sports App shortly after full-time.