Done Deal! Announcement Alert! Here we go! These are phrases we have become accustomed to during the transfer window.

If you are of an Arsenal persuasion, you heard this term far too often over the past month – for all the wrong reasons.

As the end of Deadline Day loomed nearer, surely the Gunners were going to buy a striker to offset their selling spree which culminated with the departure of former club captain Pierre-Emerick Aubameyang? It seemed to be a perfect opportunity to steal a march on their rivals for a top-four spot in the Premier League.

But it did not happen.

Goal droughts for Lacazette and Nketiah

There is a real need for Arsenal to get more from their forwards. Their main options in this position, Alexandre Lacazette (two) and Eddie Nketiah (zero), have scored two non-penalty Premier League goals between them this season. 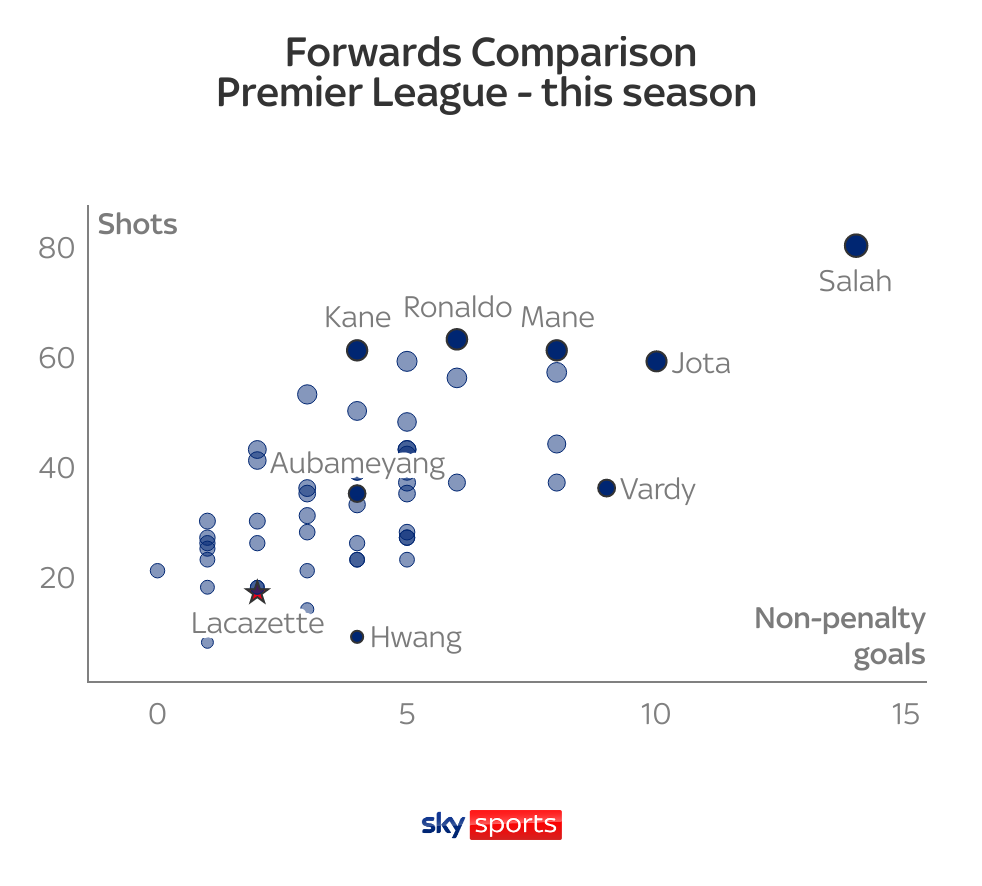 Of forwards to have played 750+ Premier League minutes this season, only Jadon Sancho, Hee-Chan Hwang and Ademola Lookman have taken fewer shots than Lacazette.

This is not the player the Frenchman has always been – his shots per 90 minutes have almost halved from 2.8 in 2017/18 when he first joined Arsenal to his all-time low of 1.7 this season. Furthermore, the 30-year-old has completed the full 90 minutes on just three occasions in the league this season, and the last time Nketiah started a Premier League game was against Everton in April. Surely something must change.

The Gunners have a host of young attacking talent to chose from, with the likes of Bukayo Saka, Emile Smith Rowe, Gabriel Martinelli and Martin Odegaard. All of them have scored more non-penalty goals than Lacazette.

Despite this, the current system employed by manager Mikel Arteta and his preference to start Lacazette means the Gunners must choose three out of the four youngsters in most matches.

Will a false nine be utilised?

Arteta has spoken at length about his admiration for the 4-3-3 formation, a system often used by his previous mentor Pep Guardiola at Manchester City. To make use of the young creative flair at his disposal, Arteta could use this formation in conjunction with a false nine to reap more attacking benefits.

The false nine would not be an altogether different formation used by Arteta. In matches against Southampton and Leeds this season, Lacazette has dropped deeper to allow the wingers space in behind, a tactic used often by the Spaniard.

However, in both these matches, the prodigious talent of Smith Rowe (Arsenal’s top Premier League goalscorer this season) has not been used from the start.

Arteta could use Martinelli as the false nine with Smith Rowe and Saka on either side of him. Among players who have played 750+ Premier League minutes this season, the Brazilian has the seventh-best non-penalty expected goals per 90 minutes. This shows he is already getting into great shooting positions and has the tactical nous required for playing as a centre-forward.

Arsenal could use Man City as a template

If we look at Manchester City’s average positions when Kevin De Bruyne has started, he plays quite close to the right winger and the midfielder on the other flank plays near the full-back. Arsenal could use this as a template since Granit Xhaka already fills in for Kieran Tierney at left-back when the Scotsman makes his overlapping runs. 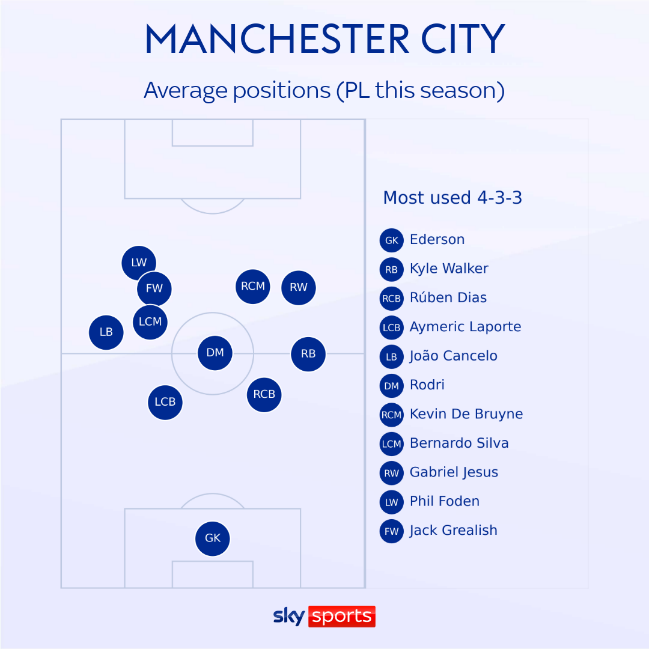 Odegaard would play the same role as De Bruyne at Manchester City, who generally comes in from right midfield, a role the Norwegian seems to be accustomed to.

Observers might point to the fact that Martinelli might not have the same ability to receive the ball with his back to goal as Lacazette. However, the same could be said about the players who are deployed as the false nine in Pep’s system – Phil Foden, Jack Grealish, Raheem Sterling, Bernardo Silva and De Bruyne.

Arteta has shown he has the ability to make bold decisions, as was the case with his axing of Aubameyang.

Will he make another one which could increase Arsenal’s attacking output and launch them to a first Champions League spot since 2016?