Like England colleagues Steph Houghton and Lucy Bronze, Mead hails from the north east of England, a true hot spot for international footballers. As a youngster she excelled at hockey, netball and cross country running, but it was football that won her heart in the end.

As a 10-year-old, Mead had joined a Centre of Excellence run by Teesside University, before later making the switch to regional powerhouse Sunderland at the age of 16 to start her senior career.

Mead incredibly scored 59 goals in her first two seasons and later helped Sunderland earn promotion to the Women’s Super League in 2014. During that time she was also studying a Sports Development course at Teesside University and began the transition from part-time footballer working two days a week at a local pub into a professional athlete.

The blossoming forward carried her fine form into the 2015 WSL season with Sunderland and on one occasion she even scored a hat-trick in a 4-0 thrashing of Chelsea, incredibly just two days after being involved in a car crash in which her vehicle had rolled three times.

By the end of 2016, Mead’s Sunderland career had reached its ceiling and she made the switch to Arsenal in time for the shortened 2017 WSL Spring Series. The move south also challenged her to adapt her game amid competition for the ‘number nine’ role from Vivianne Miedema. 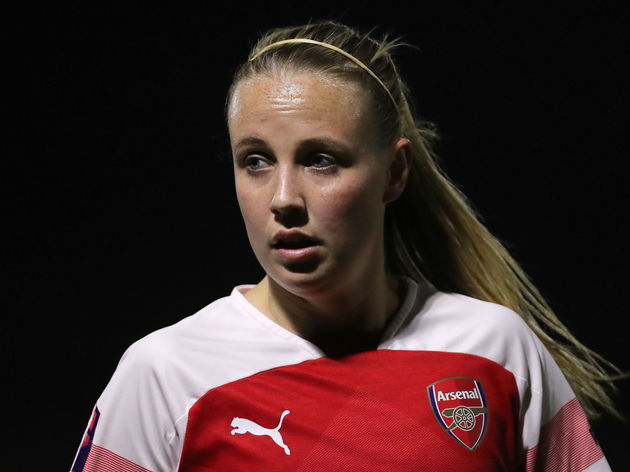 Unable to operate as a typical central striker as before, Mead has primarily played as a wide forward for the Gunners. That has seen the her add a new asset to her game and she leads the WSL in assists for the 2018/19 campaign after laying on 12 goals for her teammates.

Despite her prolific early years at Sunderland and high profile move to Arsenal, Mead had to wait until 2018 and the age of almost 23 to make her senior England debut. But the player has since become something of a secret, or perhaps not so secret, weapon for the Lionesses. 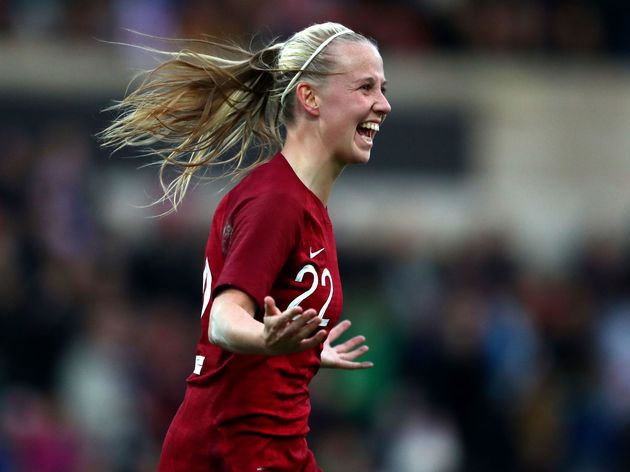 Mead would mark her full senior England debut with two goals in a World Cup qualifying win over Kazakhstan last September and scored in SheBelieves Cup wins over Brazil and Japan earlier this year. She also found the net in England’s most recent outing against Spain and has an impressive goalscoring record at this level that could make her a key player this summer.

The SheBelieves Cup also perhaps acted as a watershed moment for Mead when she was angry over not starting the opening game against Brazil and how that setback actually helped.

“I’ve got more of an expectation than just being in the squad now. That’s why I’m…not acting differently, but reacting differently to the situations [manager Phil Neville] is putting me in. I let him know if I’m angry about not being there,” she told the Daily Telegraph last month.

Mead is one of eight England players in this year’s World Cup squad without any senior international tournament experience, although that lack of experience is unlikely to faze her.

She has proven her quality with England on multiple occasions this year already, particularly with those goals against strong opposition in the SheBelieves Cup.

The big question for Neville is whether he intends to start games with Mead or chooses to use her as an impact substitute. Either way, to be able to rely on such a determined and vibrant talent for a goal or moment of magic to create something in a tournament setting is invaluable.

Mead was a crucial part of the Arsenal team that claimed the Women’s Super League title this season and was among the top stars who received at least vote for the FWA Women’s Footballer of the Year award, which was eventually won by Nikita Parris.

With an existing penchant for the spectacular, Mead appears to have perfected the affectionately named ‘crot’, scoring sublime efforts from wide areas for both England and Arsenal in 2019.

By her own admission the second time she did it with the Gunners was a bit of a fluke, but the first with England, which helped the Lionesses come from behind to beat Brazil in game one en-route to lifting the SheBelieves Cup, was very much intentional.

“I was lucky with [the second one]! It was meant to be more of a cross. It hit a bobble and it just happened to go top bins. I’m not going to complain, though, and everyone’s calling it a ‘crot’ at the moment, which I’ll take! I meant my goal for England,” she told Arsenal.com in March.