Enter the free Goal.com fantasy football league this week to be in with a chance of winning two tickets to watch the FA Cup Final at Wembley on May 11

Thanks to Totel Football, anyone entering this weekend’s free Goal.com Premier League fantasy football league is in with a chance of winning two match day packages to Wembley on May 11th to watch Wigan take on Manchester City.

Anyone entering the Goal.com fantasy league in this gameweek (Saturday 27 April) and next week’s competition (Saturday 4th May) will receive one entry into a prize draw to decide which lucky reader will be watching the showpiece final.

As well as entering the free-to-play league, anyone entering a team into the real money game in either or both of the gameweeks will receive an additional 10 entries to the draw which will be made on Tuesday 7th May. The winner winner will be contacted the same day.

Manchester United may have already confirmed that the Premier League title will be heading back to the red side of Manchester but there is still plenty to consider when picking your Totel Football team this weekend.

On Saturday, FA Cup finalists Wigan host a Spurs side who staged a superb second half comeback against Manchester City on Sunday.

Roberto Martinez will be desperate for his side to do as much as they can to ensure the Latics will be playing Premier League football next season. Wigan striker Arouna Kone will hope he can rediscover his goalscoring touch which has seen him accumulate 10 goals as well as five assists and an average of over six points per game.

Sunday sees the newly-crowned champions Manchester United travel to Arsenal, where former Gunner Robin van Persie will hope he can put in another high-scoring performance as he did against Aston Villa on Monday. 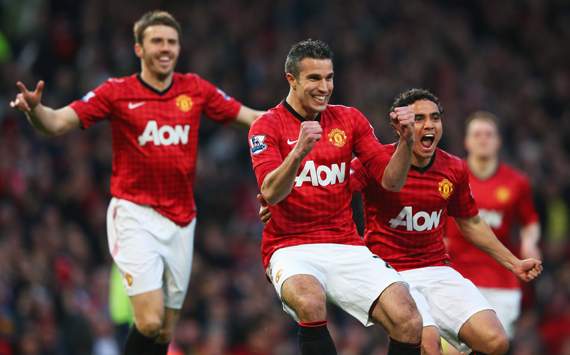 The Netherlands international fired a first-half hat-trick earning him 27 Totel Football points. Will he be in your team this weekend as he lines up against his former team-mates at Emirates Stadium?

Monday night’s game could have a huge impact on both teams as Sunderland, resurgent under Paolo Di Canio, travel to Villa Park to face Paul Lambert’s men, who go into this weekend just one place outside the relegation zone.

Stephane Sessegnon has thrived in recent weeks for the Black Cats, scoring nine points against Everton, and 11 against Newcastle in his last two matches. With five assists and seven goals this season the Benin international could prove a valuable fantasy football addition.

To be in with a chance of seeing Manchester City take on Wigan in the FA Cup final don’t forget to enter your Totel Football team into the Goal.com league and why not try the real money game for an additional 10 entries to the draw.

– Competiton organised and run by Totel Football
– Winner will be chosen at random
– Winners must attend game, tickets cannot be re-sold
– No cash alternative
– Winner must arrange travel to and from Wembley