After their elimination from the Capital One Cup against Bradford was labelled a ‘new low’ for Arsenal, Arsene Wenger would have been delighted to see his side lift some of the doom and gloom with an emphatic 5-2 victory over Reading last Monday.

The Frenchman will be desperate for his side to build on this morale-boosting result when they travel to the DW Stadium to face Wigan, in Saturday’s early afternoon kick-off. 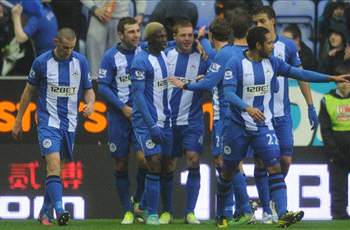 The win over Reading was The Gunners’ first in five matches, but they are favourites at 8/11 (1.73) with Bet365 to make it two in a row against Roberto Martinez’s men.

The Latics are in need of a victory to lift their own spirits, having won just once in their last seven Premier League fixtures, but are outsiders at 15/4 (4.75) to pick up all three points in this match.

These sides have only drawn one of their last 18 encounters, but you can get odds of of 11/4 (3.75) if you can see them cancelling each other out this time.

Monday’s 5-2 scoreline would have surprised nobody who witnessed Arsenal’s last trip to Reading, when an amazing match finished 7-5 in the Londoners’ favour after extra-time.

Although it is unrealistic to expect a similar result on Saturday, there are bound to be enough goals on display to keep the crowd entertained.

Reading are actually the only team to have conceded more league goals than Wigan, who have let in 15 in their last seven league matches alone. 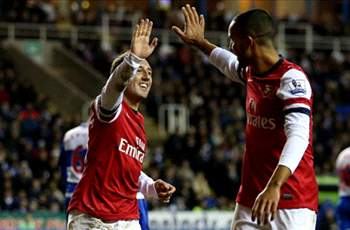 A bet on over 2.5 goals to be scored would have paid out in 12 of the hosts’ last 15 Premier League games, and seven out of their last eight fixtures against Wenger’s side.

The star of the show at the Madejski Stadium was undoubtedly Santi Cazorla, as the Spanish maestro bagged an impressive hat-trick and dictated the play from start to finish.

The summer signing from Malaga now has seven goals to his name in 17 league games, and offers great value at 2/1 (3.00) to hit the back of the net against The Latics.