​When a new manager enters the dugout it can often result in contrasting fortunes for the players involved.

In some cases, a man once overlooked by the previous regime is handed an opportunity to reignite their career. In other cases, a player once heralded as one of the most naturally gifted among the squad is cast aside like dirty laundry. 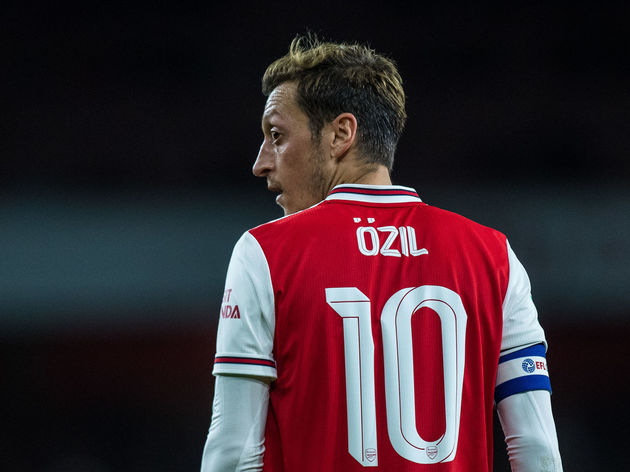 This kind of treatment is not something players and fans alike are new to. Take Jose Mourinho’s dealing with Juan Mata, for example. Winning ​Chelsea’s Player of the Season two years running did little to affect Mourinho’s thinking, as he opted to play Oscar in the number ten role when he returned to Stamford Bridge to retake the reins.

The reasons behind the Portuguese’s decision stemmed from a perceived lack defensive work rate from the Spaniard. Ultimately, his final season at Stamford Bridge went out with a whimper, and he departed for Old Trafford.

Avert your gaze to the northern reaches of the capital and what is taking place at the Emirates is a situation that bears a striking resemblance.

Emery’s first season at the club saw the German’s playing time dwindle rapidly as he made just 24 league outings – often in home clashes against the so-called ‘lesser’ teams – as his stranglehold on the creative slot in the side faded at an alarming rate.

Just five goals and two assists were the fruits of his Emirates labour, with rumours circulating throughout the summer that Emery was trying desperately to ship the £350k-per-week playmaker off to whichever bidder was willing to stump up (some of) his wages. However, no suitors were forthcoming and instead Ozil was left to remain with the club he had no intention of leaving anyway.

Firstly, the dreadful and terrifying incident involving Ozil and Sead Kolasinac where they were subject of an

Following the culmination of those events, Kolasinac found himself back in the side while Ozil…well, was nowhere to be seen. He made the bench for the ​Tottenham match before his only league start of the season against a beleaguered Watford side.

Mesut Ozil has created more chances for team-mates for Arsenal during Unai Emery’s Premier League tenure than any other player – 46.

That s**t-show was a performance of catastrophic team organisation. Cruising in a first-half in which Ozil was on par with his teammates, the second half collapse was laughable. Yet, to point the finger at Ozil for the shambles on show is a damning assessment of a squad where the two most culpable players – ​David Luiz and Sokratis – were awarded with starting berths in the following league match.

Since then, Ozil has been shunned. Frozen out. Cast aside. Hung out to dry.

Arsenal currently sit third in the ​Premier League table – somehow just one point shy of Man City – without playing anywhere near the levels fans are expecting.

Look, every manager has their own philosophy, their way of playing and certain traits in certain stars that appeal to them enough to choose them over other players. That’s fine, its totally understandable, its their team, after all.

But when you look at the ​Manchester United game where the Gunners were crying out for a player in the final third who could have provided the killer ball, or even just one moment of brilliance, Ozil was nowhere to be seen. Not even on the bench.

Now, I’m not saying that the German is some kind of messiah, far from it, but Emery’s insistence of not even giving him a chance to prove his worth from the bench is a disrespectful ploy, and an opportunity gone begging when matches have come round this season that have been screaming for that added dash of guile in the final third. 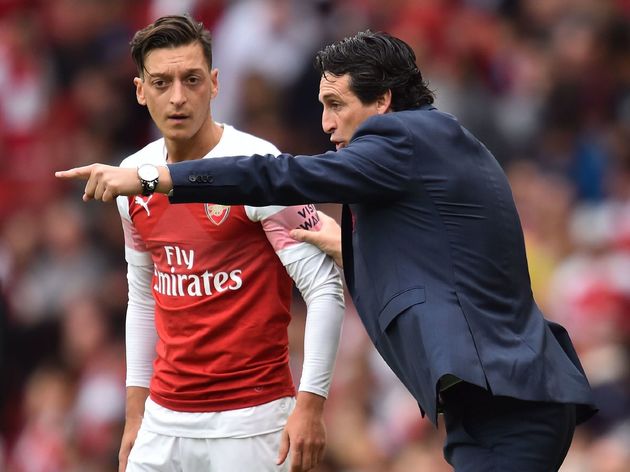 Emery recently spoke of his decision to omit him from the squad to face Standard Liege, saying: “When I decided he shouldn’t be in the squad it’s because I think other players deserved it more.”

That, in itself, answers the question rather comprehensively. The likes of ​Arsenal

Good vs Watford.
Dropped vs Frankfurt and Villa.
Good in the cup against Forrest.
Announced as one of five “captains”.
Not even in the squad against United.@UnaiEmery_ has no idea what he’s doing or what he wants. And @MesutOzil1088 can’t even get a chance.

At this point i am beginning to think emery has an issue with Ozil, the way he treats Ozil is unfair and embarrassing. Arsenal aren’t wallowing dangerously low in the table, nor are they a million miles away from returning to their best. All that is being asked is for a player possessing undoubted quality to prove his worth. Indeed, those flashes are deemed far too infrequent, but how can the fans know how frequent they will be if he isn’t allowed a fair crack of the whip?