When this unknown French manager – who coached the likes of Glen Hoddle and George Weah – arrived from Japanese side Nagoya Grampus Eight, the appointment caused a reaction of bemusement. 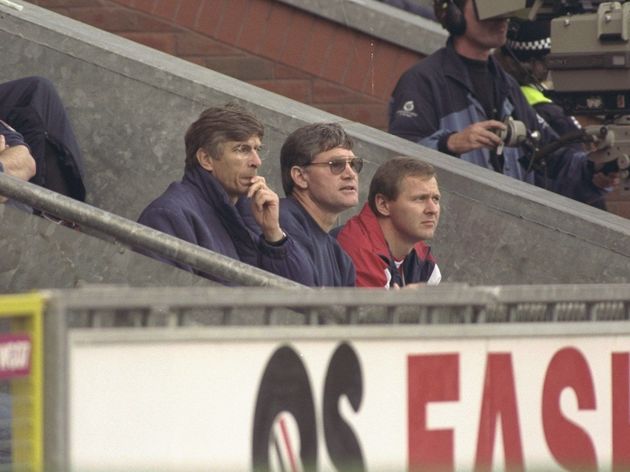 In the first decade of his career as manager of the Gunners, Le Professeur proved each one of his doubters wrong. “We want our mars bars!” chanted the first team players as this economics graduate turned their focus from the Tuesday club to double winners in Wenger’s first full season.

Prolonging the careers of a great English backline while adding the steel of Patrick Vieira and the searing pace of Thierry Henry, they created a rivalry with Sir Alex Ferguson and Manchester United, which provided some tasty battles both on and off the pitch. 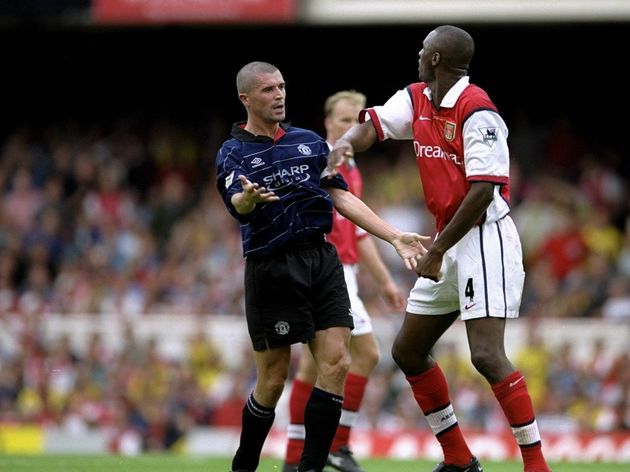 Wenger was ferociously competitive, backed up his self-belief with titles and developed a ​swashbuckling brand of European football that this country had never seen. In stark contrast to the present day, where has that enthusiasm and bravado gone?

He looks a shadow of the former man who created the Invincibles, a distant memory of the double-winning coach who clinched the Premier League at Old Trafford and even the boss who guided Arsenal to the Champions League final in 2006. For his own health, the half-empty stadiums and a stagnating side who have continually made a mockery of themselves since moving to the Emirates, a change is needed and Wenger had to leave before all the good work he has done in his first ten years is completely forgotten.

Not just for the future of this club, the present day Arsenal requires urgent TLC because the traditions of the club are going down the drain. Through it all Wenger has remained class personified, never speaking ill of the club he loves, serving for 22 years with such loyalty, commitment and bravery. ​A man who somehow managed to balance the books through such turmoil. Guiding the Gunners year after year into the Champions League while navigating a move to the Emirates was a miracle. Especially when you consider the emergence of clubs like Manchester City and Chelsea, who had no such qualms about using money outside their means.

Wenger deserves a standing ovation in his final game, a pat on the back for turning away suitors like Real Madrid and PSG in his prime. His work helped to build the Emirates Stadium, which at the very least deserves a statue. He had to leave because no man should take that abuse after a life-long affair with the club.

Now that his future is no longer a talking point and Arsenal is searching for a new manager, the club can focus on results. Wenger could not serve out the final year, even if he proudly states he always honours his contracts. The impending match against Atletico Madrid now has even greater significance. Not only is it the only chance to get back into the Champions League next year – it could also be Wenger’s saving grace and the greatest parting gift from the players, who have played poorly for too long.

At the start of Wenger’s tenure, the Gunners at the very least challenged for the Premier League but in recent times, they have been lucky to get fourth place. Wenger rarely adjusts for the opposition – which demonstrates his stubborn nature – while he looks bereft of ideas and very rarely if ever, makes a half-time substitute based on a tactical decision. Countless embarrassing defeats have rapidly aged the poor man, who often shouldered the burden of millions of fans on his own. The board of directors hide behind their yearly AGMs, owner Stan Kroenke is a ghost who only appears for cup finals and the club needs serious rebuilding from top to bottom. If Wenger really cared about the club and his own pride, he should have left long ago. Just look at the results in recent years, 8-2 against Manchester United in 2011 springs to mind. That was one of the worst Arsenal displays in his tenure and yet the recent defeat to Newcastle looks just as embarrassing.

Their league form has deteriorated and they are now closer to Burnley then champions Manchester City. For a side of Arsenal’s stature, that is not on and Wenger must take much of the blame. Many may think its poor timing from the board and the wily old boss to hand in his resignation on the eve of such a huge match against Atletico Madrid, but that should serve as a reminder that every good beginning must have an end.

Whoever the new manager may be; whether it’s Vieira, the experience of Carlo Ancelotti or the charisma of Diego Simeone, this timely announcement should give the club a new focus, allow the replacement the time to rebuild in the summer and bring in his own signings.

Wenger’s departure should galvanise the fans into backing Arsenal once again, give the much-maligned Frenchman the send-off he deserves and let the players know that they have to fight for the cause. To save what is left of his legacy, the Europa League can allow Wenger the dignity of a goodbye for all the work and sacrifice he has given the club while ushering in a new manager for a new beginning.