Other than Unai Emery’s obsessive insistence on having his players press, this seems to be the new Arsenal manager’s trademark shout from the touchline. A man known for his manic presence in his technical area, bellowing out instructions across the pitch and frantically waving his hands around to make tactical changes, telling his newly inherited squad of players to ‘calm down’. Oh, the irony!

But there seems to be a touch of genius and sanity to Emery’s madness. The former Paris Saint-Germain manager took over an Arsenal team that were undoubtedly talented, but psychologically fragile. To hear his predecessor Arsene Wenger proclaim his side had ‘mental strength’ was comedic at best, and tragic at worst. 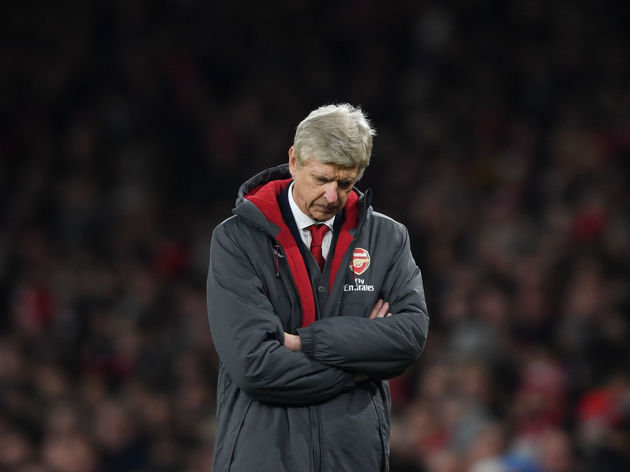 This was an ​Arsenal team that wilted on the big occasion, losing 5-1 at Anfield, 6-0 at Stamford Bridge and 8-2 at Old Trafford. They could turn on the style when in the mood, but equally down tools and surrender when they were up against it.

So when Arsenal fans reflect back on a week of two successive defeats to both ​Southampton and Tottenham, it would have been understandable to start getting concerned again. A debilitating sense of deja vu. A tough away game against a dogged Saints side. Defeat. A fiery north London derby against a ​Spurs side bloodthirsty for revenge. Defeat. 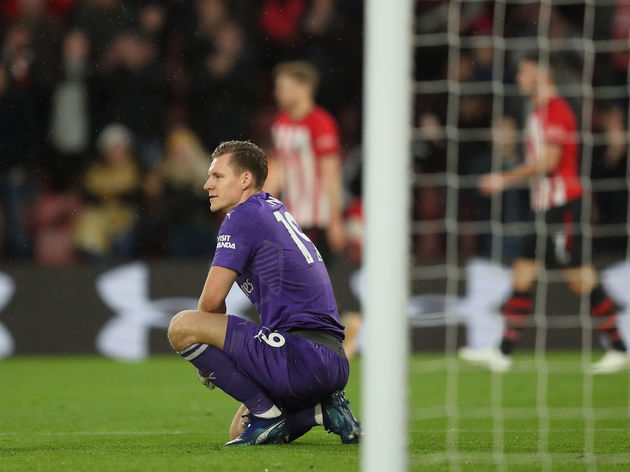 Under Arsene Wenger, the mood at the Emirates may well have been toxic on the back of two such results. But Emery’s transformation of the Gunners has been nothing short of miraculous.

The Spaniard has imbued an energy into the club that has manifested itself amongst both the players and the fans. The Emirates, so often derided for its library ambience, was rocking in the ​Premier League clashes against Liverpool and Spurs.

The players were relentless in their pressing and diligent defensively, and on the occasions where they were caught in trouble, they flooded back to help out as though their life depended on it. Emery may not have instilled a will to win just yet, but he has undeniably created a side determined at least not to lose.

Stats show Arsenal are the best pressing team in the league this season. Decent press resistance too, though City way ahead on that front.

Yet people still say they don’t know what Emery is trying to do with the team. https://t.co/NMCG3nuT8O

Injuries have taken their toll, particularly in defence, with the likes of Rob Holding, Shkodran Mustafi, Nacho Monreal and Hector Bellerin all having suffered long periods out. Swiss midfielder Granit Xhaka has been forced to deputise as both a makeshift centre-back and left-back at times, and it can hardly be conducive to greater understanding and communication when the back four (or five) are constantly needing to be changed.

Laurent Koscielny’s return from his Achilles injury is a timely boost, and the club captain was reportedly instrumental in drumming up the dressing room atmosphere prior to the Gunners’ stunning 4-2 victory over Spurs.

Spoke to Bernd Leno about Laurent Koscielny’s imminent return to first-team action. Revealed Koscielny gave an impassioned speech before the derby win over #thfc and describes him as the “perfect captain”. https://t.co/sG0tFyfNZh

Even the possible departures of ​Mesut Ozil and Aaron Ramsey is failing to match the level of hysteria and panic when the former Germany international and Alexis Sanchez were angling for moves last January. Emery has seemingly discarded the mercurial Ozil, going so far as to admitting prior to the game against Bournemouth that the 30-year-old wasn’t up to the physicality of the task.

​Ramsey, who registered his 350th appearance for Arsenal in the midweek Carabao Cup game, is another star midfielder apparently heading for the exit door. And yet again, Arsenal fans don’t seem to be up in arms. They’ve bought into Emery’s philosophy of hard work and commitment. In the Arsenal manager’s eyes however, Ozil and Ramsey are yet to do so themselves. So when Arsenal head into the busy festive period, highlighted by a daunting trip to Anfield to take on Liverpool, there shouldn’t be too much room for concern. When the Gunners fell to back-to-back defeats to Manchester and Chelsea at the start of the season, Emery galvanised the side and led them on a remarkable 22-game unbeaten run in all competitions.

On Saturday, the Gunners take on Burnley at home and with their Spanish manager at the helm, will look to remain ‘calm’ and embark on another long run as they launch an assault for a place in the Champions League next year.