Yes, the Three Lions’ misery – which Southgate knows pretty well after his Euro ’96 penalty blunder against Germany – continues to rumble on,

But WHO I hear you bellow from your armchair are England planning to include in their 23-man squad?

Well, that’s a very good question. And one I will attempt to answer, taking the reins from ​Andy Headspeath, by telling you who could be aboard the “I’ve been given a chance to play week in and week out. I want to play football again – with the Euros in the summer, I want to put myself in window.”

And that’s exactly what Danny Rose is doing at Newcastle – first, coming off the bench in a drab 0-0 draw against Norwich, before starting the 4-0 pumping at Arsenal.

Then, Rose had a ruck with Toon fans on the train back to Tyneside – what other evidence do you need to suggest he MUST be included?

Previously on 90min‘s ‘Who’s on the Plane’ series, we picked only three central defenders.

That, in hindsight, was probably an error.

So to make up for it, we’ve selected Mings – ​a prolific tackler this season – to fill the void, just ahead of Fikayo Tomori, who helpfully has lost his place at Chelsea at just the right moment.

The third goalkeeping berth (underrated word) in England’s squad has been the talk of the town in, erm, goalkeeping circles for some time now – and it now looks like a race that Dean Henderson will undoubtedly win.

That’s because Hendo is pretty damn good and his only rival for the spot – Tom Heaton – is almost certainly done for the season through injury. 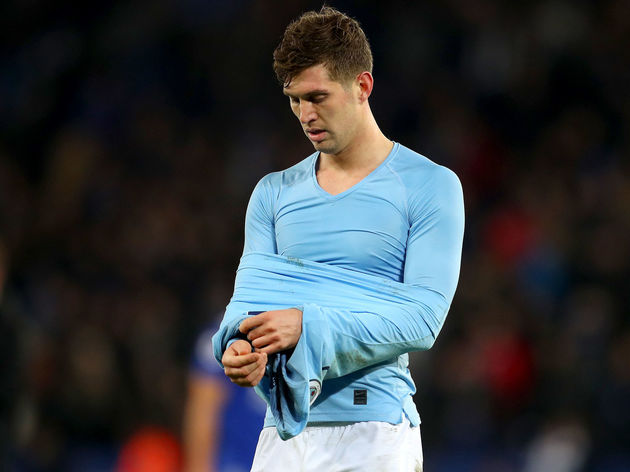 Poor old Dec really isn’t having a happy time of late, with West Ham in absolutely abysmal form under the irrepressible David Moyes.

That doesn’t bode well for his England credentials, but there’s no doubting that he’s up to the job – probably needs Ant alongside him, mind you… Southampton are more up and down than my childhood yo-yo, but they do have one constant thing going for them – goals being scored by Danny Ings.

DIngs, as we shall now lovingly call him, has 15 Premier League goals to his name this season, and whipped in a pearler against former employers Burnley recently.

But Gareth, for christ sake, don’t put him on the front post when defending corners..

Trips hasn’t actually played since we last put pen-to-paper on England’s options, with a groin strain ruling him out of proceedings.

Still, at least he’s done nothing wrong in that time.

13 – Jack Grealish has had a direct hand in 13 goals in the Premier League this season (7 goals & 6 assists), five more than the next Villa player and three more than any other English midfielder. Excellence. pic.twitter.com/YNC0BCS1pC

Goals aren’t going in so regularly for Tammy of late, who remember has a brother called Timmy, but there’s still nothing to suggest that he won’t be a guaranteed a spot.

So, instead, let’s focus on something else, by remembering that his first name is actually Kevin…

Spurs are winning Premier League games once more, proving that José Mourinho has still got it after all.

One of the key ingredients to the revival in north London has been Harry Winks’ form in central midfield.

The one thing you need at a major international tournament is stability between the sticks.

Sadly, in Jordan Pickford, England have got the opposite right now – with more mistakes leading to a rather strange outburst in which the Everton stopper had a go at his mounting critics.

Bizarrely, I think I might have come up with the solution: stop making mistakes, Jordan!

All we’ve heard over the last month or so is who would be a better fit for Manchester United; James Maddison or Jack Grealish?

But, in reality, we should really be asking, can Gareth Southgate find a way to accommodate both in his England side?

Probably not, but he could try.

It’s been another iffy month for Leicester, but not a bad one for Chilwell – who scored during the recent draw with Chelsea.

So, with that in mind, he’s still the reigning, defending and undisputed (thanks to Paul Heyman for this) left-back in this England side. Crocked, recuperating and twiddling his thumbs on the sidelines, it’s probably been a bit of a boring month for Rashford.

Still, he’s a heavyweight player in this England side and nothing will change that anytime soon.

It’s been a quiet month for Kane, also, with recovery very much the order of the day. The only thing to happen of note?

Son Heung-min is ​now a better player than him for Spurs. Eek.

There comes a time in some player’s careers where everybody club in the world would love to sign you.

As of right now, Jadon Sancho is that player. Sorry, Borussia Dortmund.

Winning trophies and hoisting them above his head is a feeling that Henderson is becoming ever so familiar with at ​Liverpool.

And it’s something he may need to prepare for, with the severity of Kane’s injury still up in the air.

Trent Alexander-Arnold is widely regarded as the best full-back in the world, largely because of his sensational crossing ability and his marauding runs and down the right.

And that assessment, in 90min‘s opinion, is absolutely spot on. What a baller. It’s not been a great end to the month for Raheem Sterling, following Manchester City’s expulsion from the Champions League for the next two years.

But that small, minor problem aside, he remains England’s go-to guy with Kane sitting on the sidelines and must be wrapped in fluffy cotton wool.

England’s three goalkeepers for this European Championship look to be dead certainties, but Aaron Ramsdale will still harbour hopes of entering Gareth’s thoughts. Up top, the in-form Dominic Calvert-Lewin is an outside bet, while Callum Wilson and Mason Greenwood are also waiting in the wings, should injury ravage the Three Lions.