The forward has been linked with a move to Hertha Berlin, though the Gunners are looking to keep hold of him, the manager has confirmed

Arsenal boss Arsene Wenger has confirmed that he wants to keep Serge Gnabry at the club and extend the 21-year-old’s contract.

Gnabry, who has scored six goals in four games for Germany at the Rio Olympics, is the subject of interest from Bundesliga outfit Hertha Berlin, with manager Pal Dardai revealing he is “the type of player” they need.

The highly rated, versatile forward had a disappointing spell on loan at West Brom last season which was terminated in January by Tony Pulis. 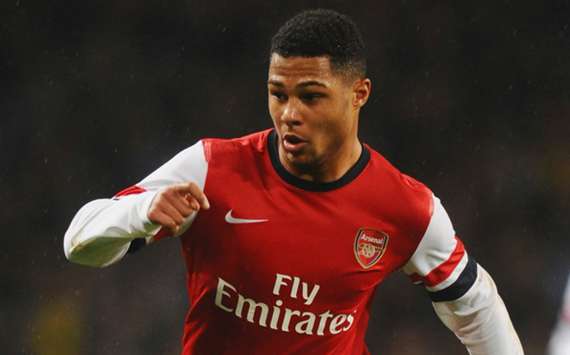 However, the German starlet’s performances in the Olympics have once again reminded Wenger and Arsenal fans of his attacking qualities, which he confirmed are likely to be utilised this season.

“I want to keep Serge Gnabry and extend his contract”, said Wenger.

Gnabry’s contract expires next summer and it’s expected that talks will begin over a new deal once the transfer window closes.