The Gunners boss was quick to praise his Chilean forward after he stole the show in a 5-1 mauling of West Ham, calling him a ‘winner’ and a ‘fighter’

Mesut Ozil had fired the visitors into a 24th-minute lead before Sanchez produced three sublime second-half finishes to secure his second treble for the club.

Alex Oxlade-Chamberlain chipped in with Arsenal’s fourth, while Andy Carroll marked his return from injury by heading home for the hosts in a game which saw five goals inside the final 18 minutes.

The hat-trick took Sanchez’s Premier League tally for the season to 11 and Wenger was understandably thrilled by the 27-year-old’s performance.

“I thought it took him a while mentally to get into the game,” said the Frenchman. “But he’s a fighter, he’s a winner, he’s a classy player and he can give you something special.

“He has been exceptional. You don’t find many players who can dribble that fast, who close down so quickly and have that short backlift that can surprise you. And he has a great technique as well.”

The result moved the London side up to second in the table and Wenger backed his charges to sustain their title challenge.

“It was a convincing performance and a strong result,” he said. “I believe that we are on a strong run and it’s down to us to be mentally at a level to maintain that run and keep the focus in every single game.”

Oxlade-Chamberlain, meanwhile, echoed his manager’s sentiments with regard to both Sanchez and the club’s title prospects.

“He [Sanchez] gives you that speed in behind and he’s one of those players, like [Sergio] Aguero, who you get the ball up to and they make things happen,” he said. 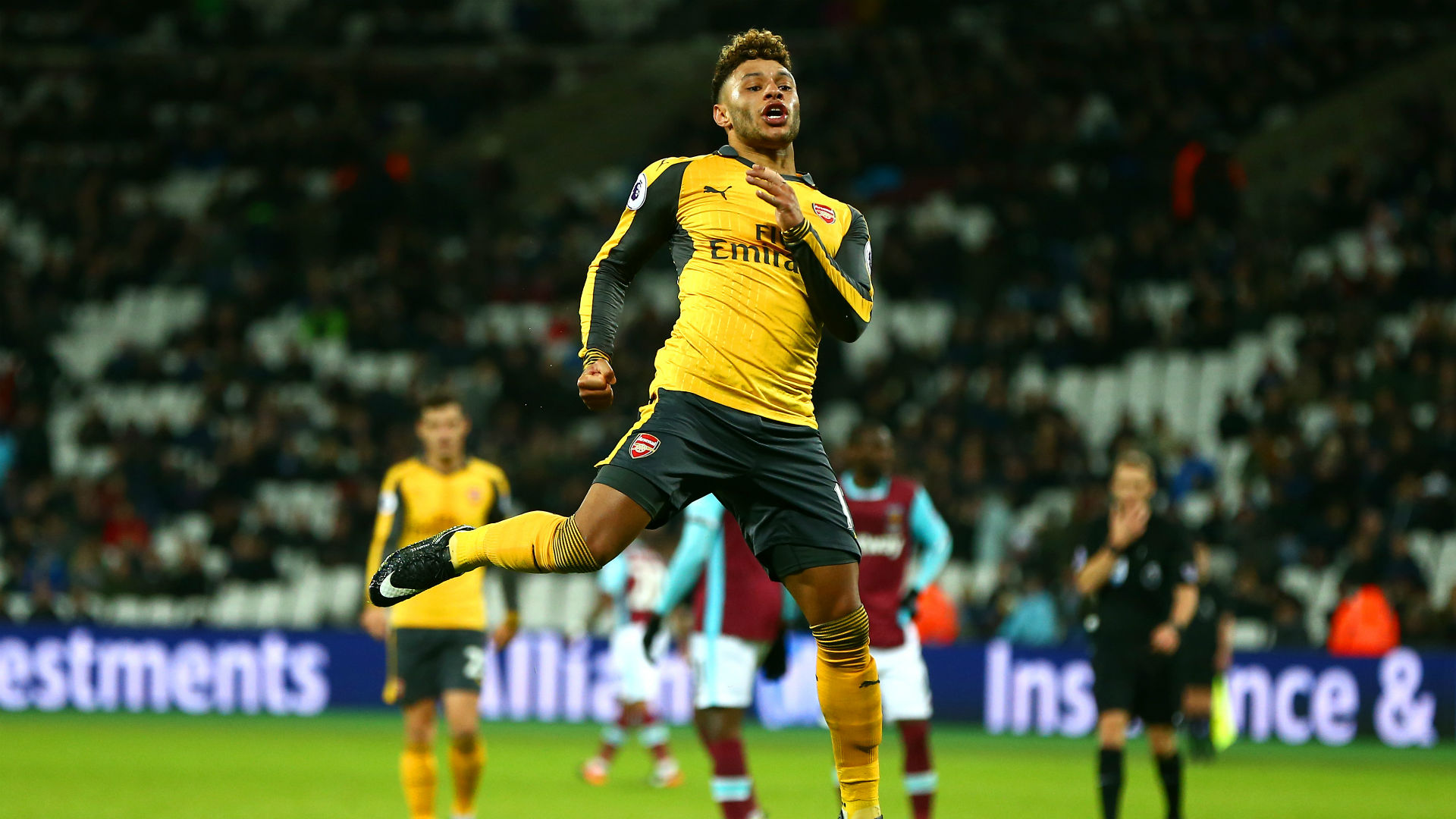 “He did that tonight, creating two of his goals himself and finishing them off brilliantly. That’s what he gives you and it’s great to have him in the team.

“We just need to keep winning games. We are Arsenal football club and if people don’t expect us to be there or thereabouts, I think it’s a bit disrespectful.

“We have faith in ourselves and if we keep getting results like today, we’ll deserve to be up there.

Sanchez & the Ox shine for Gunners

“We’re into December now and we know it’s going to be tough, but today was a first step and we want to keep it going.”

Arsenal visit Basel in the Champions League in midweek before hosting Stoke City at Emirates Stadium on Saturday.