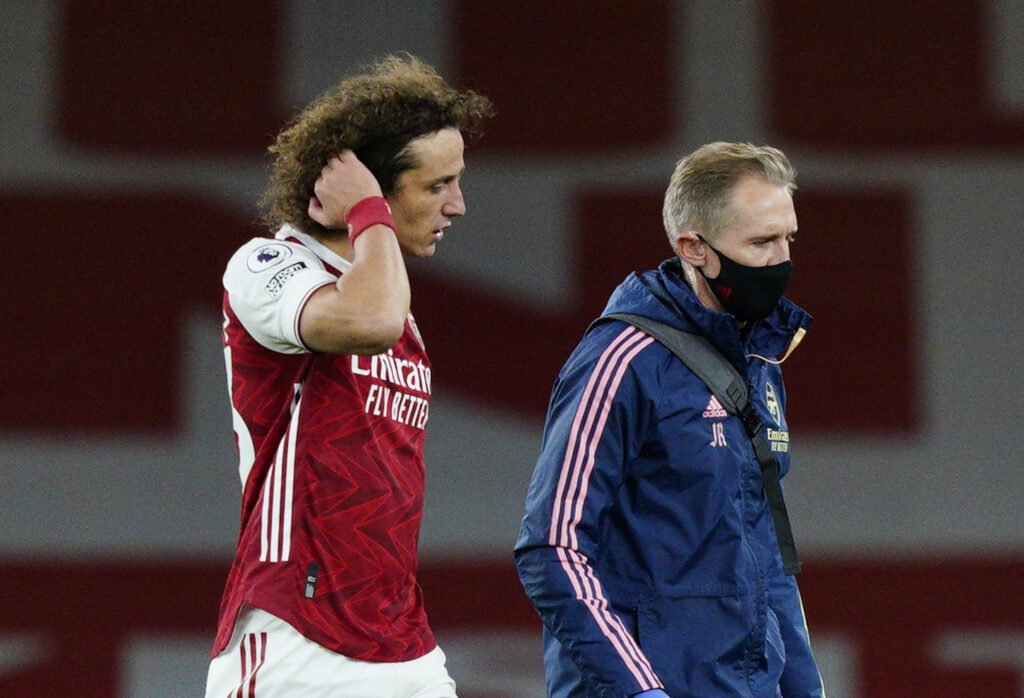 Some Arsenal fans have been rejoicing after the club confirmed that David Luiz is fit for the clash against Molde tomorrow evening.

The Brazilian limped off during the defeat to Leicester City after suffering a strain to his thigh. He was initially ruled out for a ‘few weeks‘, however, has returned sooner to give Mikel Arteta a huge boost.

Arteta’s men were left short of options at the back during last Sunday’s victory against Manchester United with Rob Holding having been rushed back after just one training session.

It’s pretty unusual to see fans excited by Luiz after his disastrous performances for the Gunners last campaign.

Following his error-laden display away to Manchester City, the supporters took to social media to demand his sale. There was also outrage after it emerged the defender had signed a new one-year deal back in June.

But, fans have changed their tune over the £5.4m-rated star and were happy with his return to fitness.

Here are some tweets:

Positive News everywhere, we are winning the league pic.twitter.com/Uf22zCkPQ6

Since he left our players are now returning from injury ahead of time hmmm glad David is back. https://t.co/1VJKY72xHB pic.twitter.com/pz2AP31aS5

No way that’s class. Just shows the levels between us and any other team in England https://t.co/ICcODyiwdC