The England striker is set to continue his injury comeback when the Gunners face Burnley, with his manager delighted to be able to call upon him

Arsene Wenger is optimistic Danny Welbeck can star for Arsenal after his return from a serious knee injury.

The 26-year-old has made two substitute appearances for the Gunners since returning from eight months out with the problem and is expected to be involved again in Sunday’s home Premier League match against Burnley.

Welbeck’s injury was his second long-term absence with a knee injury in the last two years and kept him out of Euro 2016 for England.

Arsenal boss Wenger does not want to rush the striker now he is available, but feels he deserves his popularity with supporters.

“First of all he is hugely popular because he did very well with England before he got injured, he was the centre-forward of England, let’s not forget that,” Wenger told reporters.

“England failed at the European Championships and you cannot stop people from thinking, ‘If Welbeck was there he would have helped us win against Iceland’.

“Secondly he is a young, promising striker – he has a fantastic spirit and people sense that. He is genuine, committed and humble and you do not find that too many times together. 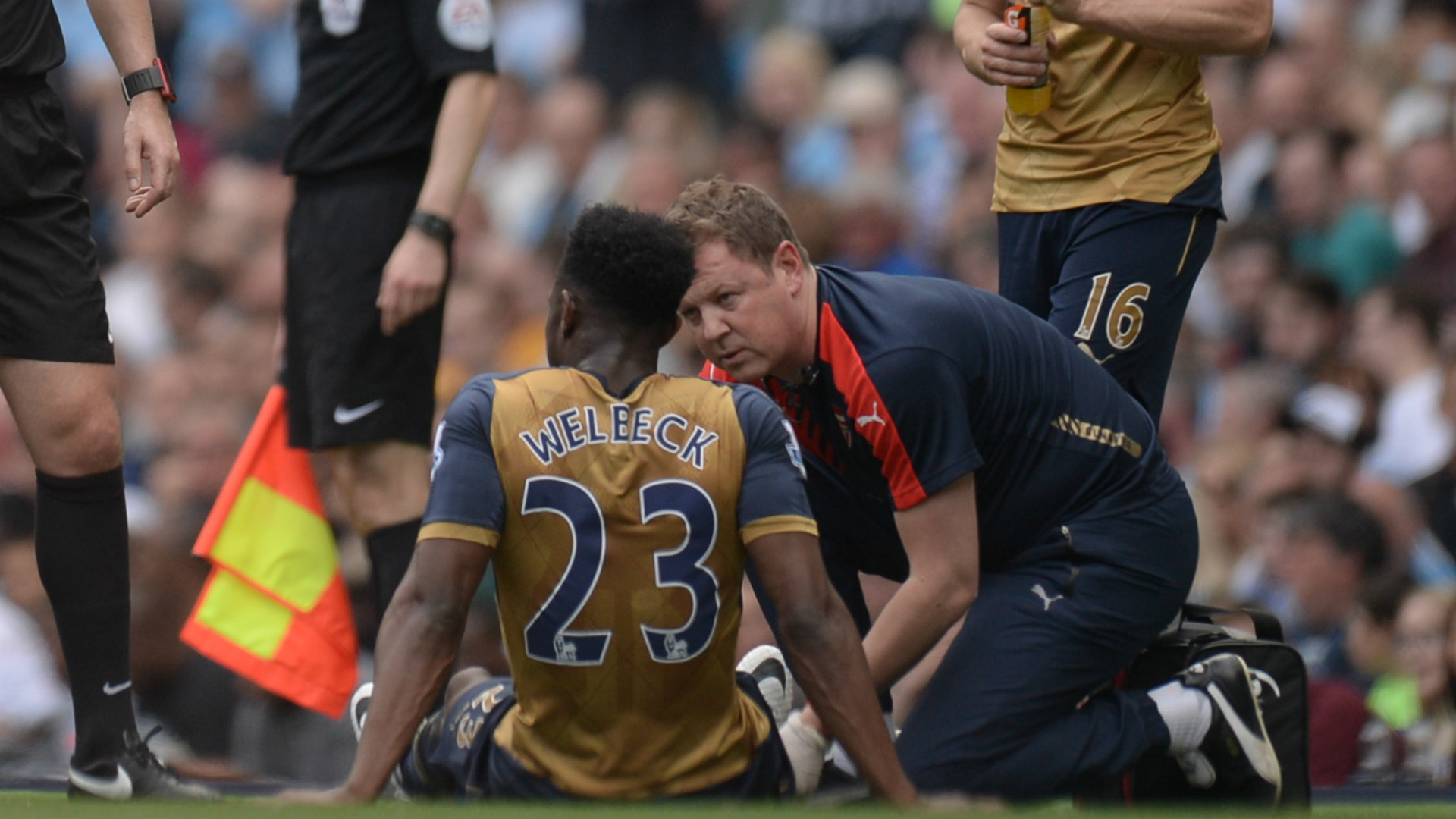 “Maybe as well people feel sorry for a guy who hasn’t played for two years basically, and for me he is rightly, hugely popular.

“He has pace, good technique and is committed, he wants to help the team. He is a good finisher as well and before he got injured you could see that was coming out because when he played at Man United he didn’t score enough goals.

“Suddenly it was coming and so he has been stopped just at the wrong moment.”

Wenger has been impressed by Welbeck’s attitude since returning to the fold for Arsenal ahead of a clash with Burnley that could see them move up to second in the table with a victory.

He added: “Some players come back and behave like they have never been injured. Danny is one of them.

“But he is not completely out of it. We still rest him after a day or two because of bone inflammation – that takes a huge time to get completely rid of and you have to be careful not to have a setback.

“Up to now we have not done it. That is why the challenge for us is to turn up with the right focus against Burnley.”