​​Watford host Arsenal at Vicarage Road on Monday as they aim for a European spot in the Premier League, on the back of securing their place in the FA Cup final last weekend after beating Wolves 3-2 at Wembley.

Victory for the Hornets would see them climb up to seventh in the table, one place below their opponents on Monday. 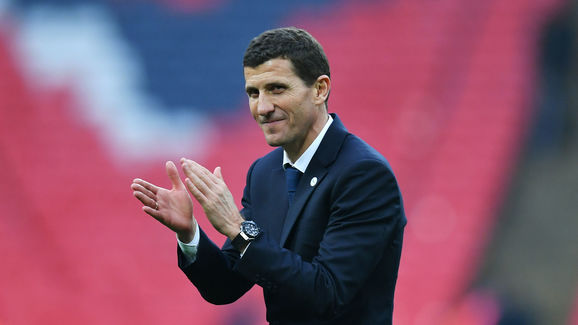 For Arsenal, they have their sights firmly set on a top four finish this season with their grip on a ​Champions League place loosened after their disappointing 1-0 defeat at ​Everton last time out. A win could see them move up into fourth place, with just a handful of games left to play this campaign.

Check out 90min’s preview for ​Sunday’s encounter below.

Javi Gracia will be without Jose Holebas for Monday’s game, after the left back injured his hamstring in their FA Cup win over ​Wolves. Domingos Quina remains out with a shoulder injury, while Tom Cleverley is still sidelined with a calf problem. ​Arsenal welcome back Lucas Torreira from his three-match ban, having seen red in the north London derby against ​Tottenham.

However, Unai Emery has another issue to contend with as

These two sides have gone head to head on 29 previous occasions, with the final outcome only really posing one certainty, it won’t be a draw. Just once have these sides shared the spoils, back in 1984 in the old Division One when the match finished 1-1 at Highbury. Arsenal edge the overall wins tally with 16 to the Hornets’ 12.

The last two meetings saw the Gunners leave victorious, keeping a clean sheet on both occasions, including during the reverse fixture in September when an own goal from Craig Cathcart and a ​Mesut Ozil strike handed the hosts a 2-0 win. The year before it was ​Watford who had the better of the clashes, winning home and away in the ​Premier League in 2017.

If you were looking purely on home form then Emery’s side have been brilliant this season, however, their away form has left much to be desired. Their last league game was a limp 1-0 defeat away at Goodison Park, a result that dented their top four hopes and asked serious questions of their end of season credentials.

Their previous other four matches have all come at home, with Arsenal recording an aggregate score of 9-0 in those games, including scalps over Napoli and ​Manchester United.

Meanwhile, Watford will be brimming with confidence having overturned a 2-0 scoreline to triumph 3-2 in their FA Cup semi final win over Wolves. The morale-boosting victory came off the back of league wins over Fulham and Crystal Palace, as well as defeats to Manchester pair United and City.

Will they still be friends after Monday? 

Javi’s looking to get one over his old pal @UnaiEmery_.

It says a lot about a team fighting to be in the top four that they are still in with a sniff despite winning only five of their 15 away matches all season. Arsenal are an entirely different kettle of fish on the road compared to at the Emirates, which makes backing them for this one nigh on impossible to do. It’s often a negative approach adopted by Emery when on their travels, a reluctancy to play both ​Pierre-Emerick Aubameyang and ​Alexandre Lacazette signals their intent, however, it may be something they could get away with if they weren’t playing Watford.

The Hornets have over-achieved this season, with Gracia turning them into a real force in the Premier League. He has found a balance in the midfield and the perfect strike partner for ​Troy Deeney up front in the shape of Gerard Deulofeu, and they could cause real problems for the Gunners on Monday. If Arsenal are to sneak into the top four then this is game they absolutely must win, however, a supremely confident Watford could well put an end to any such hopes.