​Arsenal make the short trip to Vicarage Road on Sunday to take on Watford, who are currenty bottom of the Premier League.

The Hornets claimed their first point of the season in their last outing against Newcastle and will hope Quique Sanchez Flores can help them avoid becoming stranded in the relegation zone following his return to the club. Unai Emery’s side are looking for some consistency after a mixed start to the season. The Gunners will look to build on the momentum they achieved after recovering from 2-0 down to rescue a point in the north London derby.

Watford will be without skipper Troy Deeney who has undergone a minor knee operation. Etienne Capoue could feature in the squad after recovering from illness. The Gunners suffered a double blow during the international break with Granit Xhaka and Lucas Torreira being forced off while playing for their countries. The Swiss midfielder may still play a part on Sunday after playing down the seriousness of an Achilles injury. ​

These two sides have faced each other 30 times in a contest which has only been drawn once. Watford have won 12 of the meetings but Arsenal have dominated the Premier League era to win 17 times.

They first met during an FA Cup match in February 1906 in which the Gunners ran out 3-0 victors. Most recently, Arsenal won their last trip to Vicarage Road 1-0 in April 2019. The Hornets will be searching for their first win against Arsenal since October 2017.

Since the Premier League’s creation, Watford have only come away with two league victories over the north London club.

Watford gained their first points of the season with a deserved draw at St James’ Park after a shocking start to the season. The Hornets will hope returning manager Flores can make an instant impact to put fears of relegation to bed. Arsenal recovered well to earn a draw during a pulsating north London derby and created chances to claim all three points. They possess one of the best forward lines in world football but it’s errors at the back that are once again costing them.

Here’s how the two sides have performed in their last five games.

Flores had success with Watford during his last spell in charge of the club but would not have wanted this to be his first fixture back.

The Hornets are yet to keep a clean sheet in the league this season and will face a monumental challenge to keep out Arsenal’s front three. 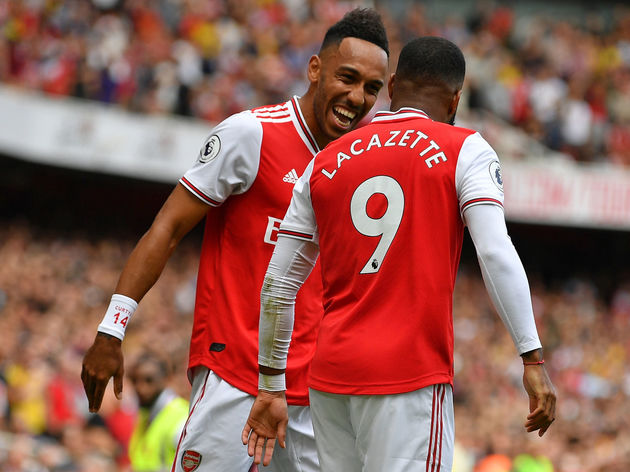 Watford will need to take the chances that the Arsenal defence will inevitable give them but the Gunners’ strength in attack ought to be too much for the Hornets.