Arsenal moved back into the top four as they just about overcame ten-man Watford, with a howler from Ben Foster gifting Pierre-Emerick Aubameyang the only goal of the game early in the first half. They had a good go at mounting an unlikely comeback, however. Craig Cathcart and Etienne Capoue saw efforts well saved by Bernd Leno throughout the first half, as the home side showed some spirit despite the difficult, if self-imposed, circumstances.

The introduction of Mesut Ozil in the second half signalled a tactical change from Unai Emery, however, and while there were one or two hairy moments as Watford pushed for an unlikely equaliser, Arsenal were able to see it out with relative comfort to secure what could be an important victory. ​ 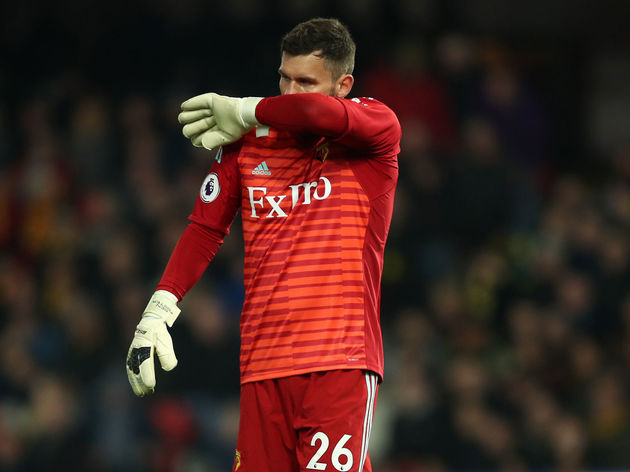 Having reached the FA Cup final in dramatic fashion last weekend, the focus for ​Watford turned back to securing European football in a more conventional fashion when Arsenal came to town, playing out one of the two games in hand they had amassed over Everton and Leicester.

They were forced to do so without the creative force of Gerard Deulofeu, who went off injured in their cup semi-final, and also opted to rotate their defence, with Daryl Janmaat and Christian Kabasele coming in to join Craig Cathcart in a back three.

After an impressive start, however, the home side took just ten minutes to fall behind, but found themselves a goal and a man down after just ten minutes. The performance that followed was by all means a good one, as they continued to stand up to their esteemed opposition, but the task proved to be too tall an order for Marco Silva’s side. Nonetheless, they shouldn’t have too much bother shaking it off, considering the season they have had. 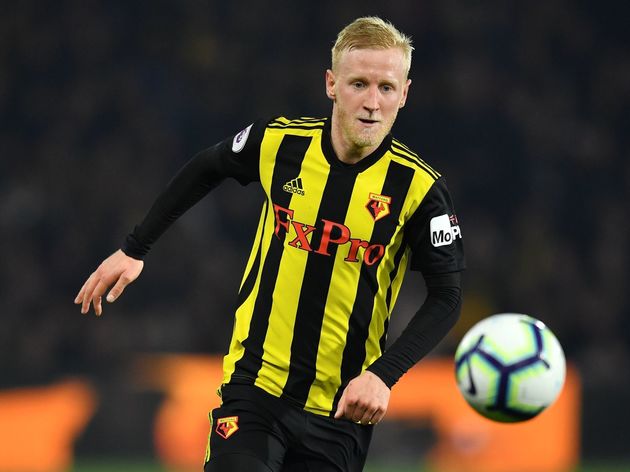 After effectively handicapping themselves in the first ten minutes, Watford failed to capitulate as many expected they would. Though clearly struggling to get to grips with the game, they created a few chances of their own, and at the heart of it all, as ever, was Hughes.

He featured in a more central role, perhaps with his creativity required in the central positions with Gerard Deulofeu out of the picture, and on another day, it could easily have been a match-winning performance from the 23-year-old.

He rolled up his sleeves, dug deep, got stuck in, and did what he could to earn his side a point. If he shows anything close to the work rate he showed here over the remainder of his career, then he is an England star in the making.

Will Hughes is such a good player. Why did we only sell him for £5M?!

All the pre-match talk with Arsenal was about their dismal away record, having won just one of their last nine away from home before this one, losing so meekly at Everton last time out. That form contrasts starkly with their ten consecutive victories at the Emirates, and with the away games stacking up in their run-in, it had been clear for a while that something had to change for them on the road.

Emery’s reversion to a back four – featuring a first start under Emery for Konstantinos Mavropanos – initially looked to be a positive effort to do so. Some six changes to the side who overcame Napoli during the week saw the cavalry of Mesut Ozil and Alexandre Lacazette among those dropping to the bench, with Henrikh Mkhitaryan and Alex Iwobi replacing their attacking contemporaries. In truth, it didn’t entirely work in the first half. They were handed an opening goal by Ben Foster, then they were handed a man advantage thanks to some madness from Troy Deeney, but even then they couldn’t take control of the game.

To Emery’s, credit, however, he refused to stick when his tactics weren’t working. Ozil was introduced at half-time, with Matteo Guendouzi following shortly after, and the second 45 – while still a long way from vintage – saw them manage the game well, and pick up their first clean sheet away from home this season.

Ultimately, the win put the Gunners into a strong position in their bid to finish in the top four, and now ahead of Chelsea and Manchester United with a game in hand, it is theirs to throw away now. Picking a man of the match for Arsenal was a tricky task. Their performance, which in itself was far from brilliant, was greater than the sum of their parts, with Aubameyang providing them with the game’s only instance of industrial quality.

In the end, though, it was Leno who won them the points more than anyone else. He was hardly faced with an avalanche of shots, but he was required to make two excellent saves in the first half, and the German’s competency at claiming crosses looked a calming influence on his side as they defended their lead well into the dying stages.

Leno is the best keeper we’ve had in years!!!!! Hands down!!

Leno has really grown into quite a good keeper this season

Watford have the luxury of a five day break before a double-header with Huddersfield and Southampton brings them up to speed with their European competition in terms of games played.

For Arsenal, they travel to Napoli on Thursday, looking to avoid a Europa League catastrophe and see out the second leg of their quarter-final, before Crystal Palace make the short trip to the Emirates on Sunday afternoon.