Arsenal knew they needed to start strongly in their FA Cup fourth-round tie on Saturday in order to avoid another cup defeat to “bogey side” Southampton, said former Saints player and hat-trick hero Theo Walcott.

Welbeck can still shine for Arsenal

The 27-year-old marked his return from a calf injury by scoring a treble against his former club, while Danny Welbeck also scored twice as the Gunners ran out 5-0 winners, despite Arsene Wenger serving the first game of his four-match ban.

Speaking to the official Arsenal website, Walcott, who made a £5m move from the Saints in 2006, emphasised how important it was to make a bright start against the team that knocked his side out of the EFL Cup earlier this season.

And Walcott was delighted to get on the score-sheet in the first-half as Arsenal led 3-0 at the break.

“We know how it’s been when we come to Southampton, they tend to be our bogey side to be honest,” he said. 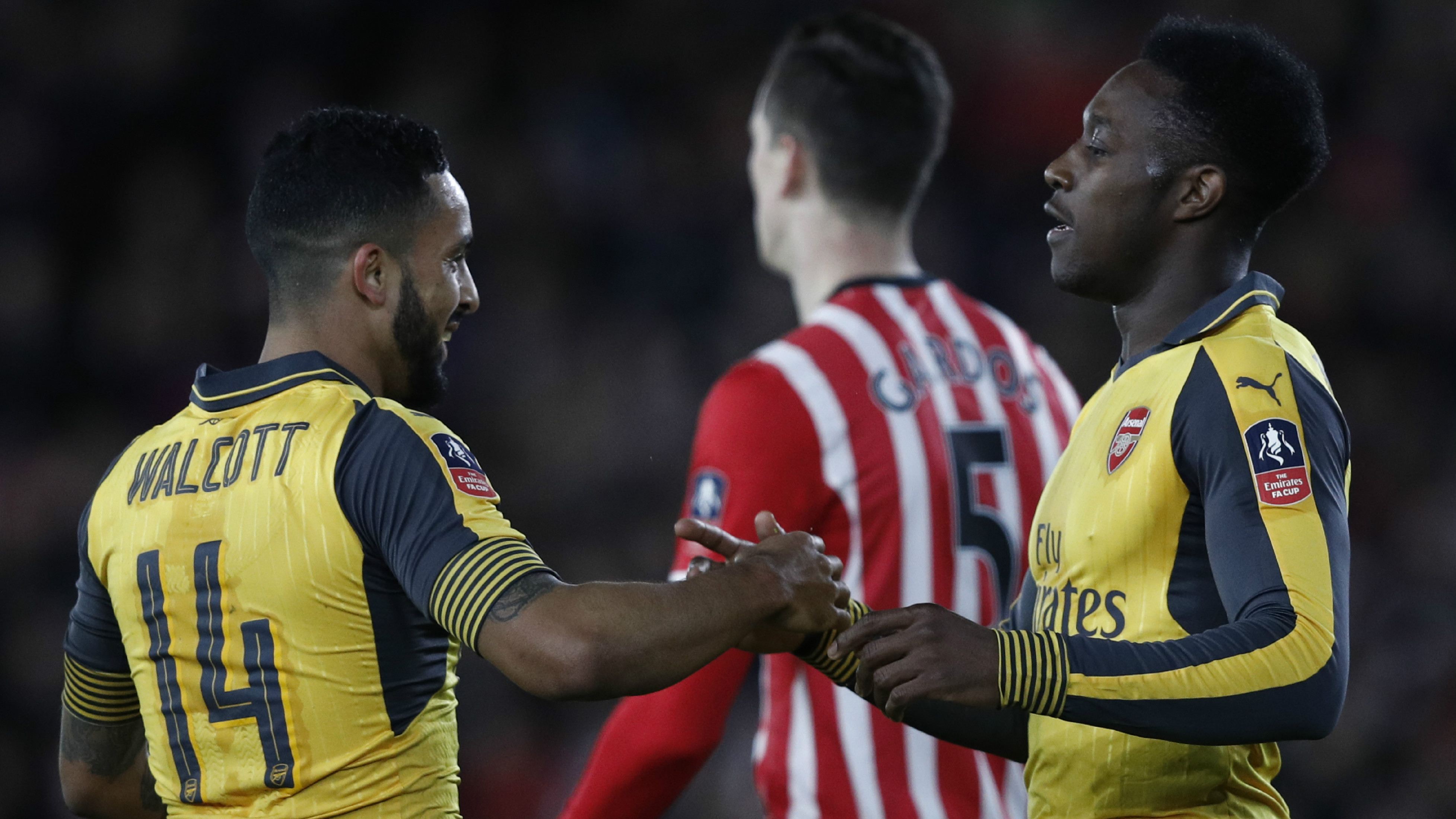 “But from the word go, we were ready. We’ve been lacking on poor starts lately.

“It’s nice that we created a lot of chances and we tucked them away, and it’s a clean sheet which is what we aim for in any game.

“A lot of changes today were made. We’ve managed to do our talking on the pitch.”

Although Wenger wasn’t on the touchline to watch his side, the Frenchman still played his part in the triumph.

“We’re on the pitch, we just try to do our job. When things are going well it’s great, it’s obviously important for the manager to be there, but he was in the dressing room before and after the game and during half-time, but we know our jobs.

“We’ve been in the game for a long time, we’ve got so much experience and we wanted to get the win today.”

While Walcott remains focused with the task at hand with Arsenal, he admits he still looks out for his old club’s results and he’ll be backing them in their EFL Cup final against Manchester United in February.

“It’s been so long now, I’ve had some great memories and Southampton always will be in my heart without a doubt,” he said.

“I enjoyed playing football here at the time and obviously I’ve enjoyed tonight. Fantastic game today, but Southampton are a strong team.

“They’ve obviously done very well in the cup competition – I’ll be cheering them on in the final and they’re very strong in the Premier League.”