The Spanish star hasn’t featured for the Gunners since October 2016 after suffering a terrible Achilles injury that required 10 surgeries and a skin graft to sort out. There were even fears of the midfielder’s career being over, but he is aiming to put those to rest. 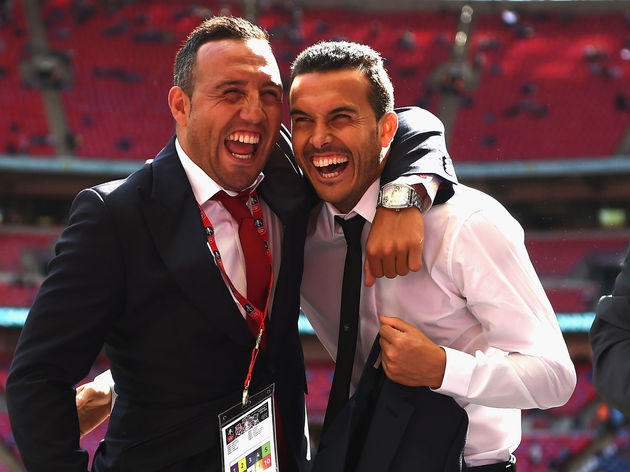 On Thursday, the club posted photos of Carzola in training, leaving fans – especially those who visited the Emirates – hopeful of a return before the end of the season. A video of the Spaniard training with the ball has since emerged as well.

Check it all out below:

Cazorla’s contract will expire in the summer. But Arsene Wenger had previously revealed that he had been contemplating a new contract for the player after hearing about his progress.

(You may also be interested in: ​Arsene Wenger Drops Biggest Hint Yet That He Will Seek New Management Challenge After Gunners Exit)

“I have not seen him since the League Cup final because he has gone back to his rehab. But the last news I heard is that he is doing very well. ‘I hope that certainly he will come back before the end of the season and we can make a check-up of where he stands. Can he play again in the Premier League? I don’t know, I have to see how he responds to his injury.”