Emery lost his job with Arsenal following a dreadful run of form, amid concerns that missing out on Champions League qualification could cost the Gunners their best players – but the Spaniard remains a coach with an impressive back catalogue of success. 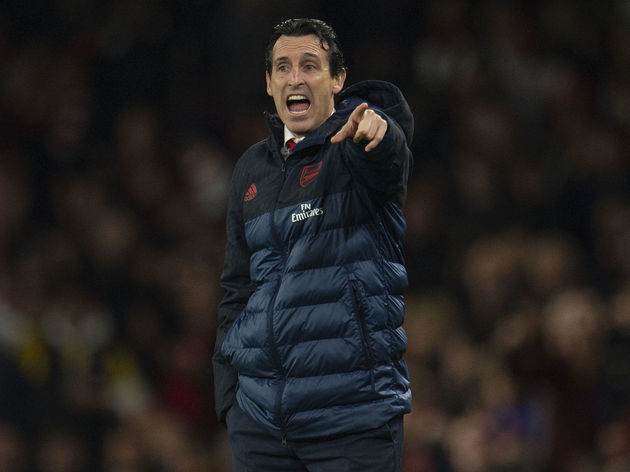 According to The Athletic, Emery met with Moshiri and Kenwright in London last week to talk about the Goodison Park job. The report explains that Emery has not yet had any further contact from Everton and has been contemplating taking a break from football, but any ‘development of Everton’s interest’ could see him consider an offer from the Merseysiders.

Emery is also said to have first been ‘sounded out’ by Everton back in 2016 when Roberto Martinez was sacked. At that time, he had just won a third consecutive Europa League title with Sevilla, but ended up joining Paris Saint-Germain. Everton hired Ronald Koeman instead.

The Athletic notes that Vitor Pereira is another name on the Toffees’ shortlist. The 51-year-old Portuguese is currently in charge of Shanghai SIPG, winning the 2018 Chinese Super League. He has also won league titles with Porto and Olympiacos in Portugal and Greece respectively. It is not clear if Pereira has been formally approached, but Everton have interviewed him before. That was back in 2013 when the club were searching for a successor to Manchester United-bound David Moyes, eventually settling on the aforementioned Martinez.

Bookmakers actually consider Moyes odds-on favourite to return to Everton. SkyBet list the Scot at 8/11, with Pereira at 9/4 and caretaker Duncan Ferguson a 6/1 shot to get the job on a permanent contract. For now, Emery is more of an outside bet at odds of 12/1.

Ferguson took charge of his first game against Chelsea at Goodison Park on Saturday and oversaw a much-needed victory. Next up for the Toffees legend and his players is a trip to Old Trafford to face Manchester United.