​Arsenal manager Unai Emery has warned his players that he will not tolerate simulation during matches, after three players were shown yellow cards for diving during Saturday’s 1-0 victory over Huddersfield.

Granit Xhaka, Shkodran Mustafi and Matteo Guendouzi were all cautioned by referee Paul Tierney, who ruled that the trio had dived with the intention of tricking the referee into making a decision. Speaking after the game, Emery insisted that he will not tolerate such behaviour from his players. He is quoted by ​The Daily Star as saying:

“The opposition can decide what the rhythm is when they have the ball, and they wanted to play like that.

“It’s a tough match for that because of the opposition, because they were stopping the play by fouling us in the circumstances.

#Arsenal are unbeaten in 21, yet all I am seeing is talk about us diving.

They all hate it when we’re doing well.

Long may it continue!

“These yellow cards are good because the referee has been able to take the decision.”

He added: “I think today was a very important result.

“There were also a lot of yellow cards, fouls and time wasting. We needed patience and to win by waiting for our moment. 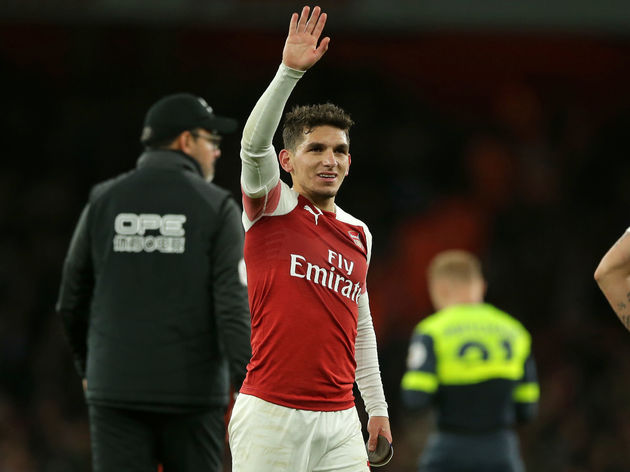 “In the first half we had chances and maybe a goal, and in the second half it was the same. The goal came later but it’s given us a good result in the end.”

The result means ​Arsenal’s undefeated streak has now extended to 14 matches, and they currently sit fifth in the ​Premier League. They remain level on points with fourth-placed ​Chelsea, who earned an impressive 2-0 victory over defending champions ​Manchester City to remain eight points behind ​Liverpool.