​Arsenal manager Unai Emery claims that the club’s main focus is lifting the Europa League trophy at the end of the season, insisting that the added benefit of Champions League qualification is an afterthought.

The Gunners are facing an improbable task of qualifying for Europe’s elite competition through the Premier League, as they are sitting three points and eight goals behind Tottenham heading into the final day of the season, but they do have one foot in the Europa League final already. 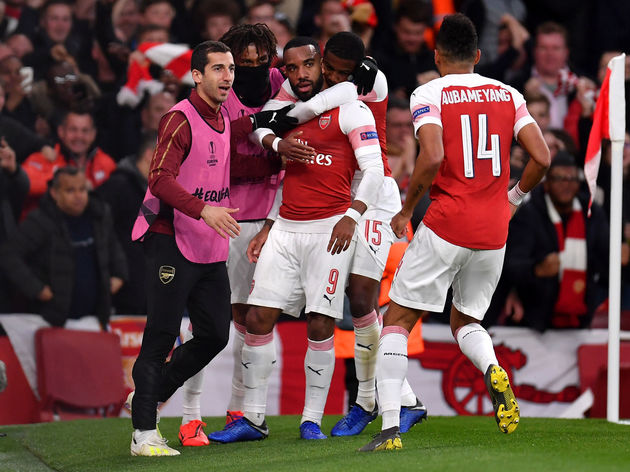 Arsenal registered a 3-1 win over Valencia in the first leg of their semi-final clash, and Emery insists that the club’s main goal of winning the Europa League will be to lift the trophy at the end rather than qualify for the competition’s bigger sibling.

“The Europa League is a trophy and we are playing in it to win it,” Emery said, quoted by ESPN. “The second motivation for us is that it will give us a Champions League place. We know it’s going to be difficult, and we have no chance in the Premier League, but with ambition and a strong mentality we know we can win.”

The Arsenal manager, who has also take charge of Valencia in the past, has tasted great success in the Europa League in recent years, winning three consecutive titles with Sevilla between 2014 and 2016.

During the run of his first Europa League trophy, Emery knocked out Valencia during the semi-finals of the competition thanks to a last-gasp goal from former Premier League star Stéphane Mbia.

Arsenal could face either Chelsea or Eintracht Frankfurt in the final later this month, with the Blues currently in the driving seat after Pedro cancelled out a Luka Jović header at the Commerzbank-Arena.