​Arsenal manager Unai Emery has been fined £8,000 after admitting to ‘improper conduct’ following the 1-1 draw with Brighton on Boxing Day.

The Gunners boss appeared to kick a water bottle into the crowd, striking a supporter in the process, but it looked as if he would avoid any retrospective action after going over to apologise immediately, and then again at full-time.

Arsenal Manager Unai Emery has been fined £8,000 after he admitted an FA improper conduct charge and accepted the standard penalty. It concerned his conduct during the game against Brighton on 26 December 2018. pic.twitter.com/szlnUmGPIB

It appears not, however, as an FA spokesperson has today confirmed on Twitter that the Gunners boss has been issued with a standard penalty after admitting to improper conduct, as confirmed by ​the Telegraph.

It seems as if the fine will be as far as it goes, however, quashing fears of a touchline ban for the new ​Arsenal boss for the time being.

The draw with ​Brighton was a frustrating one for Arsenal, as was evident in Emery’s actions in the closing stages, but things went from bad to worse just three days later as they were taken apart by Liverpool at Anfield, losing 5-1.

It leaves the Gunners five points behind ​Chelsea in the race for the top four after the Blues registered narrow wins over Crystal Palace and Watford and, for the first time in his fledgling reign, Emery is under pressure. 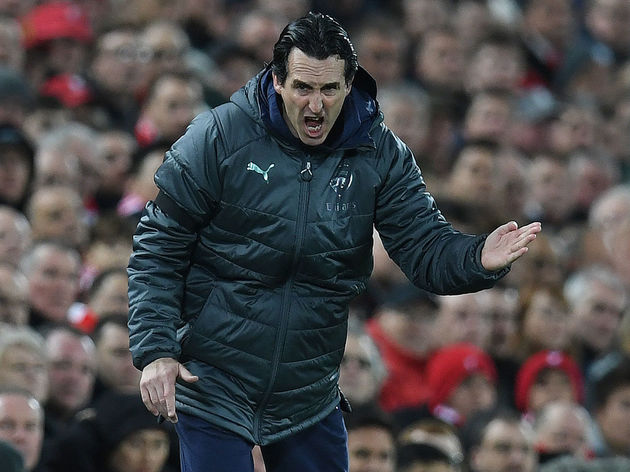 They will be hoping to bounce back with a win when they welcome Fulham to the Emirates on New Year’s Day, before an FA Cup visit to Blackpool and yet another London derby with West Ham.