Unai Emery has said there is a ‘special’ rivalry between Manchester and Arsenal, as the two sides prepare to write the latest chapter in the storied history between the clubs.

While it may seem alien in the modern footballing context to bill this one as anything close to a ‘derby’, there is demonstrable bad blood between the two, harking back to the late 90s and early 2000s when Alex Ferguson’s United and Arsene Wenger’s Gunners went head to head over the ​Premier League title.

They have both fallen away somewhat in the years since, but they come together once more on Monday looking to make an early dent in their opponents’ top four aspirations. 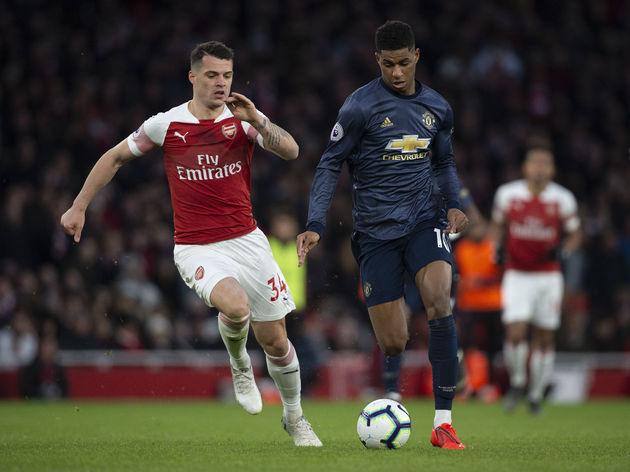 “I think Monday at eight o’clock, all around the world, if someone wants to watch a football match, it’s this one. “We really want to play matches where we can do something important. We are preparing well. The players are wishing to play the next match – we know it’s a very big opportunity for us to get three points.”

Monday’s clash will see Emery take on Solskjaer for the third time, with his side emerging victorious in the FA Cup back in January only for United to return the favour in league business two months later.

The United boss finds himself under pressure ahead of the tie-breaker after his side’s inconsistent start to the season, and Emery says that while his knowledge of the club and the competition means he has it in him to turn it round, his men will be doing all they can to ensure they don’t ease the pressure on the Norwegian. “He knows the high competition, the high level and he has now very good players. His challenge is also to achieve the consistency and performances that will get them in the top four.

“We are going to fight on Monday the first time of this season and it’s how we can respond, us and them.”