​With summer just around the corner, it can mean only one thing in football: Transfer rumours, and an absolute boatload of them.

So without further ado, here are the latest rumours being churned out to satisfy our cravings for transfer speculation. We begin our roundup with ​Newcastle United, who have registered an interest in Club Brugge striker Wesley Moraes, if his agent is to be believed.

During an interview with ​The Laziali, Paulo Nehm confirmed the Magpies have enquired about the 22-year-old, who has 17 goals in 48 games this season, but stated his decision is dependent on the future of manager Rafael Benitez. From north of the country to the capital now, as Harry Kane’s understudy at ​Tottenham, Fernando Llorente, is attracting interest from fellow ​Premier League sides.

The 34-year-old, who has eight goals in 34 games this season, is out of contract with Spurs at the end of this season. However, per a report from ​The Sun, he is being chased by both ​West Ham and ​Leicester as the pair look to extend the Spaniard’s stay in England’s top tier by at least one more season.

It’s said that Llorente, who could sign off his Tottenham with a Champions League trophy in a week’s time, is keen to feature more regularly, which could be the case at either the London Stadium or the King Power Stadium. From one Llorente to another!

Despite suggestions from Jurgen Klopp that it would be a quiet summer for Liverpool, it hasn’t stopped the Reds being linked with a move for Real Sociedad’s Diego Llorente.

Reported first by the International Business Times’ Oier Fano Dadebat (via a tweet that has since been deleted), AS have picked up the story which claims the Champions League finalists are close to agreeing on a €25m deal for the centre-back.

It must be said that the Spanish side are unaware of any interest in the 25-year-old, who impressed in his 21 league appearances in 2018/19. Moving on to Europa League finalists ​Arsenal now and their soon-to-be free agent striker Danny Welbeck, who is being monitored by a host of Premier League sides ahead of his release.

According to ​​The Standard though, ​Everton appear to be the front-runners for his signature in a Premier League heavy race that includes West Ham, Crystal Palace, Newcastle and Wolves.

The 28-year-old, who hasn’t featured since sustaining an ankle injury in the Europa League in November, could even see his £100,000-a-week wages increase further should he decide to move to Goodison Park this summer. 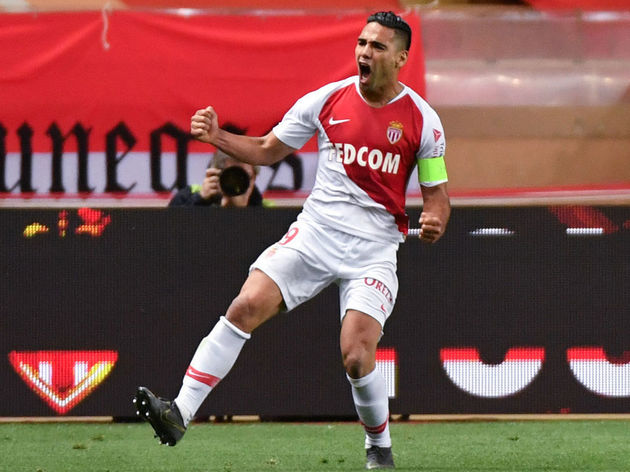 Few stories can tug on the proverbial heartstrings like a player making a return to a club they starred for earlier in their career, so be prepared for Radmel Falcao to become the latest player to do so this summer.

The Colombian international has been linked with a return to ​Atletico Madrid this summer, as reported by ​L’Equipe, despite having one more year on his current contract at AS Monaco.

It’s reported that Champions League football is the reason for the 33-year-old’s desire to leave, something that the principality cannot offer after finishing 17th in Ligue 1.

Falcao was prolific in his two seasons for Los Rojiblancos, with him netting 70 goals in 91 games between 2011-2013. ​Aston Villa fought tough and nail to keep Jack Grealish at the club last summer, as Tottenham were repeatedly linked with a move for the 23-year-old.

One year on however, and manager Dean Smith has warned that any potential suitors this summer, with Spurs set to reignite their interest, will require a lot of money to sign the midfielder regardless of whether Villa win their upcoming playoff final against Derby County.

As quoted by ​talkSPORT, he said: “