​If the pre-season is good for one thing (it’s up for debate whether it is or not) then it’s transfer rumours. June and July, bleeding into the early part of August, are always loaded with a ceaseless stream of speculation on moves which, by and large, won’t happen.

But occasionally they do, and that’s the only thing that keeps us going through this long, league season-less slog some people call a holiday. So, to tide you over until your team actually signs someone, here are the best transfer rumours this Sunday has to offer. 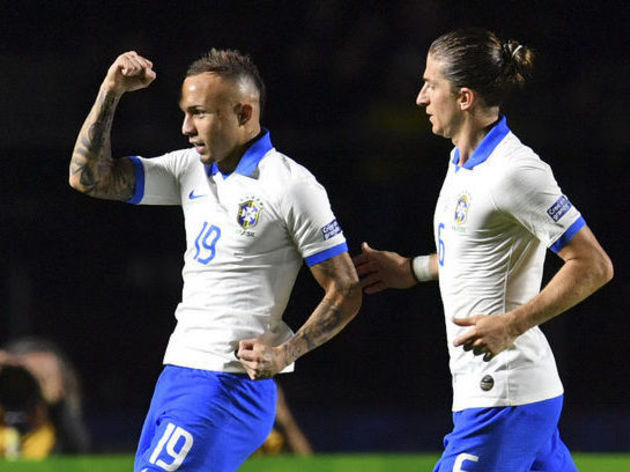 No, that’s not as confusing as it sounds. After scoring his first goal for Brazil, Everton – Gremio’s Brazilian prospect, not Merseyside’s oldest football club – has hinted that he might fancy a move to Old Trafford.

Coming on for the last ten minutes to replace Ajax star David Neres, as Brazil led 2-0 over Bolivia in their opening Copa America tie, the 23-year-old cut in from the left and let loose a sizzling effort that put the game beyond doubt, establishing himself on the international scene.

As quoted by the ​Mail, he hinted that his playing style might suit ​Manchester United, saying: “ Barcelona are rumoured to be interested, while he could follow his pals to Germany, as RB Leipzig are mentioned as another potential destination.

Christan Benteke to Fight for His Place at Crystal Palace Once one of the most feared target men in English football, Christian Benteke never really recovered from an ill-fated move to Liverpool in 2015. As he now seems to be firmly out of favour at ​Crystal Palace with just a year left on his deal, he looks set to leave the club this summer and make a career for himself in Turkey, China, or somewhere else that seasoned, big-money, past-their-best pros go to wind down their careers.

Or so we thought. ​The Evening Standard claim that Big Ben does fancy a move to China, but since there are no concrete offers on the table, he is prepared to knuckle down and fight for his place instead.

In an injury ravaged season, he managed one goal in 19 appearances in 2018/19. His fate might just depend on whether or not Roy Hodgson is able to secure the services of another striker, with no obvious alternatives available as things stand. Juventus fans seemed a bit underwhelmed at the appointment of Maurizio Sarri earlier on Sunday, and if that was something they see as an underwhelming replacement, then it will be interesting to see how they react to bringing in England’s third-choice right-back to replace Joao Cancelo.

The ​Times report that should Cancelo move to Manchester City, it’s Trippier that Juve chiefs want as a replacement, with a £30m move on the table for the Spurs man, who turns 29 in September.

​He wants the move too, so this might actually be a goer, as absurd as it sounds. Loan moves to A​st​on Villa from Chelsea have typically been successful in recent years, with Tammy Abraham winning the Championship golden boot on loan at Villa Park last season. According to ​The Gu​ardian, Welsh prospect Ethan Ampadu could follow in his footsteps, and get his first real taste of Premier League action with the Villans.

It’s unclear whether the 18-year-old will be available, with the possibility remaining that any new Chelsea manager – be it Frank Lampard or someone else – could involve him in their first team plans.

There is a belief in the club’s hierarchy, however, that after making just five appearances in all competitions last season, he would benefit from regular first team football. Villa want to offer him that, and will make their move at the first sign of his availability. So the report goes, at least.

Wolves and Southampton in Bidding War Over Inter Starlet 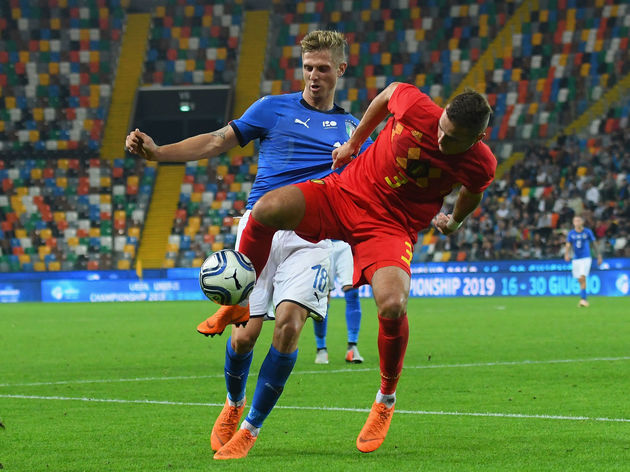 Wolves and Southampton are two sides with lofty ambitions for next season, with the former looking to build on their stellar seventh placed finish in their first season back in the top flight, while the latter strive for success in their first full season under Ralph Hasenhuttl. Dorukhan Tokoz was part of the Turkey side who surprised everyone by getting the better of world champions France last weekend, and could soon get his reward, as rumours circulate that ​Liverpool and Arsenal could come in for the 23-year-old in the forseeable future.

Both sides are reported by ​Fotomac (as per ​Sport Witness) to be in a race with Udinese for the midfielder, for whom Besiktas already rejected an

Heading in the opposite direction is Liverpool striker Rafael Camacho, who is looking increasingly likely to return to his native Portugal.

According to Portuguese outlet ​A Bola, Sporting CP are pursuing a move for the 19-year-old after failing to get him on loan last year. The youngster only has one year left on his deal and is reluctant to sign a contract extension, meaning a permanent move for a fee in the region of €10m could happen.