VOTE: In the second part of our look back at last year’s biggest deals, we assess the top five and ask you to tell us whether you think their respective moves were a success

Real Madrid perhaps justifiably believe that money breeds success, with the side responsible for introducing the term ‘Galactico’ into the modern footballing lexicon having created a new team of all-stars that were this year crowned champions of Europe.

Their €100 million man, Gareth Bale, played a role in their ‘Decima’ success, but did the Welshman justify his record-breaking price tag?

With the Goal Transfer List for 2014 set to published on Tuesday, we have decided to take a look back at Bale’s move to Madrid, and the other biggest movers of last year, to see if the money was well spent.

Below, in the concluding part of our review of the costliest deals of 2013, we go through the top five and invite you to vote via Twitter on whether the transfer was a success or a failure … 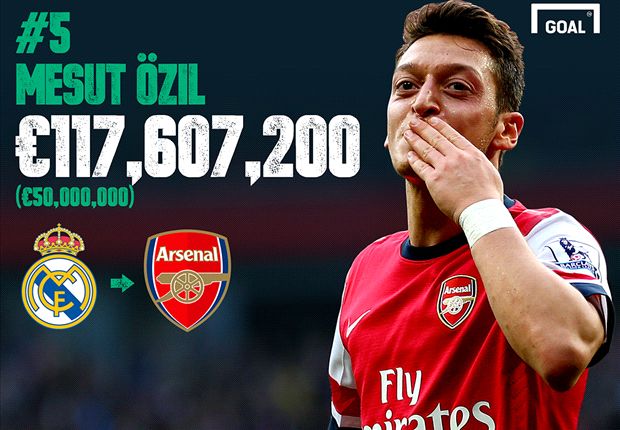 Nobody saw Mesut Ozil’s move from Real Madrid to Arsenal coming – not even the man himself. The weekend before the attacking midfielder’s September 2 switch to the Emirates, Ozil stated that he fully expected to spend another season at the Santiago Bernabeu.

However, the German claimed he was suddenly made to feel unwanted by his bosses, and Arsenal, a side renowned for their financial prudence, surprisingly paid a club-record €50 million for the playmaker, who signed a five-year contract worth €40.5m after tax.

Ozil made an instant impact at the Emirates, earning rave reviews for his vision and precision passing, but he has been beset by injury problems over the past year, as well as constant questions over his work-rate, and assessing his value remains a divisive issue among English football fans. 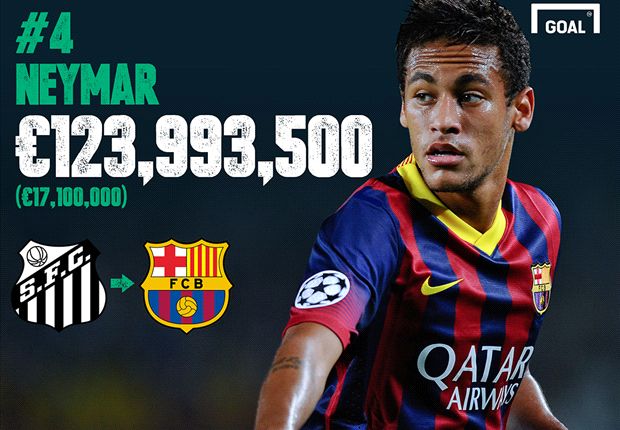 The fourth biggest transfer of 2013 didn’t just take Neymar from Santos to Barcelona, it also took down a club president, namely Sandro Rosell. The Catalans revealed that they had had paid €57m for the Brazil international but it was subsequently claimed that €40m of that fee went to N&N, an agency affiliated with the player’s father, with the remaining money distributed among Santos and two third-party investors, DIS and Teisa.

Spanish prosecutors ultimately launched an investigation into the deal, which prompted Rosell to resign in order to concentrate on clearing his name. Neymar, for his part, endured a turbulent first season in Spain, with his adjustment to his new surroundings have been further complicated by fitness problems.

However, the fleet-footed forward now appears to have settled at Camp Nou, with the current campaign providing ample evidence of the development of potentially prolific partnership with Lionel Messi. 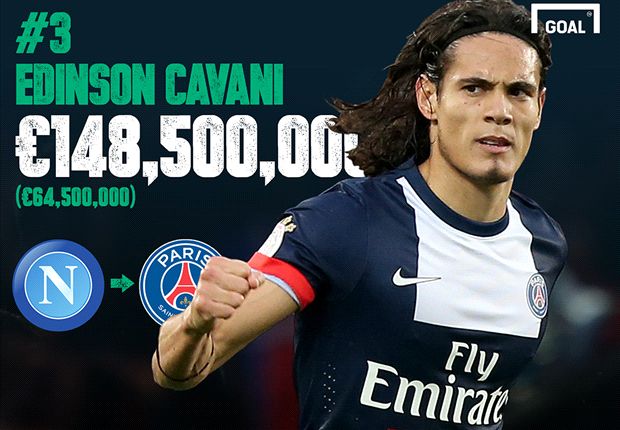 Edinson Cavani claimed shortly before his reported €64.5m move to Paris Saint-Germain that he was not worth the money required to prise him away from Napoli. It is fair to say that some PSG fans have yet to decide if the 27-year-old has been proven right.

The forward forged a reputation as one of the most lethal marksmen in Europe during his three-year stay at the San Paolo, with the Uruguay international racking up 104 goals in 138 appearances for the Partenopei in all competitions. It was that remarkable form that persuaded PSG to meet Aurelio De Laurentiis’ asking price for his most prized possession and award Cavani a contract until 2018 worth €10m a year after tax.

‘The Matador’ has averaged a goal every two games in France (23 in 46 Ligue 1 games) but rumours remain rife that he is unsettled at the Parc des Princes and unhappy at having to play out wide to accommodate star striker Zlatan Ibrahimovic. 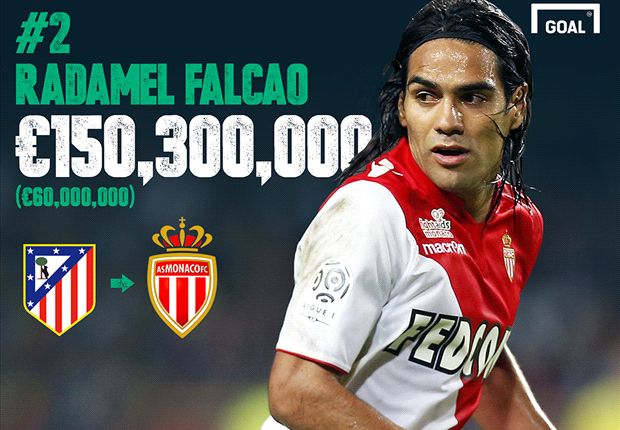 Monaco’s acquisition of Radamel Falcao made the rest of Europe sit up and take notice. The Colombia international was a player at the peak of his powers, coming off the back of two sensational seasons at Atletico Madrid, and coveted by Europe’s elite.

Falcao’s decision to snub Champions League football in favour of a newly-promoted Ligue 1 club surprised many but Monaco had put together a remarkable financial package, meeting Atleti’s €60m asking price, as well as offering Falcao a salary of €12m per annum.

However, the striker struggled to justify the investment – even before his season was ended in January 2014 by a knee ligament injury – and it came as no surprise when Monaco decided to allow the 28-year-old to leave on loan for Manchester United this summer as part of drastic cost-cutting measures at the Stade Louis II. 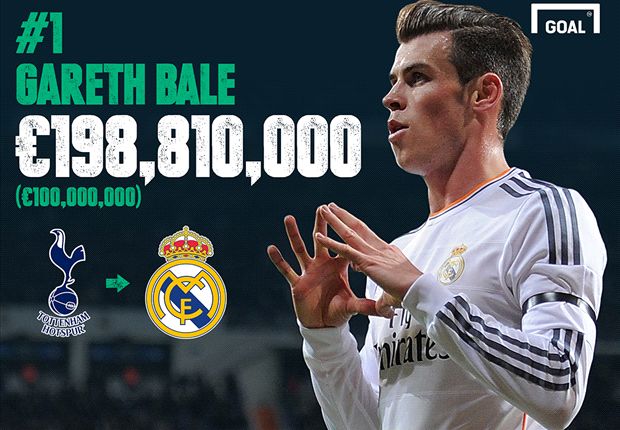 In truth, Los Blancos had paid just under double that figure to take the Welshman away from Tottenham, with the winger having agreed a net salary of €10m a year and a €3m signing-on fee. But Madrid may well view Bale as worth every cent, with the 25-year-old having scored a stunning solo winner in the Copa del Rey triumph over Barcelona before then netting the crucial second goal in the 4-1 win over Atletico Madrid in the final of the Champions League.

Bale has had persistent fitness problems, while his fluctuating form has been the subject of constant debate in the Spanish capital, but there still seems to be much more to come from a player who has already netted 31 times in 64 outings thus far.