​​Tottenham have reportedly entered into a three-club race to sign ​Leicester City defender Harry Maguire, who has been valued at a whopping £50m.

Manchester United and Arsenal are thought to be battling with Spurs to sign the England international, according to ​The Sun.

The report claims that Leicester have already rejected two verbal offers for Maguire – thought to be over £40m – as they bid to keep hold of the 25-year-old. However, if the chasing clubs agree to splash out to secure the defender, the Foxes could have no choice but to let him depart the King Power stadium this summer. 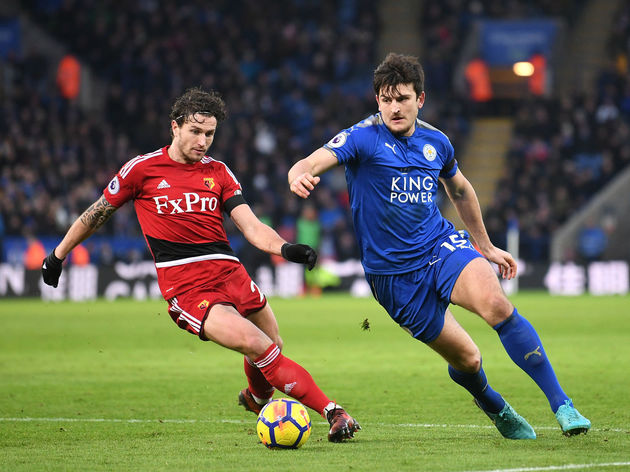 The Foxes are thought to be hoping that a good shift at the World Cup could allow them to rise Maguire’s price tag to three times the £17m that they paid Hull City for him last summer.

Spurs boss Mauricio Pochettino reportedly sees Maguire as a possible replacement for Toby Alderweireld, who has failed to agree terms for a new contract with the north London club, and has not appeared for Spurs in the ​Premier League since he returned from injury at the beginning of the year.

However, Pochettino has already revealed how ​he plans to get his business done before the World Cup kicks off, to avoid performances in Russia altering a players value. Therefore, if Leicester are insisting on holding off until the conclusion of the tournament, a deal could be off the table.

If Alderweireld was to depart Spurs in the summer, Maguire could be an option to replace the talented centre-back. However, Alderweireld’s experience and ability will be near impossible to match, and the north London club would ideally keep hold of the 29-year-old.

Meanwhile, 21-year-old Davinson Sanchez has already made that spot his own in the Belgians absence, so unless Pochettino reverts back to a three man defence, Maguire could find himself as a back up rather than first choice if he were to make the switch to Spurs.​​