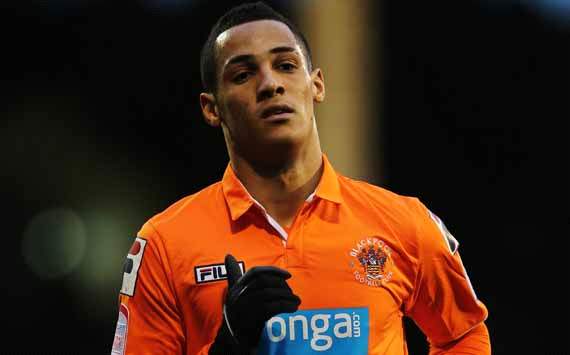 Tom Ince’s return to Liverpool this month is being held up by Blackpool’s request to have a sell-on clause inserted into the deal.

The Sweeper understands that Blackpool chairman Karl Oyston will not stand in the way of Ince completing a move to Anfield 18 months after he joined the Seasiders for £250,000.

Liverpool are close to reaching an agreement with Blackpool over the fee for the 20-year-old winger.

The Championship club have lowered their price tag from £8 million and a deal is expected to be completed for around £6m.

However, Blackpool want the cushion of a sell-on clause of around 30 per cent to be inserted into the deal that takes Ince back to Anfield.

Similarly, Liverpool had a 35 per cent sell-on clause in the deal that took Ince to the Seasiders in August 2011, meaning that the Merseysiders will end up paying £3.9m if the agreed fee is £6m.

All parties are confident that Ince will get his wish of a return to Anfield. Sources say that the move “should be completed by the end of next week”.

The Anfield Academy graduate has blossomed at Bloomfield Road, scoring 13 goals in the Championship this season.

ARSENAL ONE OF CLUSTER OF CLUBS WATCHING DIAME RETURN

Mohamed Diame was attracting interest from a number of leading clubs before he suffered the hamstring injury during West Ham’s 3-2 defeat against Liverpool last month that has kept him out for the last five weeks.

The Sweeper understands that the midfield powerhouse will be closely assessed by a cluster of clubs, including Arsenal, when he returns to action next week.

Diame returned to training in midweek and Sam Allardyce has said he is hopeful that the 25-year-old will figure in West Ham’s cup replay at Manchester United on Wednesday.

Should the Senegal international show no ill effects from his spell on the sidelines, there are likely to be a number of clubs queuing up to trigger the £3.75million release clause in his contract in the final weeks of the window.

The wind of change is blowing not just in Europe as clubs attempt to meet Uefa’s Financial Fair Play rules but also in England, with the Premier League considering formal directives of its own.

At the most recent full Premier League meeting, 16 of the 20 clubs asked the league to press ahead with detailed plans for a ‘break-even rule’, with a view to introducing it next season.

Tottenham were one of four clubs, along with Arsenal, Liverpool and Manchester United, who submitted a paper a day before the meeting which advocated that the Premier League adopt the Uefa FFP rules.

While many of the 20 top flight clubs said their primary motive was to agree either a break-even rule or short-term cost control measures, the Tottenham chairman set the bar even higher.

Daniel Levy said that clubs’ objective should not be to break even, “but to make a profit”, an aim he regards as feasible due to the uplift in revenues from next season as a result of the mammoth new TV deal.

IS DAVIDS WORKING FOR FREE?

One benefit is that it will save Barnet money in the long run, especially given the strong rumours that Davids is not taking a salary from the League Two club.

One well-placed source has said that the multi-millionaire former Ajax, Juventus and Tottenham midfielder told the club he was happy to work for free when he signed as a player-coach last October.