The Crown Ground, otherwise known as the Wham Stadium, and home to League One club Accrington Stanley, is the most exciting across all of England’s top four divisions, while Luton’s Kenilworth Road, Peterborough’s London Road, MK Dons’ Stadium MK and Swindon’s County Ground all do well in terms of providing the most overall excitement.

There is much more drama in the cutthroat and rollercoaster world of the EFL.

The least exciting stadium across all of the top four leagues is St Andrew’s, home to Birmingham and also currently shared by the otherwise home-less Coventry City this season.

With research conducted by bwin, a range of factors have gone into determining this, including how many goals are scored, as well as red cards, 0-0s, hat-tricks, penalties, 90th minute goals. Even things like relegations, promotions and titles wins have been taken into account. 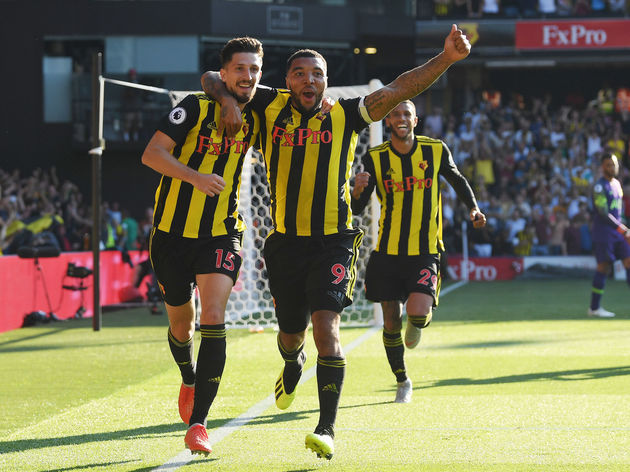 The findings have revealed that Vicarage Road in particular is the Premier League venue where both teams are most likely to score at least one goal. That is because it happens 56% of matches, with goals at both ends offering more ‘excitement’ than one-sided games.

Old Trafford is the Premier League stadium with the lowest chance of both teams scoring, as it only happens 44% of the time, but title wins – both for Manchester United themselves, as well as famously Arsenal in 2002 – also boost the excitement factor.

Manchester City’s Etihad Stadium is the place that offers the highest scoring encounters, with 5+ goals per game happening there on average four times per season. A penalty is also awarded at the Etihad every 243 minutes. But penalties at St Mary’s only happen every 447 minutes. Bramall Lane, home to Sheffield United, will typically see a red card on average once every 409 minutes, the most frequent of any of the current Premier League stadiums.

One major thing in favour of Vicarage Road is that it has seen 15 cup upsets (FA Cup or EFL Cup), where a team from a lower division has knocked out a team from a higher one. That is not necessarily good for Watford as it can go both ways, but it does make for an exciting venue.

*White Hart Lane included alongside Tottenham Hotspur Stadium for more rounded picture given that the newer venue only opened as recently as April.