Arsenal put pressure on their fellow Premier League title challengers as they secured a 4-0 victory against Swansea City on Saturday.

Paul Clement, who took over as Swans head coach on January 3, said Arsenal were appropriate opponents for his first league game in charge given the scouting report he had compiled on them while at Bayern Munich, but all his careful planning was undone by ill-fortune and dismal defending.

Swansea had matched the Gunners’ intensity early on but a loss of concentration allowed Giroud to turn in from close range after the returning Mesut Ozil’s header was not cleared.

Alex Iwobi killed any hopes of a comeback from the league’s bottom club after the break, the Nigeria winger forcing own goals in the space of 13 minutes from Jack Cork and Kyle Naughton.

Sanchez capitalised on some more poor defending to add a fourth for Arsenal that moves them above Liverpool – who face Manchester United on Sunday – and into third in the table, five points behind leaders Chelsea.

Swansea started brightly and came closest to breaking the initial deadlock when Naughton forced Petr Cech to tip a low strike around his right-hand post.

Sanchez tested Lukasz Fabianski with a low strike but that was Arsenal’s only effort on goal in a sluggish opening half-hour. 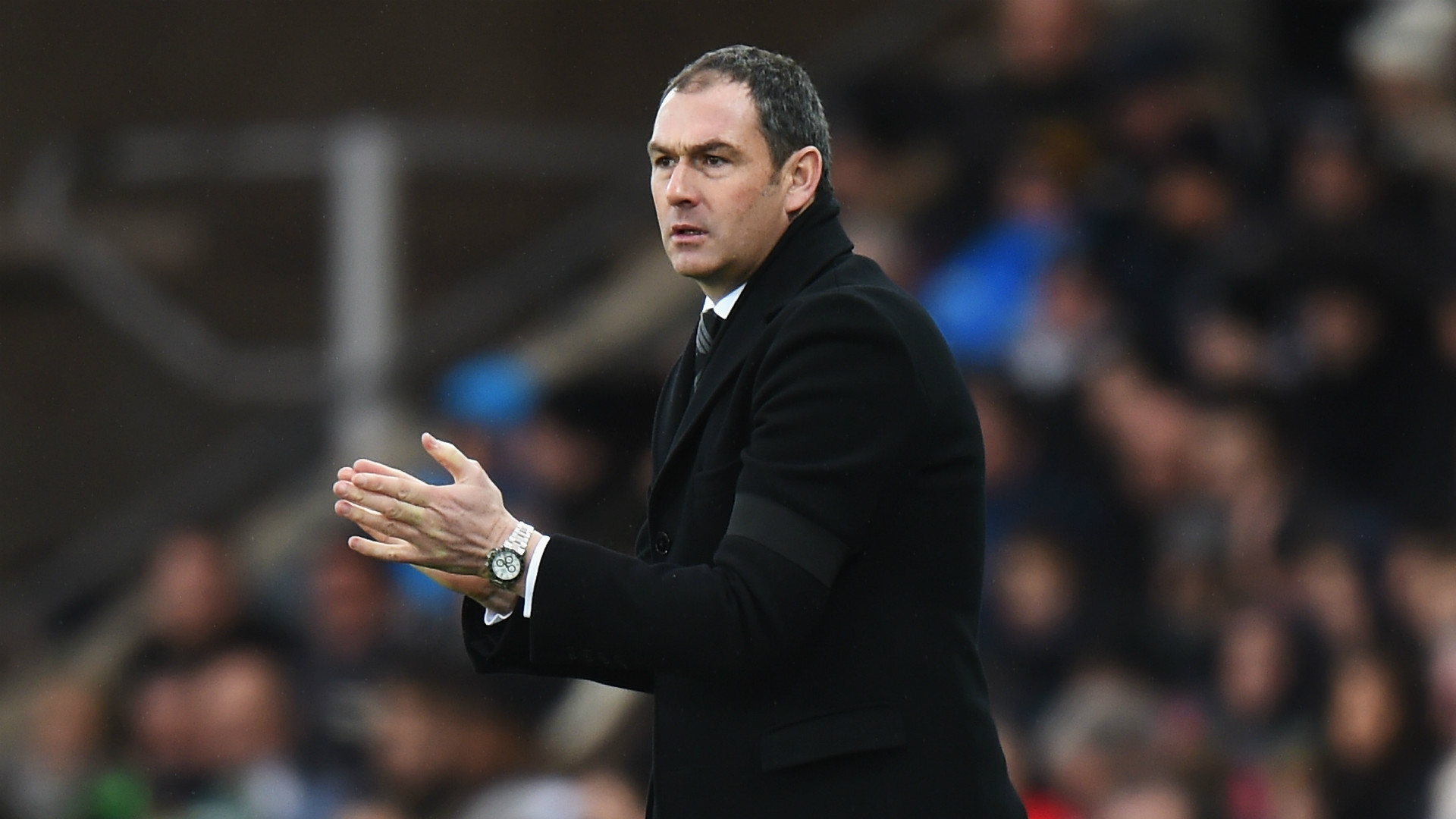 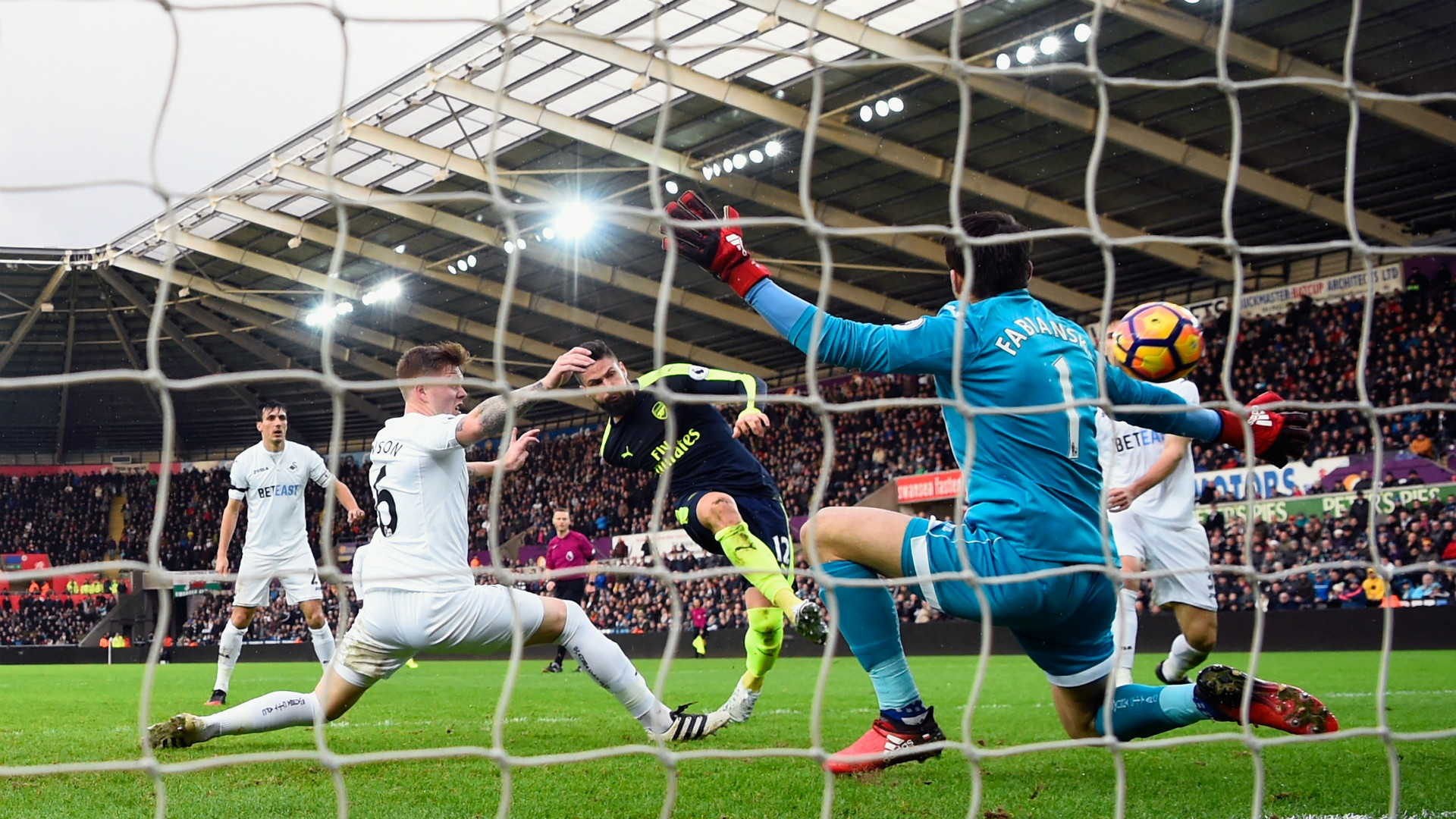 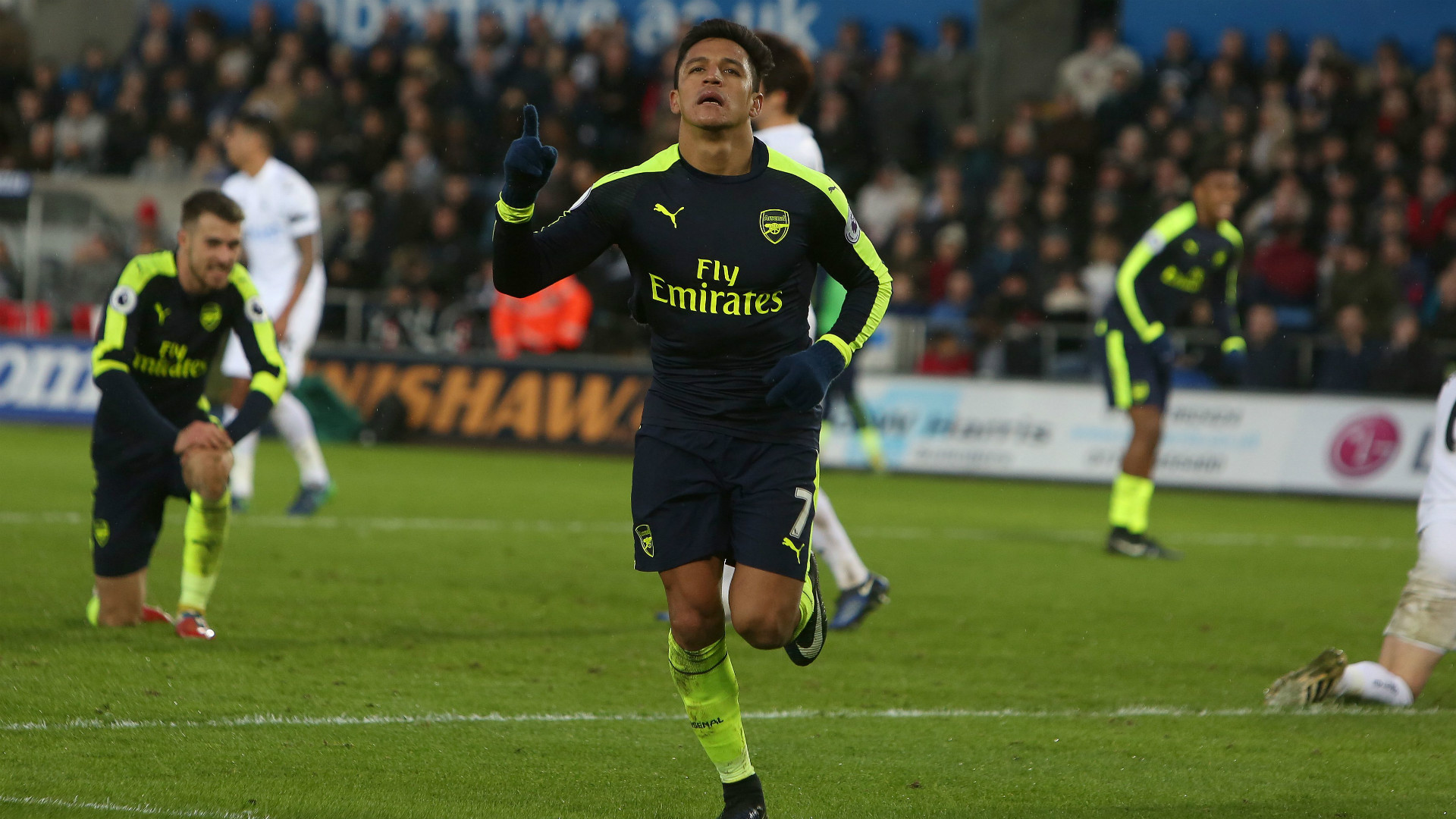 Indeed, Swansea were comfortable in dealing with the Gunners’ threat, but they switched off for the first time eight minutes before the break to allow the visitors to take the lead.

Sanchez collected the ball from an Aaron Ramsey cross and picked out Ozil unmarked near the penalty spot, and when his header deflected into Giroud’s feet, the France striker fired high into Fabianski’s net from point-blank range.

Swansea thought they had a chance for an equaliser when Ki Sung-yueng went down in the area after being clipped by Laurent Koscielny, making his 200th Premier League appearance, but referee Mike Jones opted to book the midfielder for going to ground too easily.

Arsenal turned up the pressure from the off in the second half and found a crucial second goal with 54 minutes played – albeit in extremely fortunate circumstances.

A loose ball broke to Iwobi in the area and his low right-footed strike took a huge deflection off the foot of Cork and looped over the despairing Fabianski and into the corner of the net, before another Iwobi effort found the back of net via a deflection off Naughton soon after.

Swansea heads had dropped and Sanchez made the most of some more slack defending to score Arsenal’s fourth, the Chile star placing the ball into the top-right corner of Fabianski’s net after it fell kindly to him following Wayne Routledge’s challenge on Ramsey.

The latter stages were played out at a pedestrian pace but the glum faces from the watching Swansea board said enough, as Clement suffered the same fate as predecessor Bob Bradley in his first league match in charge – a defeat to Arsene Wenger’s side.