Arsenal lost ground in the race for the top four as they were held to a goalless draw by Burnley at the Emirates Stadium.

The Gunners dominated the game, attempting 20 shots and having 76 per cent of the possession, but bottom side Burnley, who had not played a Premier League fixture in three weeks due to Covid postponements, defended resolutely to claim a valuable point.

Arsenal struggled to convert their dominance into clear chances and on the rare occasions they did prise the visitors open, their finishing was poor, with Alexandre Lacazette spurning their best chance when he sent an Emile Smith Rowe cut-back wide with the goal gaping.

“We created a number of situations, shots, crosses,” said Arsenal boss Mikel Arteta afterwards. “But to win this match you need to have a different level of quality, and we lacked that today.”

Lacazette was not the only one guilty of wastefulness, however, as Arsenal made it five games without a win in all competitions since the turn of the year, leaving them two points behind fourth-placed Manchester United – albeit with a game in hand.

Martin Odegaard and Smith Rowe were denied by Nick Pope, who impressed in goal for the visitors, while Bukayo Saka fired wide when he should have hit the target shortly before half-time.

Burnley rarely threatened from an attacking point of view but did go close to taking the lead inside the first 10 minutes, when Dwight McNeil’s left-wing cross-shot had to be acrobatically pushed over the bar by a scrambling Aaron Ramsdale.

McNeil tested Ramsdale again at his near post early in the second half and fired narrowly over following a late Burnley break in the closing stages but otherwise it was one-way traffic as Arsenal spent long periods camped in the visitors’ half.

Burnley were perhaps fortunate to finish the first period with a full complement of players after Ashley Westwood, already booked for a late lunge on Kieran Tierney, escaped a second yellow card for raising his hands to the face of Gabriel Magalhaes.

Man of the match: James Tarkowski

But Arsenal, who exited the Carabao Cup against Liverpool on Thursday and also crashed out of the FA Cup earlier this month, only had themselves to blame for failing to break their obstinate opponents down.

The Gunners were without a host of senior players, forcing Arteta to name five untested academy players among his substitutes, but the lack of spark among his starters was nonetheless concerning, with a smattering of boos greeting the final whistle as the home fans rued a potentially costly slip-up.

The lack of cutting edge was nothing new for Arsenal. It is now four games without a goal for the Gunners. They have not found the net since Bukayo Saka’s opener against Manchester City on New Year’s Day.

Alexandre Lacazette has started all but one of those four games and his lack of confidence in front of goal was obvious throughout at the Emirates Stadium on Sunday afternoon.

In the first half, he created an excellent opening for himself with a driving forward run, only to slice his effort woefully wide at the end of it. In the second, his miss from Smith Rowe’s cut-back left him with his face buried in the turf.

The striker’s link-up play was below-par too at times, his 71 per cent pass completion rate the lowest among Arsenal players, with several wayward passes drawing groans from the home fans.

With Lacazette underperfoming, Pierre-Emerick Aubameyang out of favour and unavailable, and Eddie Nketiah only afforded limited opportunities, the need for a new striker before the end of the transfer window is increasingly urgent.

Arsenal have targeted Fiorentina’s Dusan Vlahovic, who has scored 17 goals in 21 Serie A appearances this season, but with their chances of a top-four finish seemingly slipping out of reach, it may be tough to attract a player of his calibre.

The club have just over a week to find a solution. 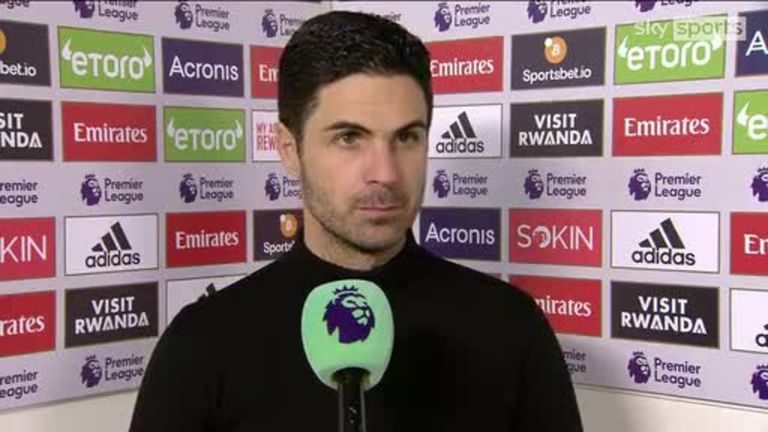 “The way we started the game, it was slow and we didn’t play forward enough and didn’t have enough urgency,” he said. “Probably because of Thursday, it could be one of the reasons.

“Afterwards we picked the game up and started to get better, and certainly the second half was completely different. We were much more dynamic, we had more penetration, we played forward and we had better positions to [threaten] in behind.

“We created a number of situations, shots, crosses. But to win this match you need to have a different level of quality, and we lacked that today.

“With the amount of situations we generated, you need a spark, and someone has to win you the game, if you want to be on top.” 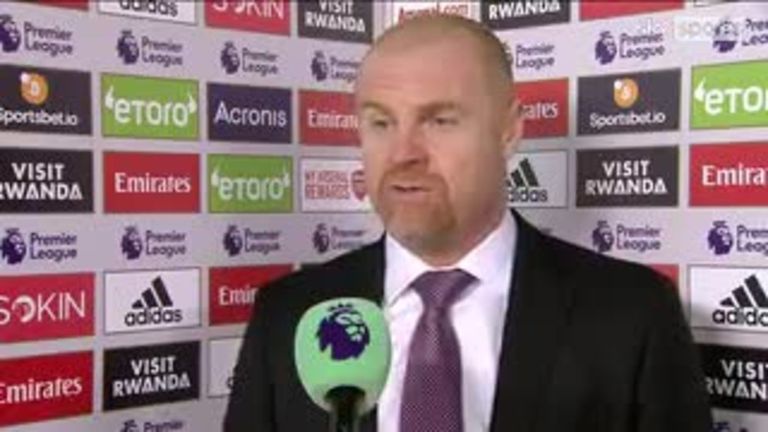 He said: “It is a building block and we want to move in the right direction. We felt it was appropriate to get back to the basics, especially against teams like this when you are going to have to defend well and do it from a good shape.

“We worked hard and I was pleased with that. The challenge all season has been finding the big moments and we had three or four when we were in very good positions and couldn’t find the right pass or run.

“But you need a building block and that is another one. It gives us a nice platform to build on, the mentality today was spot on!”

Arsenal travel to face Wolves at Molineux in the Premier League on Thursday February 10 at 7.45pm while Burnley host Watford at Turf Moor on Saturday February 5 at 6pm in their re-arranged fixture.