Arsenal secured qualification for the last 32 of the Europa League in unconvincing fashion as they were forced to fight back for a 2-2 draw against Standard Liege on Thursday evening.

The Gunners started the better of the two teams, with good hold-up play from Alexandre Lacazette allowing Emile Smith Rowe a clear sight of goal early on, but his shot was deflected behind by Arnaud Badart.

On a very poor surface, the game lacked a coherent rhythm for much of the first half but that didn’t stop Bukayo Saka and Joe Willock both spurning opportunities to score.​

It took until the 47th minute for the first goal of the game, with a wicked deflection off Sokratis diverting Samuel Bastien’s speculative shot past Emiliano Martinez in the Gunners goal. Standard would get fortunate for a second occasion 22 minutes later with Selim Amallah’s scoring via another deflection, this one courtesy of Konstantinos Mavropanos, to double the hosts’ lead.

The visitors pulled one back to put to bed any fears of the home side completing the five-goal swing required to prevent the Gunners from progressing into the last 32, with Lacazette nodded home Saka’s cross in the 78th minute.

Minutes later, creator turned into scorer, with Saka bending an excellent shot into the bottom corner to level up the game. 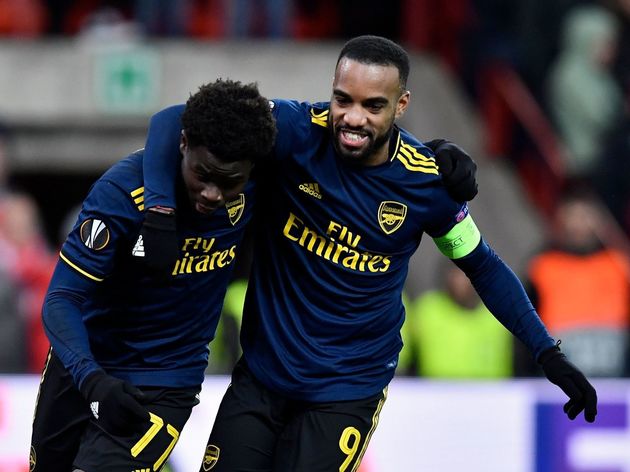 That would prove to be the final goal of an exciting second half, with Arsenal securing first place in Group F due to Frankfurt’s defeat to Vitória.

Here’s 90min’s breakdown of the game.

Possibly in an attempt to stimulate some life in Arsenal’s passionless recent performances, Freddie Ljungberg ​switched to a 3-4-3 system this evening.

The decision was partly vindicated in the first half with Saka and Reiss Nelson linking up very nicely down the left-hand side, while to a lesser extent, the Gunners double-barrelled brothers, Maitland-Niles and Smith Rowe also operated well down the right wing. Again though, the Gunners lacked a clinical edge and were made to pay for their wastefulness when the home side scored two fortunate goals just after half time.

Perhaps this would spark a revival in the young Gunners squad? Yes…sort of. Fortunately, they were saved by two pieces of individual brilliance by Saka, who provided the assist for Lacazette to pull a goal back, before scoring an equaliser minutes later.

Don’t let the result fool you – this was another overwhelming disappointing performance from Arsenal. 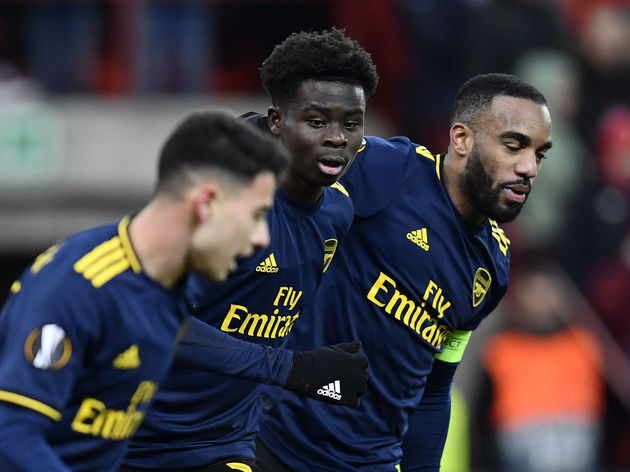 The 18-year-old’s emergence has been a rare positive in a miserable season for the Gunners and he put in another exciting performance this evening.

Providing the assist for Lacazette’s goal before scoring one of his own, Saka acted as his side’s ‘get out of jail free card’ tonight in a mostly dire display.

Next up Arsenal face the daunting task of facing Manchester City on Sunday as they look to close the gap on the top four in the Premier League.

Standard Liege on the other hand have an equally mouth watering