Throughout their history, ​Arsenal have had many great centre backs. The likes of Tony Adams and Martin Keown are revered by fans as club legends, for their fearless defending and ability to command the Gunners backline, shutting down the best attackers in the world.

Those memories seem a very long time ago, however. The Gunners are in dire need of a new centre back who can take charge of his fellow defenders and ensure they can compliment their lethal attack with a formidable defence.

And Corriere dello Sport are of the belief the north London club have settled on their first-choice target, ​having made an enquiry for Manchester United’s Chris Smalling, who is currently on loan at Serie A outfit AS Roma. Arsenal haven’t improved on their calamitous defending as drastically as fans had hoped. David Luiz has made enough mistakes to underline why Chelsea were happy to part ways with the Brazilian.

His current partner Shkodran Mustafi is somehow still at the club, despite being an unpopular figure among fans.

With that being said, a new signing at the back makes sense and would be a good move for the club. Yet entrusting the defence to Smalling would not be a smart choice, as it’s hard to see how he could transform Arsenal’s current group of defenders – even if he is currently in career-best form and has become ​one of Serie A’s top centre backs. Smalling is registering an 89 percent pass completion rate for this season. Yet that statistic doesn’t tell the complete story, for Roma manager Paulo Fonseca does not ask him to play out from the back.

Rather, it’s partner Gianluca Mancini who is often found with the ball, which is usually given to him by his teammate Smalling to distribute.

And Smalling wouldn’t be an upgrade on ​Luiz if the north London club are looking for a ball-playing defender. For all of the Brazilian’s faults, he’s far more accomplished and composed on the ball than the England international. With that being said, perhaps Arsenal sign him anyway, for his strong physical abilities and defensive presence. The question then becomes – would his addition really work out for the Gunners?

At Roma, Smalling is often protected by a combination of defensive midfielders, whose strong discipline ensure he isn’t left isolated to deal with any attacking threat. Even at United, there were the likes of Michael Carrick and Marouane Fellaini who held the fort for the Red Devils and made it easier for their defenders.

This wouldn’t be the case at ​Arsenal. Granit Xhaka has shown he can’t be trusted to protect his defenders and manager Mikel Arteta appears unwilling to give Matteo Guendouzi as many opportunities as he had under previous boss Unai Emery. Moreover, full backs Bukayo Saka and Héctor Bellerín are regularly asked by their manager to support their midfield and provide overlaps to send in crosses for the waiting strikers. It often leaves the centre backs with the almighty task of stopping any counter-attack that results from an interception or misplaced pass.

It’s hard to say with any certainty that Smalling would help Luiz and Xhaka in halting any speedy attack made by their opponents. The 30-year-old isn’t the quickest of centre backs and has also at times made questionable choices when faced with strikers bearing down on his goal. It’s simply too much to expect him to be the saviour of Arsenal’s defence whenever a swarm of attackers are running towards him at pace.

Therefore, it feels as if Arsenal’s defensive woes would remain the same, even with his addition to their backline.

Smalling is clearly a defender who thrives on confidence. Currently in stellar form for I Giallorossi, he has grown in poise with the adoration Roma fans are currently showering him with for his strong displays. 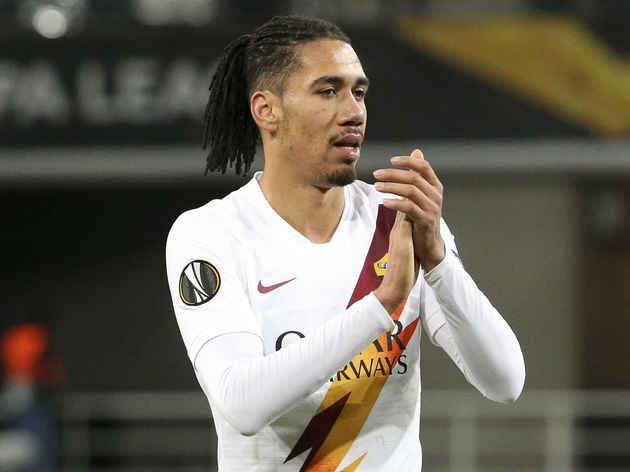 At the Emirates, it would be a different story. Supporters would expect him to come in and deliver in improving their defence. One errant pass or poor decision could make him the target of Arsenal fans’ blame for another defeat. Make another, and suddenly there will be calls for him to be benched and maybe even sold. You can imagine the likes of DT and Troopz laying into him on AFTV, similar to their treatment of Mustafi.

​​What Arsenal need is a defender willing to back themselves, even when the majority of supporters have turned against him. Smalling simply isn’t that kind of player.

The Gunners cannot afford to make the wrong choice here. While Arteta should definitely look at buying a new centre back, signing Smalling wouldn’t be the solution. It’s the right idea, but wrong player for the job.