​Juventus are believed to be the latest side to join the race to sign Arsenal midfielder Aaron Ramsey, as the Wales international looks set to leave his club on a free transfer at the end of the season.

The central midfielder failed to agree a contract extension to keep him at the Emirates Stadium, and will be released by the club upon the expiry on his contract in June. Ramsey, who reportedly earns around £110k per week, reportedly demanded more money than the Gunners were willing to offer, and has subsequently decided to end his ten-year spell in north London. 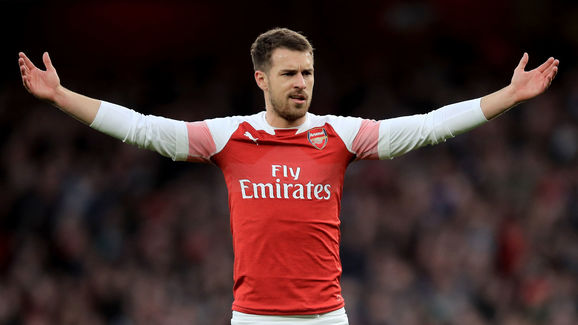 According to the Sun, ​Juventus are the frontrunners to sign the 27-year-old. The report claims Inter don’t have the financial means to offer Ramsey the lucrative wage packet he desires, while the player isn’t keen on playing in Ligue 1 with Paris Saint-Germain. ​Real Madrid are also believed to be interested in the midfielder, with the race for his signature beginning to intensify.

While ​Gunners fans will presumably be disappointed to lose Ramsey for nothing, the exhilarating performances from new midfield recruits Champions​Premier League

In other news, ​Emery defended his players following their 3-1 win over Burnley on Saturday, after Clarets manager Sean Dyche accused a number of them of diving. Emery said that simulation wasn’t part of his side’s ‘spirit’, and that the introduction of VAR next season would help to put an end to controversial refereeing decisions.