​Arsenal have been dealt a blow as key defender Rob Holding is expected to miss the start of the new season as he continues to recover from injury.

Holding has been out of action since rupturing his anterior cruciate ligament in a match against Manchester United in December. He underwent surgery shortly after and it was hoped that he’d be fit in time for the start of pre-season.

After moving to ​Arsenal from Bolton Wanderers in 2016, Holding has established himself as a key part of the Gunners’ defence under Unai Emery. He featured 16 times before his injury and Emery’s men didn’t lose a single one of the matches Holding was involved in. 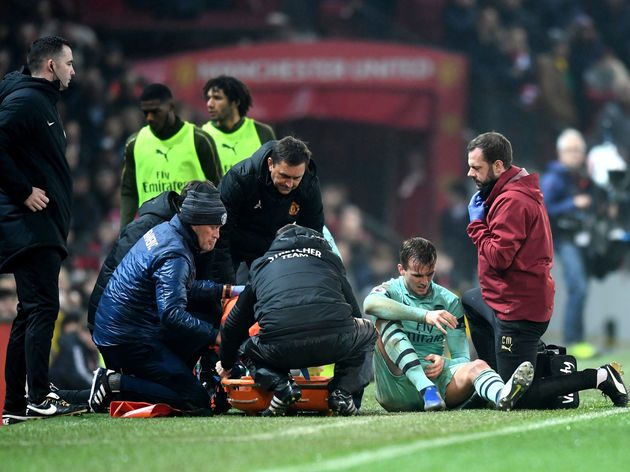 A return to fitness before the end of their pre-season training is now considered Arsenal’s best hope, according to the ​Daily Mail.

Holding’s impressive performances last season attracted the attention of England manager Gareth Southgate, but any hopes of a first call-up to the national team were ended by the injury.

Injuries are causing Unai Emery a headache as he prepares for his second season in charge at the Emirates. Right-back Hector Bellerin is also set to miss the start of the season after he ​suffered a similar injury in January.

August sees the Gunners head to Anfield to face ​Liverpool as well as a north London Derby against ​Tottenham. If the start of their season wasn’t challenging enough it looks as if they will go into these games without two of their key defenders.

Emery has been trying to strengthen his defence ahead of the new Premier League season and the absence of both Holding and Bellerin will only increase the urgency to do so. Talks to ​sign Celtic defender Keiran Tierney are ongoing and the Arsenal boss will hope to get the deal done sooner rather than later.