​Former Arsenal midfielder Ray Parlour has claimed Unai Emery’s recent handling of Mesut Ozil is a way to ensure he doesn’t have to deal with another player-power battle similar to the one he endured at Paris Saint-Germain with Neymar.

Emery joined the Gunners during the summer after leaving PSG, where the Spaniard’s relationship with Neymar was said to be strained. 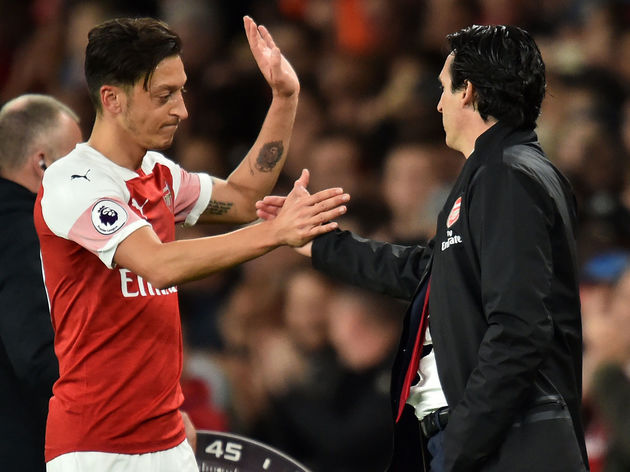 A similar occurrence looks have happened with ​Ozil at ​Arsenal, as the German was not in the squad for the recent EFL Cup defeat to Tottenham ​due to a ‘tactical decision’ made by Emery, with Parlour suggesting the midfielder’s future could lie away from the club.

Speaking to ​talkSPORT, he said: “

樂 “Is there a place for Ozil in the side?”

What should Arsenal do with Mesut Ozil? Ray Parlour has his say after the midfielder was linked with a loan move away. pic.twitter.com/7rOftLOSIz

“When you get left out you’ve got to come back and make sure your attitude is spot on. You’ve got to show the manager you mean business and you’re going to fight for your place and maybe he hasn’t done that.

“So Emery had made that big decision.