England’s Golden Generation may have failed to live up to their potential on the international stage, with quarter finals being their greatest achievement, but as individuals they had prolific domestic careers.

A few of them have gone on to try their hand at punditry, a few have opted to test themselves on the training ground, and handful have chanced their arm at both art forms.

The seven who feature on this list who have gone on to manage sides won a combined total of 82 major trophies as players, including eight Champions Leagues and 35 Premier League titles. However, management is a completely different ballgame. An honourable mention is given to Wayne Rooney, the only member of the Golden Generation

So, without further ado, here’s how England’s Golden Generation’s managerial efforts rank against one another. The 11-time Premier League winner’s reign at League 2 side Oldham Athletic lasted just 31 days. After winning one of his seven games in charge, Scholes announced he would be leaving the club in March 2019 due to interference from the board restricting his ability to implement his style.

With a 14.3% win rate as manager, you can be sure the former Manchester United midfielder will chance his arm at coaching at some point in the future. Until then, expect him to moan on TV about the Red Devils when they’re 3-0 down to Manchester City at some point this season. Much to the delight of fellow pundit Jamie Carragher, Neville’s reign as Valencia manager was an unmitigated disaster.

Questions were immediately raised about the appointment in December 2015 over the former Manchester United defender’s lack of management experience and inability to speak Spanish. Calls for his resignation soon followed as he failed to win any of his first nine La Liga games.

During his three months in charge, Valencia crashed out of the Champions League in the group stages, lost 7-0 to Barcelona in first leg of the Copa del Rey semi-final and were eliminated from the Europa League in the round of 16. The former defender failed to oversee a clean sheet in the league and returned to Sky Sports with a win rate of 35.7%. 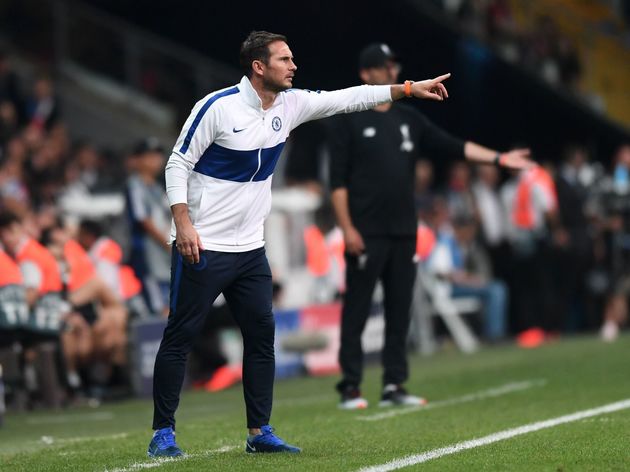 Lampard had a successful first season in management, narrowly missing out on promotion with Derby after losing to Aston Villa in the play-off final last season.

The former Chelsea star won 24 of his 57 games, giving him a win rate of 42.1%. His utilisation of youth was praised and was one of the reasons Chelsea gave their legend their vacant manager role in July 2019.

The Champions League winner has faced a tough start to his reign at Stamford Bridge, losing his first two competitive games. A transfer ban is not making the 41-year-old’s job any easier, either. 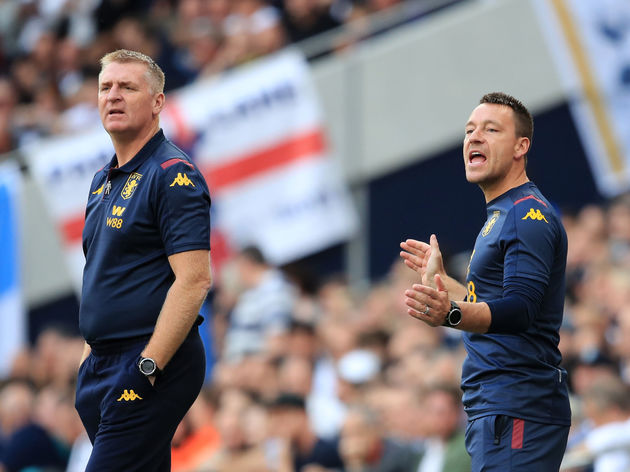 Granted, Lampard’s former captain is not technically a manager, but he still deserves a mention here.

Terry was appointed assistant head coach at Aston Villa in October 2018 and, alongside head coach Dean Smith, helped guide the Villans back to the top flight of English football, beating Lampard’s Derby in the play-off final. It surely won’t be long before the five-time Premier League winner takes sole charge of a club. The 39-year-old made an impressive start to his managerial career after taking charge of Rangers in June 2018. Remaining unbeaten throughout his first 12 games before that record was ruined by Brendan Rodgers’ Celtic, Gerrard helped Rangers finish second in the Scottish Premiership last season.

The Liverpool legend also beat his former manager in the return fixture, giving Rangers their first win over their bitter rivals since 2012. To date, Gerrard has won 38 of his 68 games as manager, giving him a win rate 56.7%. Although Campbell only had a win rate of 26.7% during his time at Macclesfield Town, he was thrown into a position that none of his former teammates have faced.

The former Arsenal and Tottenham defender was appointed in November 2018 with Macclesfield at the bottom of League 2, five points from safety. Losing just two of their final 10 league games, Campbell guided his side to safety, avoiding relegation by three points. The only one so far to have tried again for international success. Although Neville may not have been a star of the Golden Generation, he has certainly achieved more at international level now than any of his old buddies.

Taking charge of England Women in January 2018, the former Manchester United and Everton man soon put fears over his lack of experience in the women’s game to rest. Neville helped the Lionesses to victory in the 2019 SheBelieves Cup before guiding England to the semi finals of the World Cup this summer, eventually losing 2-1 to eventual champions the USA.

Their World Cup success also gained Great Britain qualification to the 2020 Summer Olympics in Japan, with Neville being appointed as manager for that competition.