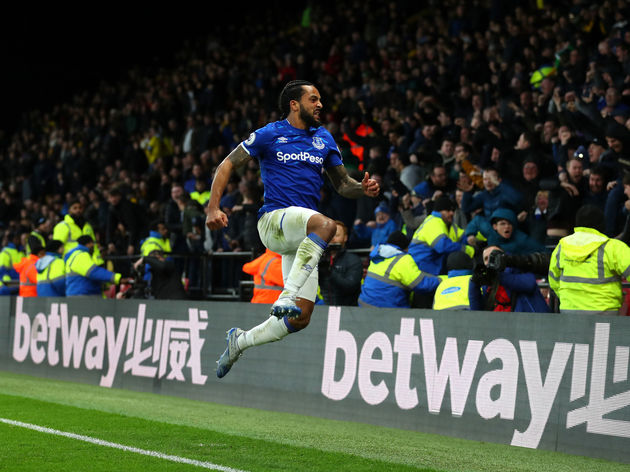 ​Everton can breathe a mighty sigh of relief, and have one man to thank. It’s almost as if an ambitious move for a genuinely proven world class manager pays off.

They’ve lost just once in the ​Premier League since Carlo Ancelotti took the reins for the first time, and made it 15 points from 21 available to the Italian with a gutsy victory at ​Watford; after being 2-0 down within 40 minutes and playing the final 20 with ten men.

There were incredible scenes in the away end when Theo Walcott’s stoppage-time winner hit the back of Ben Foster’s net, with relief and elation palpable in equal measure among the boisterous away support. They’re well and truly safe from danger now, and can start looking upwards. 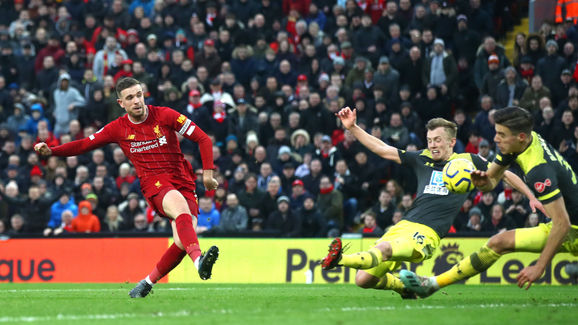 And if the game was befitting of the season, then their second goal was befitting of the game. It had everything trademarked by Jurgen Klopp’s team in recent weeks; an incredible cross-field pass from Trent Alexander-Arnold, a subtle yet flamboyant back-heeled assist from Roberto Firmino, and a decisive high finish from the mightily-improved Jordan Henderson.

Flair, ruthlessness, precision and composure; the four horsemen of the Liverpool apocalypse descending with a war cry on the Premier League.

That’s amazing. Simply amazing. Henderson bends the ball around the defender from out on the sideline and puts Salah in who effortlessly lifts it over the keeper.

It goes against an unwritten etiquette to give two moments to the same player, but if anyone deserves an exception this season then it’s the Liverpool captain.

Also, it doesn’t hurt his cause that there were three 0-0s this week.

12 minutes after coming up with the finish for the second, the Reds’ player of the season so far came up with another moment of magic as he threaded through a gorgeously-weighted through ball that left Jan Bednarek swiping desperately at it on its way to the feet of Mohamed Salah. As if it was nothing, the Egyptian lifted it over Alex McCarthy with an equally delicate dink to lay the Saints to rest. 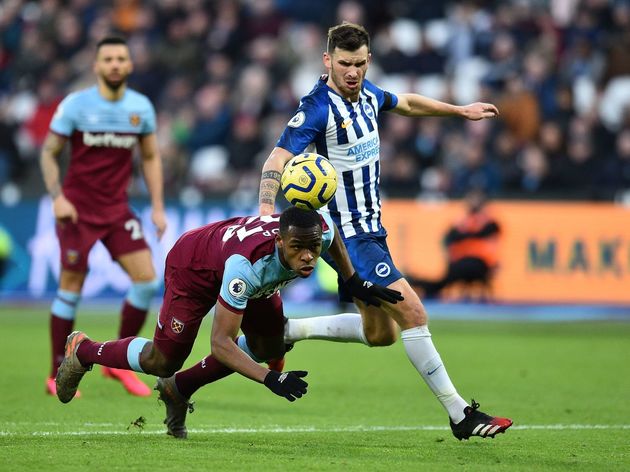 When a team is unexpectedly relegated from the top flight, you can usually look back and pinpoint two or three results that buried them; games which aptly summarise the weaknesses of the side in question and explain in clear terms why they couldn’t cut the mustard over 38 games.

It’s hard to look at West Ham’s 3-3 draw with Brighton as anything different. Their fragile mentality was on display once again as they dropped points after leading 3-1 with 15 minutes to go, but even more potent were their defensive deficiencies.

First there was the hilarious lack of communication between Lukasz Fabianski and Angelo Ogbonna from a corner that forced an own goal from the latter, then there was Issa Diop’s botched headed pass-back that allowed Pascal Groß to squeeze in Brighton’s second. They utterly capitulated, and with Manchester City and Liverpool up next, they sit in the relegation zone with no-one to blame but themselves.

The battle of the small birds was, amazingly, not notable for much. The 0-0 draw between the Magpies and the Canaries at St James’ Park nudged Newcastle out of the top half and left Norwich rooted to the bottom. There was a distinct lack of quality in the final third – again, not a surprise considering only Watford had scored less than these two going in.

What was perhaps eye-catching about this one was the quality of goalkeeping on show. A handful of really good saves at either end kept the scoreline on mute, and it was a superb reaction stop from Tim Krul in the visiting goal that was the pick of the bunch.

The Dutch stopper looked dead set to be breached for the first time when Joelinton sent a header across goal, but he reacted with a flash, throwing an arm out to his left and tipping it behind. That’s 18 points from 25 games now for Norwich – not the worst record ever, but that’s about all we can say about it.

I love Crystal Palace. 礪礪❤️. Thank you very much for your support since always, from day one, in the good moments and in the bad moments. I will work hard. I always want to be better, learn day to day to be prepared. 理理3️⃣1️⃣ #CPFC #CPFCFamily pic.twitter.com/mlgyaBI4Lh

More or less every match-week

There were groans among the home ranks as Oliver Norwood’s corner floated in far too close to the Palace keeper, who rose to claim seemingly comfortably. It seemed innocuous, until a those groans turned into celebrations, and it became apparent that disaster had struck for the Spaniard.

He styled it out well, to be fair, immediately falling on it to cover his error, but the goal-line technology and subsequent replays betrayed him; he had clearly, inexplicably dropped it over the line under no challenge whatsoever. It needs to be seen to be believed, because why a goalkeeper would turn towards his goal-line when he’s in possession of the ball on his goal-line is anyone’s guess. 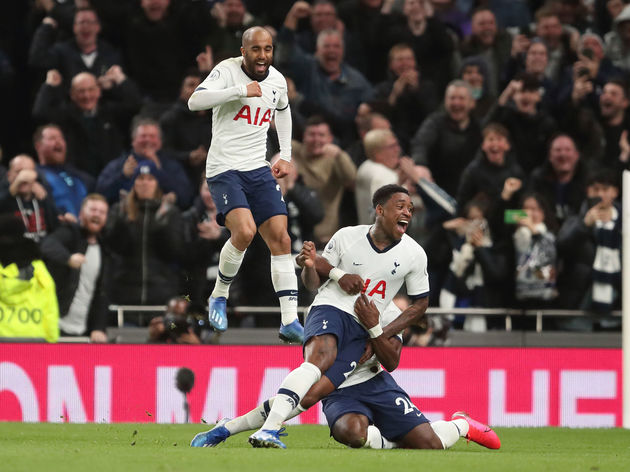 Bruno Fernandes, Sander Berge, Daniel Podence… in fact there were no less than nine Premier League debuts in the first round of fixtures since the January transfer window closed, so the competition for best debutant was always going to be fierce.

Only one of them, however, took the ball down on his chest before unleashing a lethal volley to sink the defending champions and secure a huge three points for his side.

Steven Bergwijn made quite the impression in his first game in a Tottenham shirt, and if he can keep up this sort of form then he looks like quite the acquisition.