Editor: ​”Right, so has anyone got any ideas for content, you know, now there’s no games on?”

Writer: “Yeah, and bear with me on this. Imagine the league got cancelled tomorrow… the Premier League has to decide how the league finishes somehow?”

Writer: “So, what I was thinking was… oh… I don’t know if you’re ready for this.”

Editor: “Come on mate, we haven’t got all day.”

Writer: “Sorry, here it goes. Imagine if the Premier League decided to have a 20-person Royal Rumble to decide who gets the title. Teams enter in reverse order, depending on where they finished in the table and each side has to nominate one player to wrestle for them. What do you think? Good idea for an article, right?”

Writer: “Are you still there?” ​First out of the tunnel is super babyface Todd Cantwell. He does his signature hair swish, only to realise that for obvious reasons this event is behind closed doors, so need for any showmanship tonight.

Let’s be honest. Much like ​Norwich this season, Cantwell’s approach would be easy on the eye – lots of top rope manoeuvres and lucha libre – but ultimately, he’s getting lumped out over the top rope early doors. ​Jack Grealish has been carrying ​Aston Villa all season, so of course he’s their entrant to the Rumble as well.

He gets eliminated when two other combatants team up on him, mirroring how Leicester and Southampton beefed up their marking of Grealish during their recent victories against the Villans. ​​Josh King is a few people’s dark horse, you know because used to be quite good…

Unsurprisingly though, seconds after entering the ring, King becomes the latest victim of ​Bournemouth’s injury crisis – pulling his hamstring and waddling backstage. ​Big Nige emerges through the curtain, grabs a microphone and cuts a lengthy promo in which he calls Boris Johnson an ostrich on no fewer than 48 occasions.

When he enters the ring, his experience fighting off wild dogs in the mountains comes in handy and he puts in a very impressive display. ​Perhaps as a tribute to the late, great Eddie Guerrero, Michail Antonio arrives to ringside in a Lamborghini. 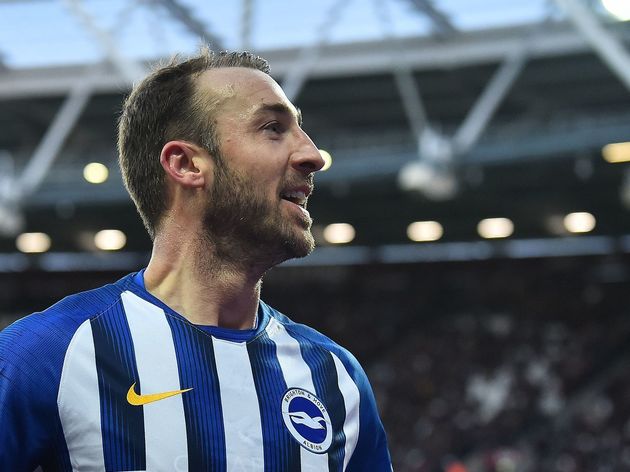 ​There’s some extra spice to this one as Glenn Murray has added the stipulation that if he gets eliminated then he’ll retire – Ric Flair and then some.

He doesn’t last long – because he’s really slow and old – and cuts an emotional farewell speech on the mic before riding off into the sunset on a white stallion. ​​Southampton were short on volunteers for the Rumble, until Angus Gunn courageously said he would do it. He says he’s here to ‘avenge what happened against Leicester’ before sprinting into the ring.

He doesn’t last long, somehow managing to get himself eliminated on nine occasions.

Don’t ask us how that’s possible, just laugh at the joke, please. Thanks. ​​Newcastle’s entrant has clearly be given a very clear set of instructions from Steve Bruce: “

The only problem is that Lejeune is very much alone, and as effective a method clinging onto the ropes like a sloth is, his resistance is eventually broken. ​​Everton receive special dispensation from the Premier League to have two entrants to the Rumble, on the grounds of them being besties for life.

The pair take an age to get the ring as they are dressed in outrageous garms and keep stopping to take selfies. Once they’re in the ring the inevitable happens, when they are dumped out after being distracted by a notification on their phone about a sale at Urban Outfitters. ​James McArthur has a score to settle with Nigel Pearson and immediately races over to the Hornets boss.

In the melee that follows both men stumbled over the top rope and fall to the ground where Big NIge begins to choke the Scotsman… you know, for old times’ sake. ​There’s no grappling, no somersaults, nothing resembling entertainment from Phil Bardsley. Nope, this guy is a straight up brawler.

It’s not the most effective method of throwing people over the top rope and eventually the defender is forced to retire when gets a phone call offering him a painting and decorating job that he ‘just cannot turn down’. ​​David Luiz’s wrestling style is… unique to say the least. Full of enthusiasm and lacking in concentration, the Brazilian bounces around the ring like a kangaroo.

Like always though, a mistake is never far away and three minutes after entering the ring he trips over his own feet – eliminating himself in the process. Typical ​Arsenal. Tanguy ​Ndombele starts proceedings well. Maybe he’s not as bad as his manager makes out?

Then, out of nowhere, José Mourinho appears, Hornswoggle-style from under the ring and blows salt in the Frenchman’s eyes. He is thrown out soon after. Mourinho’s vendetta against the Frenchman continues. ​The Fantasy Premier League managers’ favourite, John Lundstram enters the ring with the confidence of the man having the best season of his life.

He soon gets eliminated though. ​Sheffield United may be unstoppable as a team, but individually the players do not stand up to scrutiny at the elite level. ​Traore’s entrance causes quite the stir. The combatants were right to be worried as well… as the forward bench presses two men above his head before throwing them out of the ring with ease.

This juggernaut is going to take some stopping… ​By the time ​Harry Maguire enters, Adama has cleared the entire ring. There’s only one thing for it.

Starting his run up by the corner turnbuckle, Maguire spring head first into the forward’s rock hard abs. The impact forces both men to jolt back and they both end up hurtling over the top rope. ​A Royal Rumble isn’t complete without a surprise return and who better to have the honour this year than Ruben Loftus-Cheek.

His first taste of action since rupturing his achilles in May, ​Loftus-Cheek ticks off all of his signature moves before being eliminated inauspiciously. ​Hamza Choudhury’s only wrestling move appears to be two footing people from behind. ​Rumour has it ​Manchester City held a penalty shootout to see who would get the club’s spot in the Rumble.

Ederson was the only one in the entire squad to score so he enters the match second to last. He’s just as good at striking with his feet as he is with his hands. ​​Divock Origi bloody loves a last gasp goal and with ​Liverpool being afforded with the final entrant in the Rumble, Jurgen Klopp was clearly hoping that the Belgian could provide some more late brilliance.

He does not disappoint either, eliminating Ederson to clinch the match – and thus the ​Premier League title – for the Reds.

​Fireworks and confetti rain down on Origi who is stood on top of the turnbuckle, pointing at the WrestleMania sign attached to the roof. One dream at a time, eh Divock?