​FA Chairman Greg Clarke has warned the Premier League that he does not believe the season will be completed.

Clarke was one of several people who attended the league’s emergency meeting, which ultimately resulted in the suspension of the Premier League, EFL, Women’s Super League and Women’s Championship.

According to ​The Times, Clarke took the opportunity to admit that he did not believe it would be ‘feasible’ to complete the current campaign, given the UK government estimate the coronavirus will not peak until the middle of June.

With the number of confirmed cases tipped to rise, fulfilling fixtures could only get tougher from this point onward, but ​Premier League chief executive Richard Masters countered by insisting the temporary suspension of football would give everyone involved time to think of their next move.

It’s believed that one of the biggest concerns for both the Premier League and UEFA is losing huge sums of TV money, with the English top tier alone potentially losing around £750m if fixtures are not played.

Even if the FA and Premier League can agree to continue the season once play resumes on 4th April, there is no guarantee that all 20 clubs will come back. As noted by the ​Daily Mail, several teams have doubts over whether returning to action would be worth the risk of spreading the virus.

Thanks for your words and support.Feeling better already.We’re all facing a huge & unprecedented challenge.Everyone’s health is all that matters right now.Protect each other by following the guidelines & we’ll come through this together.Well done PL for making the right decisions pic.twitter.com/0rnwHmQWha

Several executives are believed to see the three-week suspension as insufficient, and some have even been tipped to flat-out refuse to play at the start of next month, regardless of what league officials say.

Clubs are concerned that more of their players could contract the virus as it approaches its peak, with eight separate sides already dealing with incidents close to – or in – their first-team squads.

Another fear is that returning to action on a specific date could be nearly impossible, given each diagnosis comes with its own 14-day isolation period. It’s seen as highly unlikely that every single member of every single team will be ready to go at one time.

Finally, there’s the issue of expiring contracts to address. 69 players are set to be out of contract at the end of the season, while some overseas stars have already agreed moves to England, including Ajax’s Hakim Ziyech – slated to join Chelsea in the off-season. 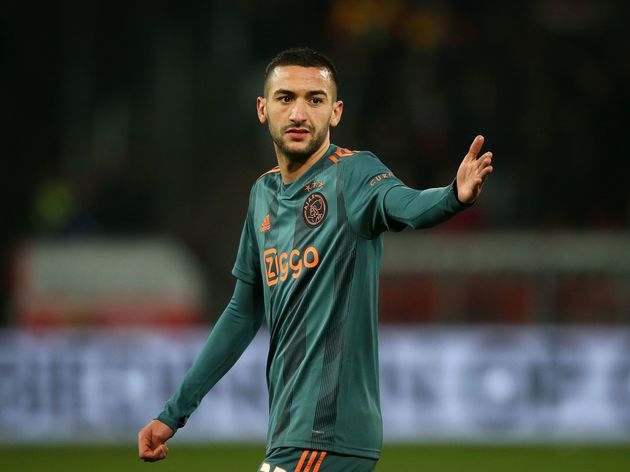 If the league has to run past 30th June, some players will no longer be employed by their clubs, while some transfers could be completed before the season even finishes. There are options to extend all contracts by 28 days in case of emergencies like this one, but only if all parties agree to do so.

With so many potential roadblocks, it is suggested that some clubs could simply refuse to return to action to try and protect their best interests.