Pierre-Emerick Aubameyang has revealed that he initially joined Arsenal because of his admiration for the club’s ‘big history’ and to follow in the footsteps of his idol Thierry Henry.

The Gabonese international became Arsenal’s most expensive signing when he completed his move to the Emirates from Borussia Dortmund in January 2018, and last season he ended the campaign as the Gunners’ top scorer, winning the Golden Boot.

However, it wasn’t always easy going for Aubameyang, who grew up in France and almost gave up on his professional career, having to fight against adversity and overcome doubts about his own ability to become a football star. 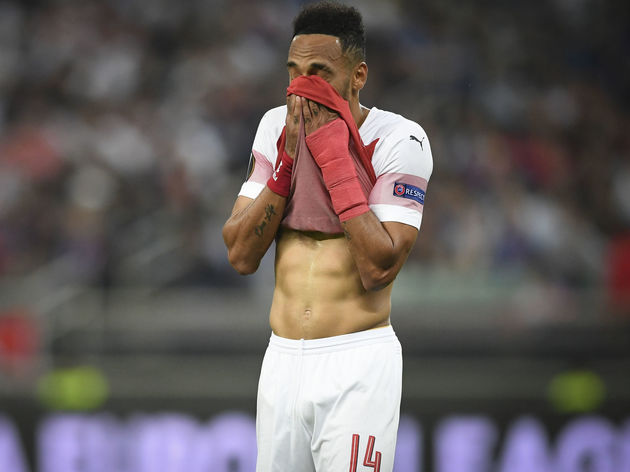 official website, Aubameyang has revealed just how close he was to quitting football during his youth after enjoying unsuccessful spells at Laval, Rouen, Bastia and ​Milan’s junior system.

At one point, ​Aubameyang spent six months without playing for a club and focusing only on training and ‘thinking positively’ at home.

“I’d had some problems with my knees, and I couldn’t run as fast as I had been able to, so I fell out of love with football for a bit,” he said. “I didn’t have a club, I wasn’t at school, I was just at home trying to think positively.

“I’d had some problems with my knees and I couldn’t run as fast as I had been able to, so I fell out of love with football for a bit.”

The star worked hard and he’s now one of the best strikers in the world.

“It was hard at the time and I did think about quitting, but every day I kept training hard. I don’t know why, but I thought that I had to train hard because you never know in life, something can happen.

“Then after six months of hard work, my father called me and said, ‘Are you ready to go training with a team?’ and I said, ‘Yes of course!’ because I had worked for six months for that opportunity.

“That was when I started to train with Bastia and from there, that was the start of my professional career.” Aubameyang went on to reveal that the main reason he decided to move to north London was his admiration for Arsenal’s ‘big history’ and his idol Thierry Henry.

“[Henry] was always an example for strikers and because I am also fast and score goals, I always looked up to him,” he added. “He’s the reason why I took the number 14 shirt.