With the bulk of their pre-season friendlies out of the way, Arsenal must now begin to focus their attentions onto their opening Premier League game at Newcastle, which is just under two weeks away.

Despite the loss to Lyon in the Emirates Cup, it’s been a positive pre-season for the Gunners. They’ve recorded victories over the likes of Real Madrid and Bayern Munich, while the ​​signing of ​Nicolas Pépé is a major positive for the club.

This season very much represents a ‘make or break’ season for Unai Emery. Arsenal fans could accept the fifth place finish as they adjusted to life without Shkodran Mustafi (CB) – The much-maligned centre-back was loudly booed by ​Arsenal fans when he came on against Lyon yesterday. Criticised over the last couple of seasons for a variety of defensive mistakes, Mustafi is unfortunately the best partner for Sokratis until Arsenal find an adequate replacement. Sokratis Papastathopoulos (CB) – The Greek international is the best option Arsenal have at centre-back, which speaks volumes about the quality of the Gunners’ defence. Still, he’s pretty good in the air and is undeniably a quality defender. Granit Xhaka (DM) – The Swiss midfielder really came into his own last season and has featured heavily in Arsenal’s impressive pre-season, perhaps unexpectedly showing himself to be one of the best players the Gunners currently have. Lucas Torreira (DM) – This one’s a little risky, the Uruguayan is set to return to training this week after representing Uruguay at the Copa America this summer, so he might be fit and ready to go by the 11th August. Torreira had an impressive debut season at the Emirates and certainly represents a better option than Matteo Guendouzi and Mohamed Elneny. 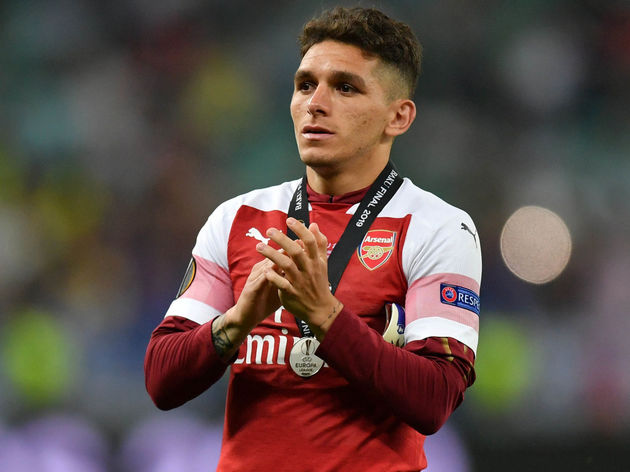 Nicolas Pepe (RW) – The club record signing will more than likely make his Arsenal debut on the first day of the 2019/20 Premier League season. Dani Ceballos (AM) – Ceballos isn’t an attacking midfielder, but he has played there before and arguably deserves a chance in that position over Pierre-Emerick Aubameyang (LW) – Emery has preferred ​Aubameyang on the wing through pre-season and has thrived in that position throughout his career. The Gabonese forward was sensational for the Gunners last season, notching 31 goals in 51 total appearances.