Manchester United and France midfielder Paul Pogba has revealed he supported Arsenal while he was growing up in the eastern suburbs of Paris.

The 26-year-old admired the likes of Thierry Henry, Patrick Vieira and Robert Pires, who were all part of the 1998 World Cup winning squad. 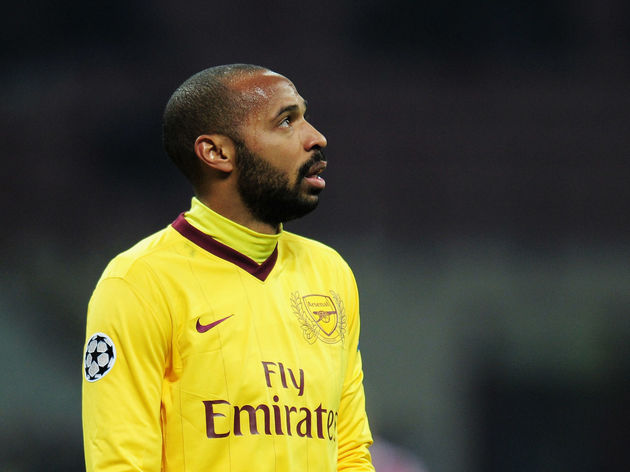 Initially, the former ​Juventus star mostly focused on the legendary striker as he played as a number nine in the early stages of his career.

​Speaking to The Times’ new Life Times ​podcast, Pogba said: “I was an ​Arsenal fan. Arsenal and the French national team. I really loved the 1999/2000 team.

“You know with Thierry Henry, Patrick Vieira, (Sylvain) Wiltord, Pires. I loved Thierry Henry. I was a really selfish player. At the time I was a striker, number nine.

“Then I went back and back and finished in the middle. The pitch was hard, cement. You better not fall! Now my friends can’t believe that I pass the ball.” Henry and Vieira were both Arsenal players in 1999, with Wiltord and Pires joining their fellow countrymen the following year.

Arsene Wenger’s side went on to win a ​Premier League and FA Cup double in 2001/02, with Thierry Henry winning back-to-back PFA Player of the Year awards in 2003 and 2004.

It remains unknown if ​Paul Pogba was ever on Arsene Wenger’s target list, but the French midfielder’s dream of playing in England came true when Sir Alex Ferguson signed him for ​Manchester United in 2009 from Le Havre. Pogba spent two years with the Red Devils’ academy, eventually making his debut in 2011. A year later he joined Juventus, only to return in 2016 for a then world-record fee of £89m.

Since the arrival of Ole Gunnar Solskjaer at Old Trafford, the 26-year-old has had a revival in his form, which led to 13 goals and nine assists in the 2018/19 Premier League campaign. He was also named in the PFA Team of the Year. The French national, however, is currently being linked with a potential summer exit with both ​Real Madrid and Juventus interested in his signature.