​Paul Merson has been mocked by Arsenal supporters following his suggestion that Unai Emery should hand David Luiz the captaincy at the club.

Luiz has had a disappointing start to life in north London, conceding two penalties in his opening five league games since joining from Chelsea last month. 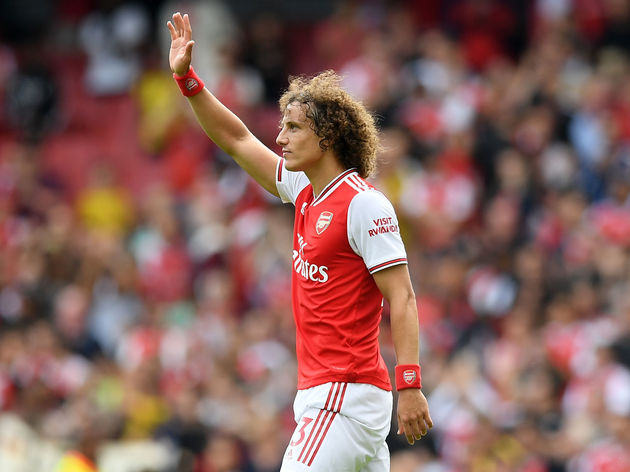 However, Merson has claimed that he should be given extra responsibility, having won major trophies during his time at Chelsea and Paris Saint-Germain.

“David Luiz has got to be captain, he’s a serial winner. People have a go at him because one week he’ll be a 2/10 and the next a 9/10, but he’s going to play every week,” he wrote in his Sky Sports column

Merson’s claim was not well-received by the club’s fans, who took to Twitter to ridicule the former Arsenal player.

Hell no…Luiz should be no where near any leadership position.

Emery has largely trusted midfielder Granit Xhaka with the captaincy so far this season, despite the Swiss international being a divisive figure himself.

However, one Arsenal fan gave his own thoughts as to who would be more suited to the role, naming striker Pierre-Emerick Aubameyang

No way. Absolutely not. Aubameyang should be captain.

Meanwhile, Xhaka was jeered by his own supporters when he was replaced after the break, and Arsenal came to life once he was taken off, scoring two late goals to secure all three points. This means that Emery may have a decision to make on who his next permanent captain will be if Xhaka is no longer worthy of a place in the team.