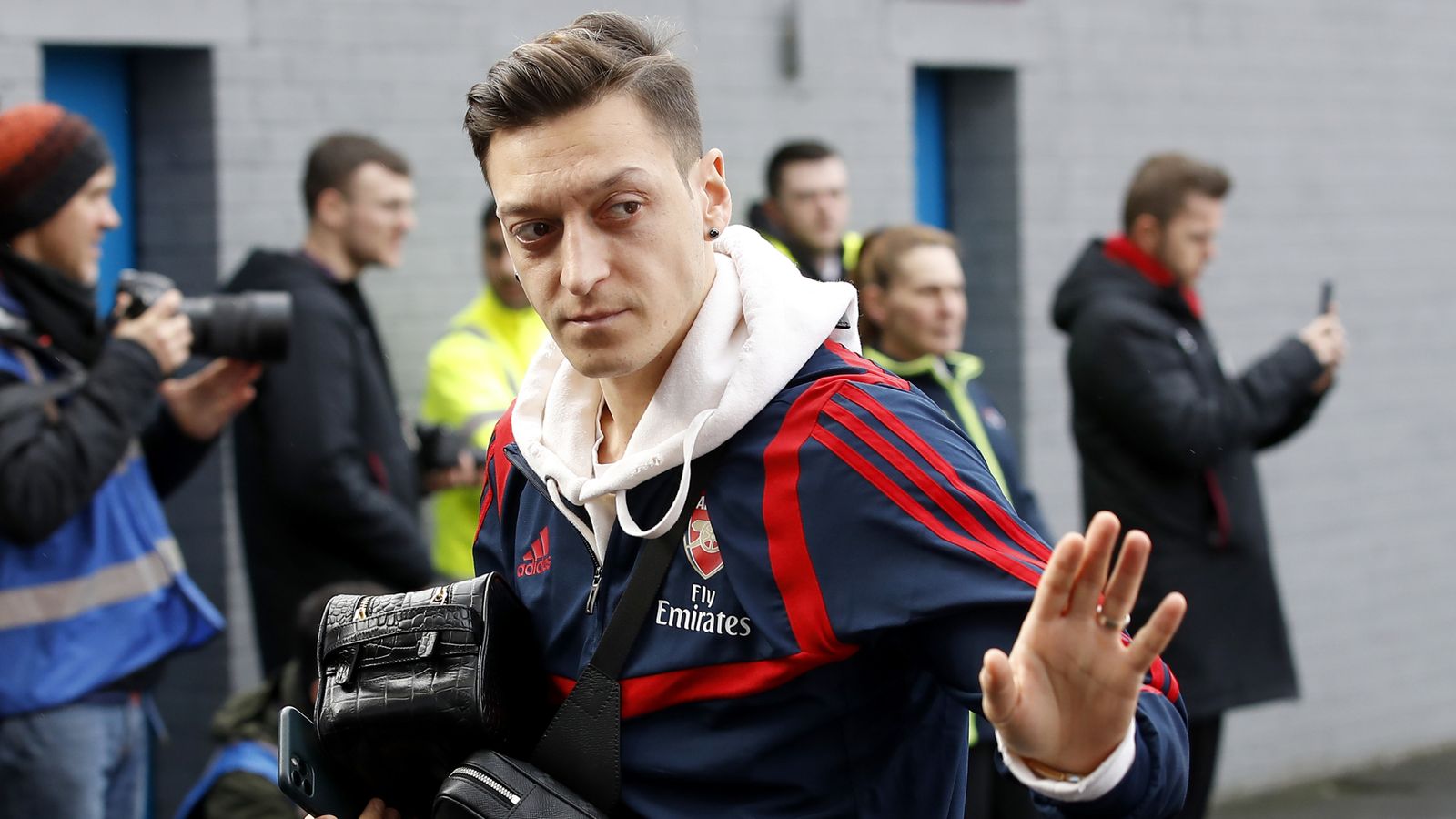 Mesut Ozil said goodbye to his Arsenal team-mates and club staff at London Colney on Sunday before flying to Turkey ahead of a medical with Fenerbahce.

Ozil is expected to join Fenerbahce as a free agent once an early termination of his Arsenal contract – which had been due to expire in the summer – is finalised.

The paperwork is expected to be completed in the coming days before Ozil signs a three-and-a-half-year deal.

On Sunday, Fenerbahce publicly declared they were in negotiations to the former Germany international. They informed investors and the Borsa Instanbul (Turkish stock exchange) about the start of negotiations with the player.

The club confirmed that Ozil was travelling from London to Istanbul, Fenerbahce’s official Twitter account posted: “Club Statement: Our club is bringing Mesut Ozil to Istanbul to continue the transfer processes.”

Club Statement: Our club is bringing Mesut Özil to Istanbul to continue the transfer processes. pic.twitter.com/Wt0gR8xRSk

Ozil also posted a picture of him and his family from their Sunday evening flight.

He earlier gave a brief phone interview with NTV in Turkey earlier in which he confirmed he’d arrive in the early hours of Monday to complete the move.

“I am a Fenerbahce fan,” Ozil said. “That is why I am very happy to be coming to Turkey with Fenerbahce. I’m very excited. God gave me the chance to wear this jersey as a Fenerbahce fan. God willing, I will carry it with honour and do everything I can for the team.

“Of course, I’m missing a few matches. I haven’t played in a match in a while, but I am physically fit, I have no issues.”

The 32-year-old, who is Arsenal’s highest earner, has not played for the Gunners since March after being frozen out by manager Mikel Arteta.

Ozil was not registered in Arsenal’s Premier League and Europa League squads this season and has been free to talk to other clubs since the beginning of January with his Gunners deal expiring in the summer.

The developments come after progress was made in talks between Arsenal technical director Edu, Fenerbahce director Emre and Ozil’s agent. The Gunners made it clear they wanted Ozil to leave in January.

Ozil’s wages – he currently earns around £350,000 per week – are not expected to be a problem, and it is thought he will forego a portion of the outstanding pay on the remainder of his Arsenal contract.

Fenerbahce are under increasing pressure to meet financial fair play regulations and made it clear throughout the negotiation process that they would be unable to pay any significant transfer fee to Arsenal.

The club will be helped by part of Ozil’s overall income agreement being funded by the Istanbul-based Exxen Media Group, which in return will retain some of his image rights.

Emre – who spent three years as a player with Newcastle – believes Ozil can play a key role as a mentor to Fenerbahce’s young players.

Ozil’s representatives were also in talks with MLS side DC United. In a Twitter Q&A earlier this week, Ozil expressed his desire to play in Turkey and the US before he retires.

Ozil, who arrived at Arsenal from Real Madrid in 2013, scored 44 goals and registered 77 assists in 254 appearances for the club.

‘Ozil has always had different sides to him. Good and bad. Jaw-dropping and head-scratching. But few players can match his technical brilliance. Few can even see the game in the way he does, let alone do the things he does with the ball at his feet.

‘His first two years in north London yielded back-to-back FA Cups either side of a World Cup triumph with Germany. But on an individual level, it was only in his third that it truly clicked for him at Arsenal. His 2015/16 season was an intoxicating display of craft and creativity.

‘Over the course of that campaign, Ozil had a direct hand in 28 goals in 45 appearances. He provided 19 assists in the Premier League, one short of Thierry Henry’s record, and created 146 chances, a staggering total which remains the highest in a single season since Opta started taking records almost two decades ago.’

The winter transfer window is open until Monday, February 1 at 11pm.

Follow all the news and analysis on Sky Sports News and across Sky Sports‘ digital platforms, including our dedicated Transfer Centre blog.