Mesut Ozil has confirmed he will sign a new contract at Arsenal if Arsene Wenger signals his intent to stay on as manager.

The playmaker’s current deal expires in the summer of 2018 and, like Alexis Sanchez, he has yet to agree terms to extend his stay at the Emirates Stadium.

Ozil insists, however, that he is enjoying life with the Gunners and simply waiting to be offered more clarity on the club’s managerial situation, with Wenger’s own contract due to expire in six months’ time.

“I am very, very happy at Arsenal and have let the club know that I would be ready to sign a new contract,” Ozil told Kicker. “The fans want that I stay and now it is just down to the club.”

“The club also knows that I want to be clear what the manager is doing to [in the future].”

Ozil has enjoyed another impressive campaign thus far, scoring nine goals and registering six assists across the Premier League and Champions League, but has had to deal with frequent speculation regarding his future.

Former Arsenal forward Thierry Henry has accused the German – as well as Alexis – of “holding the club ransom” by refusing to sign unless he is offered a significant increase to his salary, but Ozil rebuffed that suggestion.

“Everybody has the right to say his opinion,” said the midfielder. “But these statements do not interest me, they do not affect me. Such ex-players, or other people who have their say, do not know what is actually spoken between the club and me.” 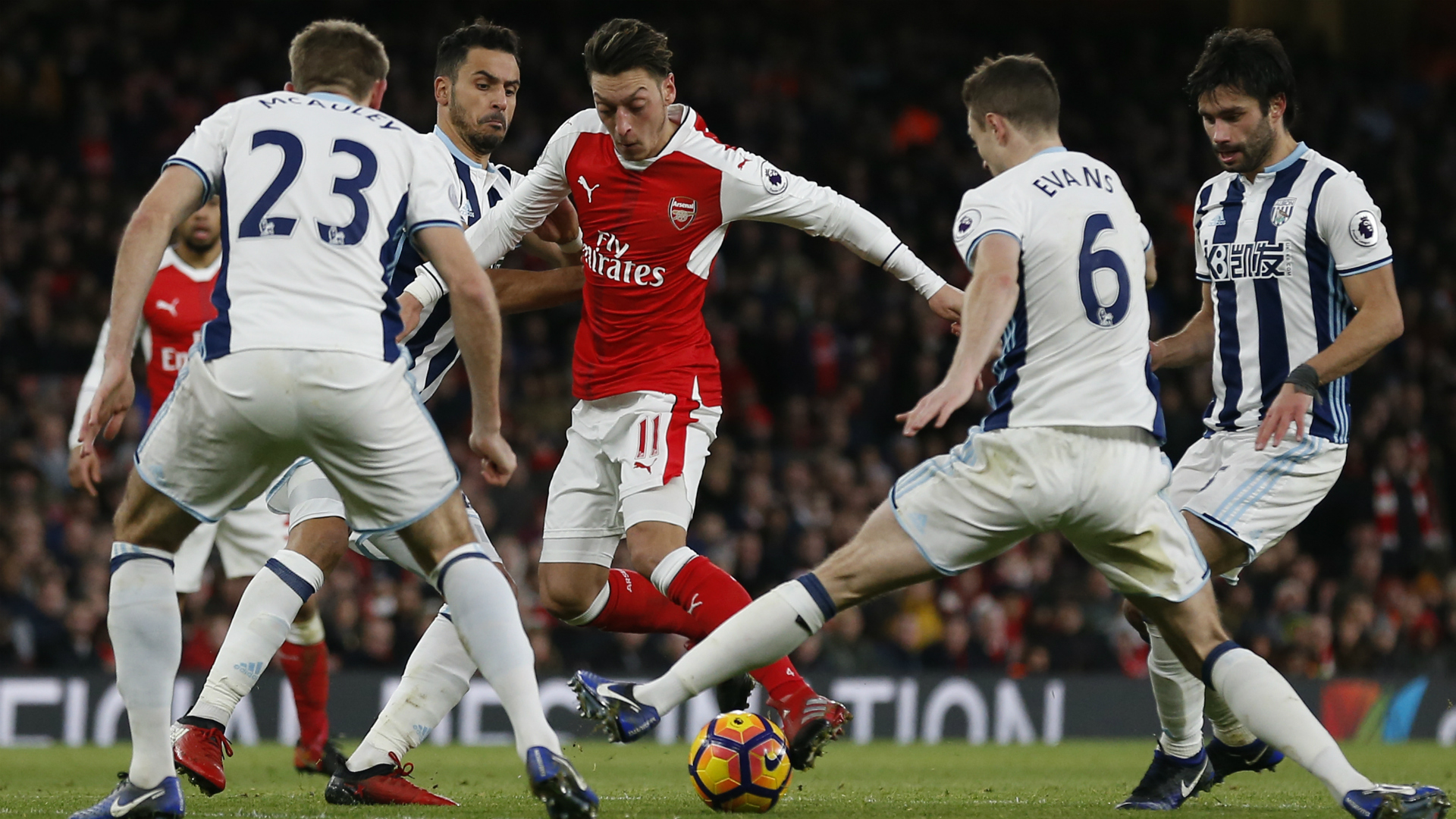 Ozil and Alexis have both been linked with potentially lucrative moves to the Chinese Super League, with Chelsea midfielder Oscar leaving England for the Far East this month.

Wenger, however, has stated that he has no intention of selling Ozil and would fight to secure his long-term future in north London.

Wenger said: “I can give no assurances on their Arsenal future, but 18 months is quite long in football.

“They are completely committed and try to do well. We are trying to extend their contract. But when you negotiate, the less you talk about it, the better it is.

“Players like Ozil and Alexis make a lot of money and have the privilege to make a choice where they want to play. We will do anything to get them to extend.

“We will not sell Ozil. They will definitely stay for 18 months and hopefully for much longer. I will not consider selling them at the end of the season.”