A quick Google search reveals that aside from a smattering of lower league contests in Brazil, Turkey and… Angola, there is not a lot of football on today.

Lucky then, there is over 150 years of football history to reminisce about.

In today’s look back at the ghosts of footballing past we remember the birth of a famous club, a famous victory for Fulham and ​Arsenal losing a game that they probably should have won.

​​The Wanderers and Old Etonians. Two names that have no meaning in the modern footballing vernacular.

However, back in the late 1800s, these two sides were the cream of the crop in England, regularly reaching the FA Cup final.

34 Eredivisie titles, 19 KNVB Cup’s, and 4 European Cups have followed among many other trophies.

​​Johan Cruyff, Marco van Basten, Wesley Sneijder. None of these legends would have gone on to have the same illustrious careers if it was not for the founding of AFC Ajax on this day in 1900.

Since their formation, Ajax have gone on to become the most successful clubs in Dutch history. So far, they have won four European Cups, 34 Eredivisie titles and a host of other major honours.

​With progression to the Round of 16 confirmed, Sir Alex Ferguson rung the changes for Manchester United’s final Champions League group game against Deportivo de La Coruna.

Out went Ruud van Nistelrooy, Paul Scholes and David Beckham, to be replaced by such ​United stalwarts as Michael Stewart, Mark Lynch and Lee Roche.

Unsurprisingly, the Red Devils fell to a 2-0 defeat with Lynch even scoring an own goal. Never mind, there’s always next time… oh, it was his only appearance? Damn. 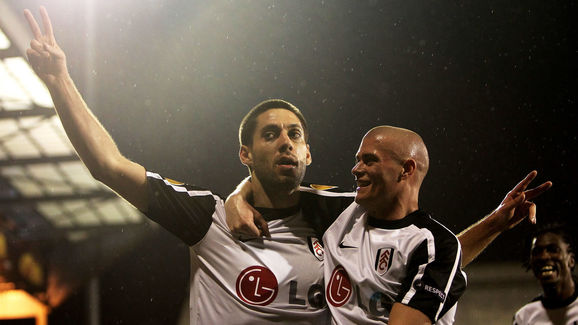 ​When David Trezeguet swept home after just two minutes to make it 4-1 on aggregate in Fulham’s Europa League Round of 16 tie against ​Juventus, only the most blindly optimistic of Cottagers would have thought their side had any chance of progression.

Sometimes though, football does not defy logic and expectation. This was one of those occasions.

First, Bobby Zamora pulled one back and then just before the half hour mark former Ballon d’Or winning centre-back Fabio Cannavaro received his marching orders for bringing down Zoltan Gera.

This kick-started a legendary Fulham comeback which was completed ten minutes from time, courtesy of an audacious Clint ​Ahhhhh, #WengerOut – a long forgotten hashtag of a much simpler time.

The movement to get the the Frenchman ousted from the Arsenal hotseat reached a fever pitch on this day in 2017, when the Gunners fell to a 3-1 defeat against West Brom. Craig Dawson bagged a brace – both almost identical headers from two corners – while Hal Robson-Kanu and Alexis Sanchez also scored.

It was the club’s fourth defeat in five games and the travelling faithful brought a truck load of anti-Wenger signage, each more inventive than the last. 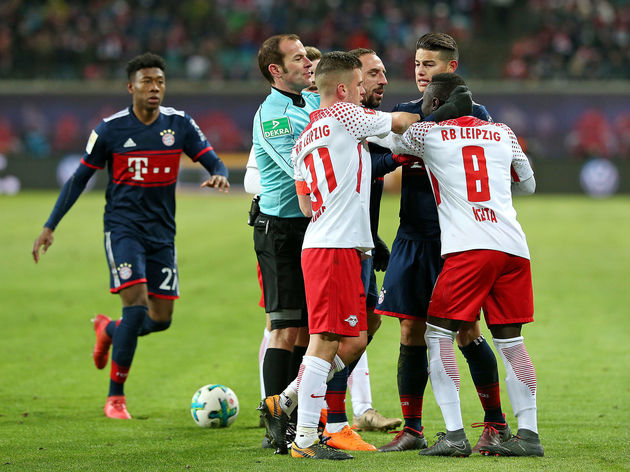 Naby Keita and Timo Werner – who could be reunited at ​Liverpool next season – grabbed the goals for the home side after ​Bayern had taken the lead through Sandro Wagner.

In the end, as impressive as the result was, it had little impact on the Bundesliga. Die Roten still romped to their sixth consecutive title by 21 points.